What Would’ve Happened If We Had A Flat Earth? 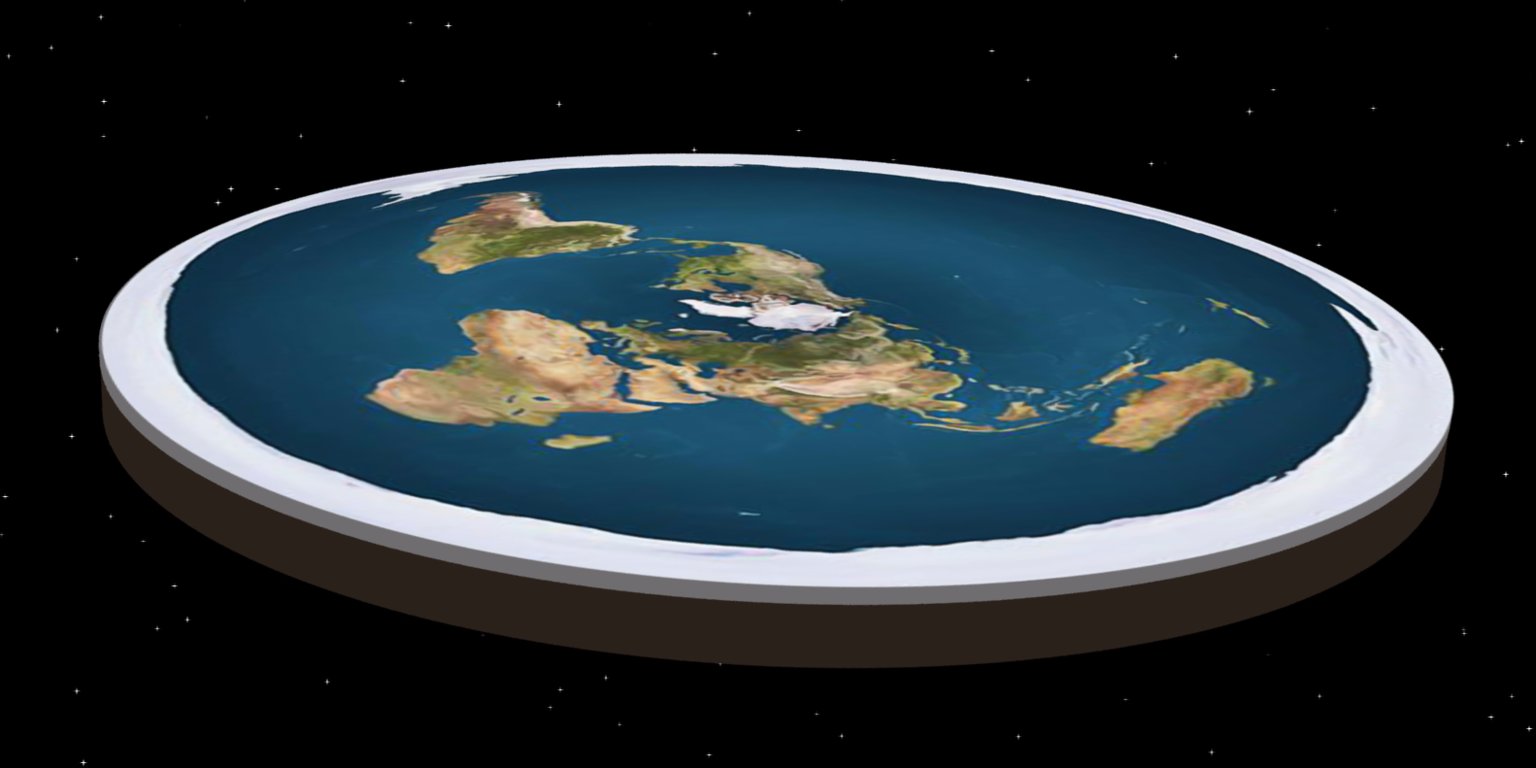 Flat earth. One of the great lies told to schoolchildren is that the whole round-earth thing was first proposed by Christopher Columbus, sailing toward the edge of the Earth in hopes of encountering India. The truth is Columbus knew exactly what he was doing because people have been aware of the shape of the Earth for centuries. The ancient Greeks knew the Earth was round all the way back to Aristotle in 350 B.C. And Aristotle wasn’t exactly the lone outlier, either.

Certain (mostly educated people) for some reason have convinced themselves, in present times, that the idea of a round Earth is merely some ginormous conspiracy to, um … ??? To do something.

However, here are few pointers of would happen if the Earth was flat:

But First, A Primer On Insanity 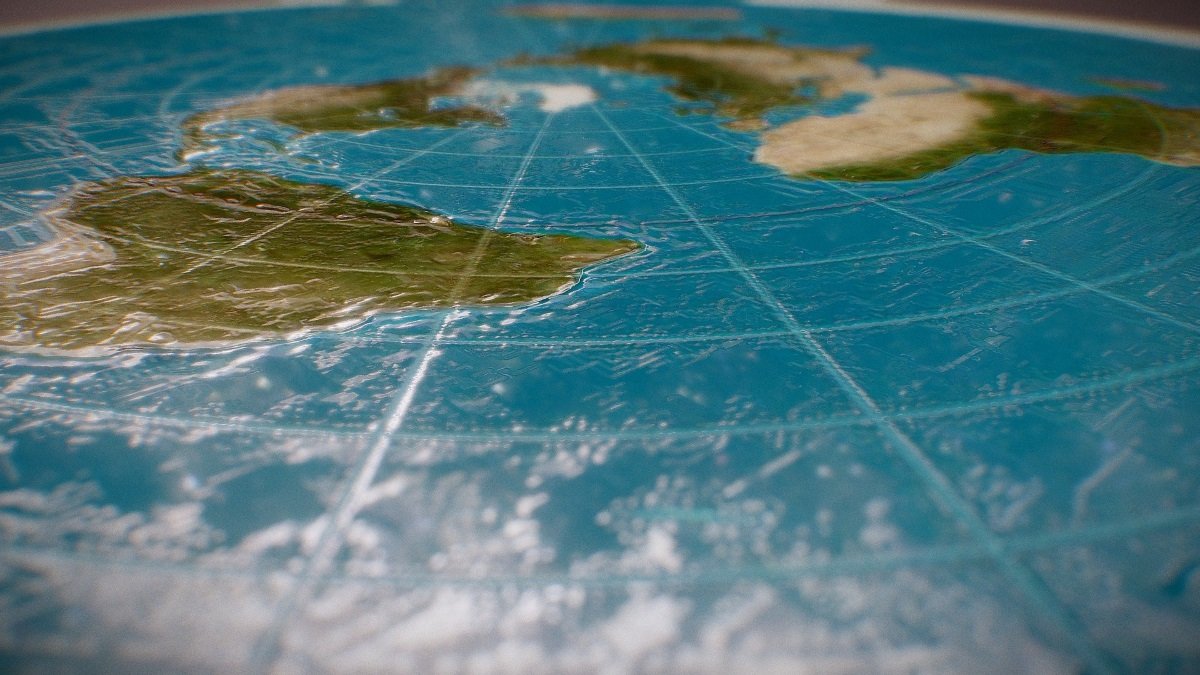 Flat Earthers call their ideas a “model,” because that does make it sound all valid and science-y.

So how exactly does a flat Earth function? First of all, Earth isn’t a planet, and it sits at the center of the solar system while all the actual planets circle around it for reasons that’s not really very clear. The North Pole is in the middle of the disk called Earth and there’s a wall of ice all the way around the outside. (This is maybe Antarctica, just really stretched out?)

The Sun doesn’t rise and set, it more kinda shines down like a spotlight and points at different parts of the Earth through the day. Oh and the sunset is really just a “perspective effect,” whatever that means.

So, let’s inspect how things will go on a flat Earth:

You Would Actually Not Fall Off The Edge 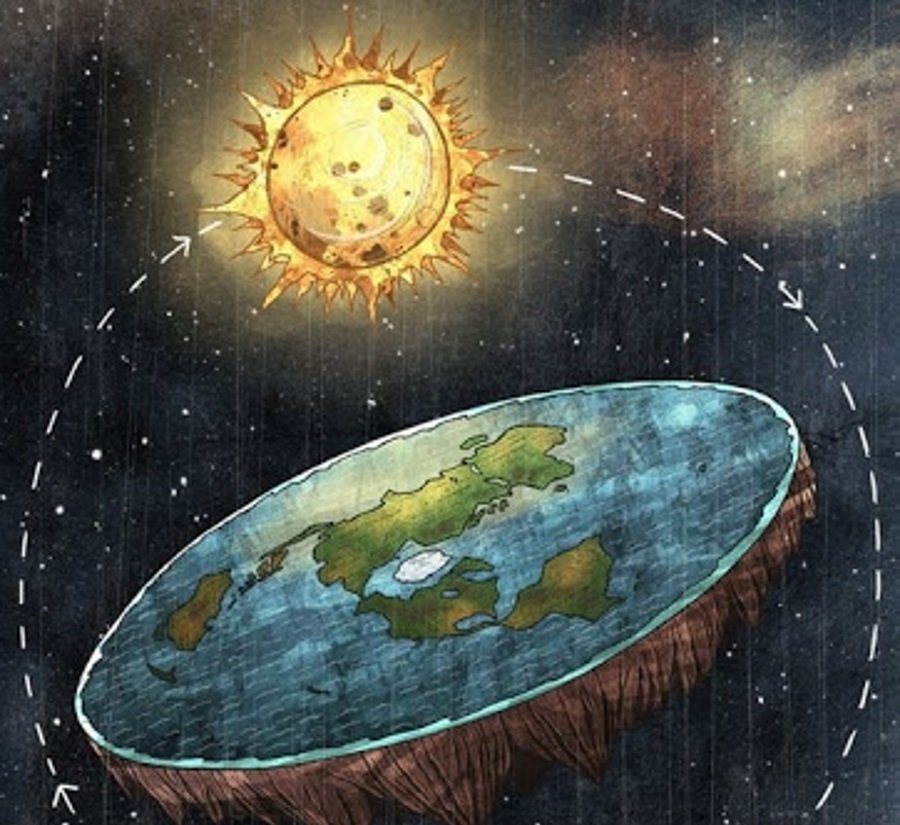 Gravity, according to NASA, is “the force by which a planet or other body draws objects towards its center.” Because the Earth is a ball, all things on its surface are drawn in the same direction: straight down. Incidentally, gravity would also totally preclude the Earth actually being flat because it would eventually make the planet collapse into a spherical shape (which is why all planets are spheres), but never mind.

Let’s say for some reason the Earth kept its flat shape and gravity continued to do its thing. If you were in the center of the Earth-disk (which most flat Earth maps say is the North Pole), you’d experience gravity pretty much the way we experience it on our round Earth. But as you got closer to the edges, things would get weird.

According to Vsauce, approaching the edge would be like walking up a progressively steeper hill, even though you’d be on flat ground. That’s because gravity would pull you towards the disk’s center. So really, you wouldn’t have to worry so much about falling off the edge as you’d have to worry about falling backward.

Neighborhoods On The Edge Would Be Really Freaky Looking 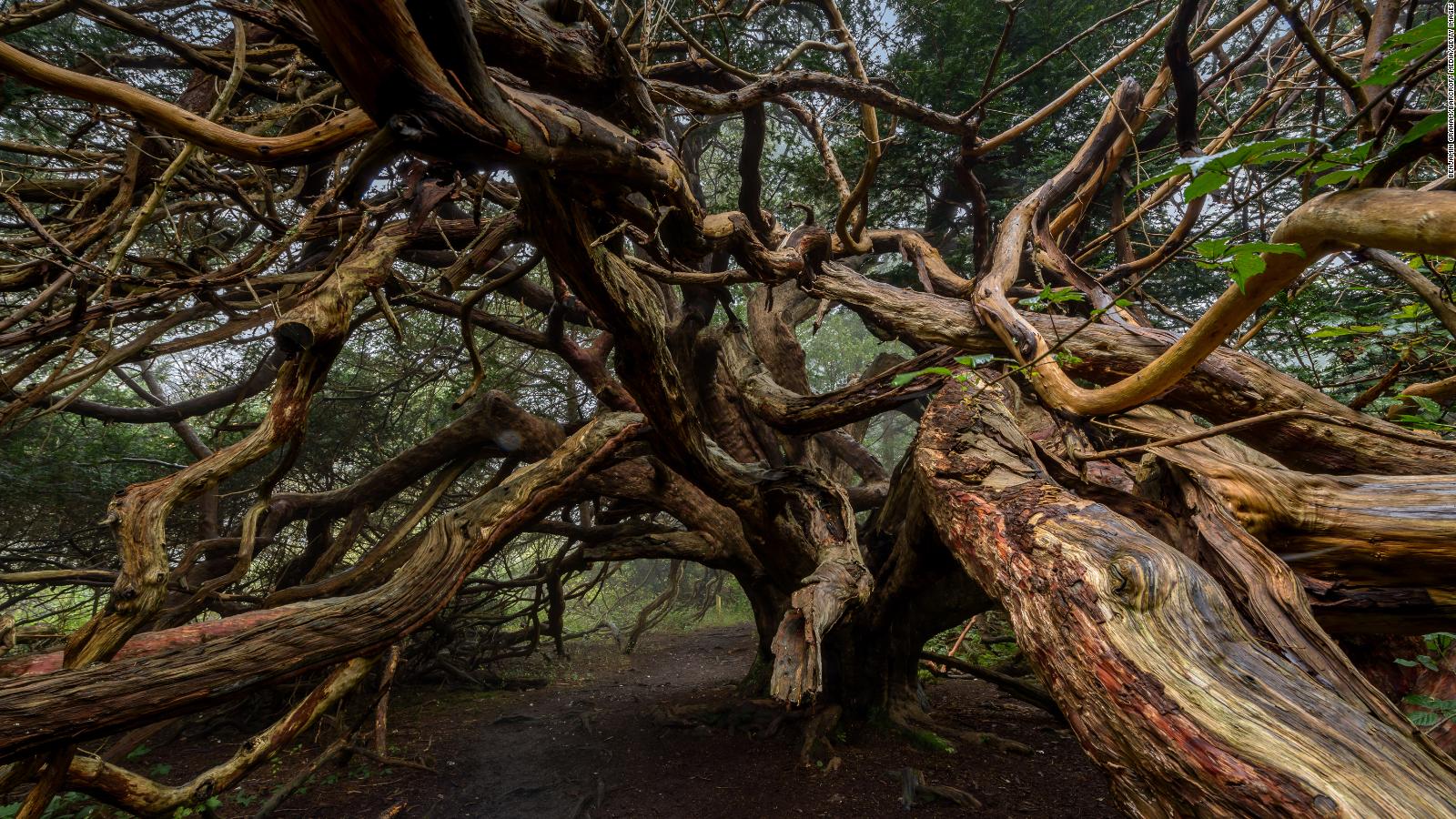 On a world where gravity is all mucked up at the edges, there would be some strange-looking forests — that is if you completely leave out the part where there wouldn’t be any water on the edges of the Earth because gravity would pull it all back to the middle of the disk.

But anyway, if the trees were somehow able to pull water out of the air (and let’s face it, on a flat Earth anything is possible) they would all grow at a very strange angle. According to the Earth Institute, trees grow opposite from the pull of gravity. So on those extreme outer edges of the planet, where gravity is pulling everything at an angle back toward the center, the trees would actually grow diagonally.

Moreover, the neighborhoods would be really funky-looking since we’d also be building houses and other buildings to compensate for the strange pull of gravity. We would have to build sloping concrete platforms for all our buildings so the occupants would feel the pull of gravity straight down instead of at an angle. All those diagonally sloping trees, crooked flower beds and pedestrians who are constantly having to fight gravity just to get to a Starbucks would make human neighborhoods really bizarre places.

Travelling To The Edge Of The World Would Be A Thing 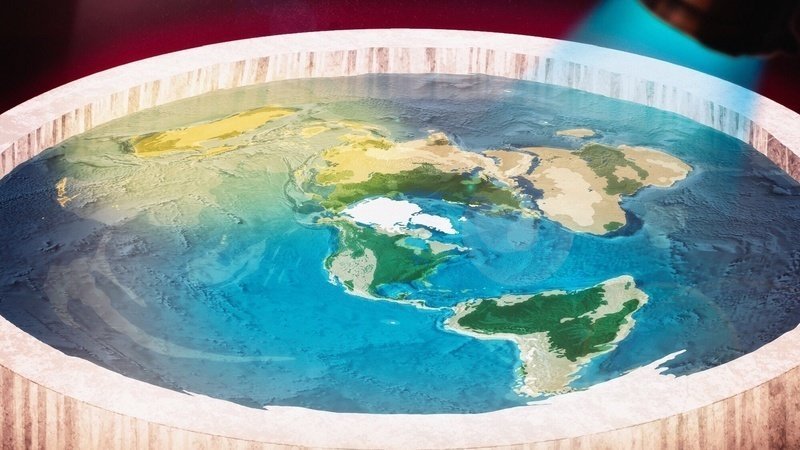 Most flat Earth models say there’s an ice wall that surrounds the planet, which may or may not be guarded by roving bands of NASA employees and Jon Snow, and may or may not have White Walkers on the other side. At any rate, the ice wall would be so massive that, like America’s southern border, it would be impossible for ICE agents (har har) to survey the entire length of it 24 hours a day, 365 days a year.

Knowing how humans are about extreme physical challenges — like trying to climb to the top of Mount Everest despite knowing that the place is littered with the corpses of those who didn’t make it — does anyone truly believe that it has never occurred to anyone anywhere on planet Earth to journey to the edges of the planet, climb the ice wall and see what’s on the other side?

On a flat Earth, not only would climbing the ice wall totally be a thing, but you wouldn’t be able to escape from all the live-streamed stories of adventures to the wall.

Regardless, there’s just no way the ice wall would remain unseen at this point in human history, not to mention everything else that would turn out to be totally fabricated, like all the times that human beings actually did cross Antarctica.

Life On Earth Wouldn’t Be Possible Anyway, So There’s That 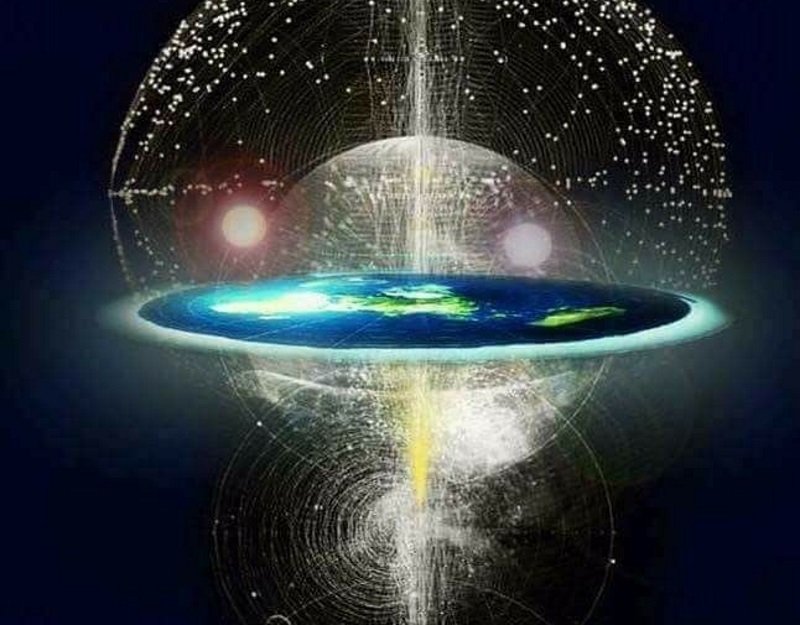 So all of this is assuming that the Earth would even still exist, if it had formed as a flat disk instead of a globe, and if it did, that life would even be possible here. Because our round Earth has a magnetic field and the Earth Institute tells us that the planet’s magnetic field is generated in its core. On a flat Earth, there would have to be something else, like a subsurface ocean of liquid metal, that could stand in for the Earth’s solid core. But even then, an ocean of liquid metal wouldn’t rotate, so it wouldn’t create a magnetic field.

So that means the Earth would be vulnerable to the Sun’s charged particles, which would rain down on the planet and destroy the atmosphere. And then, the air and water would all fly out into space, which would really make everything else we’ve been talking about would all cease to matter because life on Earth wouldn’t be possible anyway.

All The Scientists Would Turn Out To Be Liars Who Are Really, Really Good At Keeping Secrets 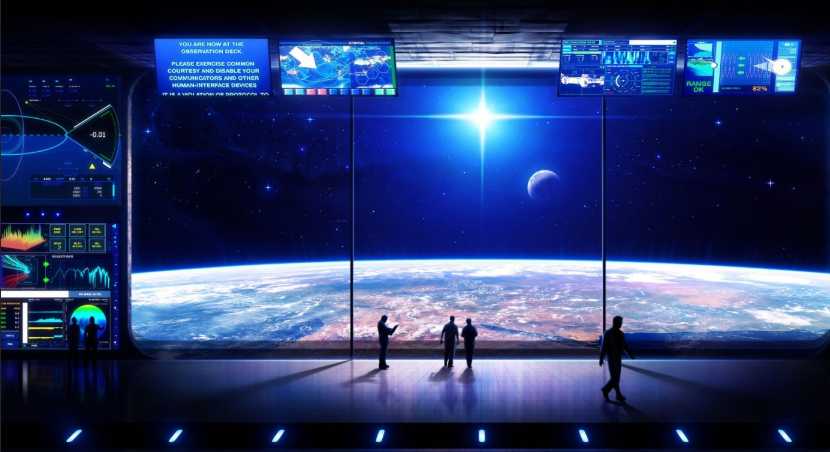 Finally, every scientist and politician on Earth would have to be a sociopathic liar engaged in the world’s most intricately articulated conspiracy – one that has not only lasted thousands of years but has involved millions of people and has somehow, in all that time, not suffered from a single information leak or drunken confession.

This conspiracy would have to include every scientist who ever lived, every supposed astronaut, every person who has ever been involved in any space mission – all the way down to the people who manufacture GPS devices. These devices would somehow have to be designed to convince pilots they’re flying from east to west when they’re actually flying in circles above a flat disk.

And this massive, worldwide conspiracy would have to be so impenetrable that not a single truth-seeker could infiltrate it. And let’s say that this science conspiracy did fall apart one day — we would no longer be able to trust anything science, governments or astrophysicists have ever told us.

So there is this big, overarching question: ‘Why?’ What exactly does science has to gain from lying to us about the shape of the Earth? Without an answer to that question, everything else becomes moot anyway.