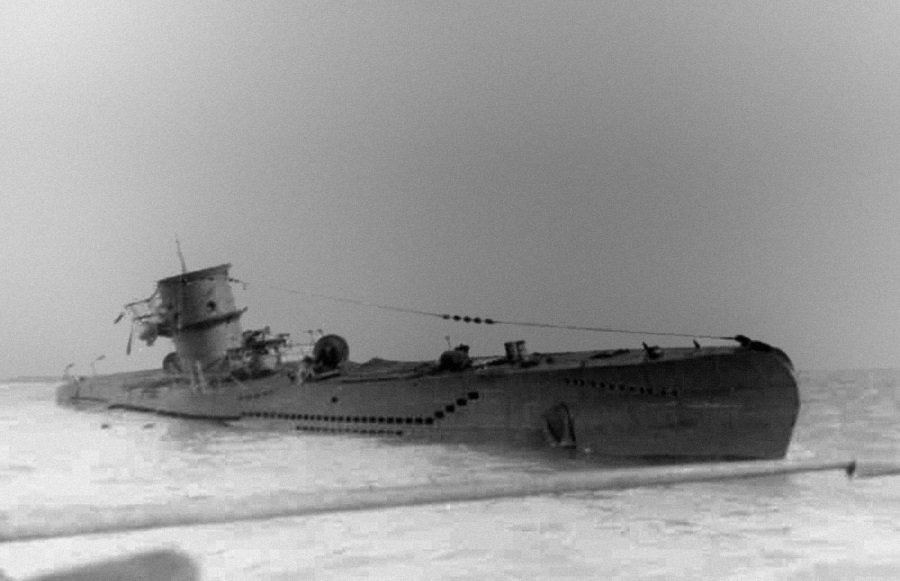 Bomber plane captures U-Boat. On August 27, 1941, U-boat U-570, captained by Kapitanleutnant Hans-Joachim Rahmlow, surfaced off the coast of Iceland. Almost immediately, it was spotted by James Thompson, the acting leader of a British squadron based in Iceland who was on an anti-submarine patrol. Immediately, Rahmlow ordered a crash dive, but it was too late. Thompson’s Hudson bomber dropped four depth charges, one of which dealt a critical blow to U-570, knocking out the lighting system.

Being inexperienced in U-boats and commanding an inexperienced crew, Rahmlow panicked and surfaced again, fearing the release of deadly chlorine gas. When a number of the crew came up on deck, Thompson attacked the U-boat with the plane’s machine guns. The crew soon realized the futility of fighting the aircraft in rough seas and surrendered. Amazed, Thompson flew in for a closer look, but no other attempt was made by the crew to defend their vessel, fearing more depth charge attacks. Thompson then radioed for more planes and to alert the Navy to collect the U-boat.

In the time it took for the Royal Navy armed trawler to arrive, the U-boat crew destroyed the code books and Enigma machines on board. U-570 was then towed back to Iceland and beached to prevent it from sinking. The boat was repaired, and it was discovered that there was no evidence of chlorine gas. A more experienced crew would probably have escaped. U-570 was then placed into service with the Royal Navy as HMS Graph. The surrender of U-570 remains the only time a submarine has surrendered to an aircraft.