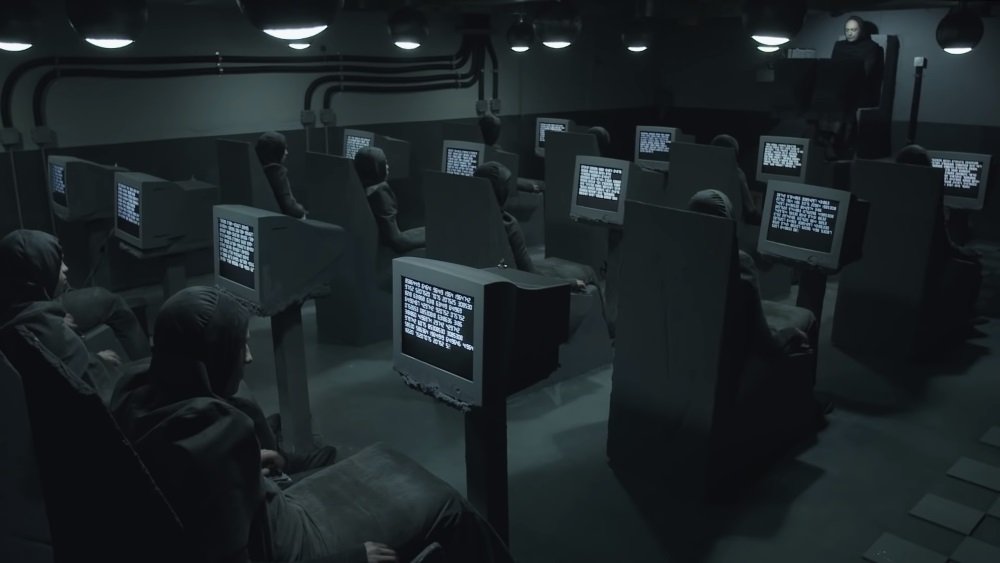 In an underground world a group of typists are typing texts constantly. Suddenly one of the keyboards gets broken and the typist has to exit the room to find a new keyboard. He is the first one to exit this very room ever.