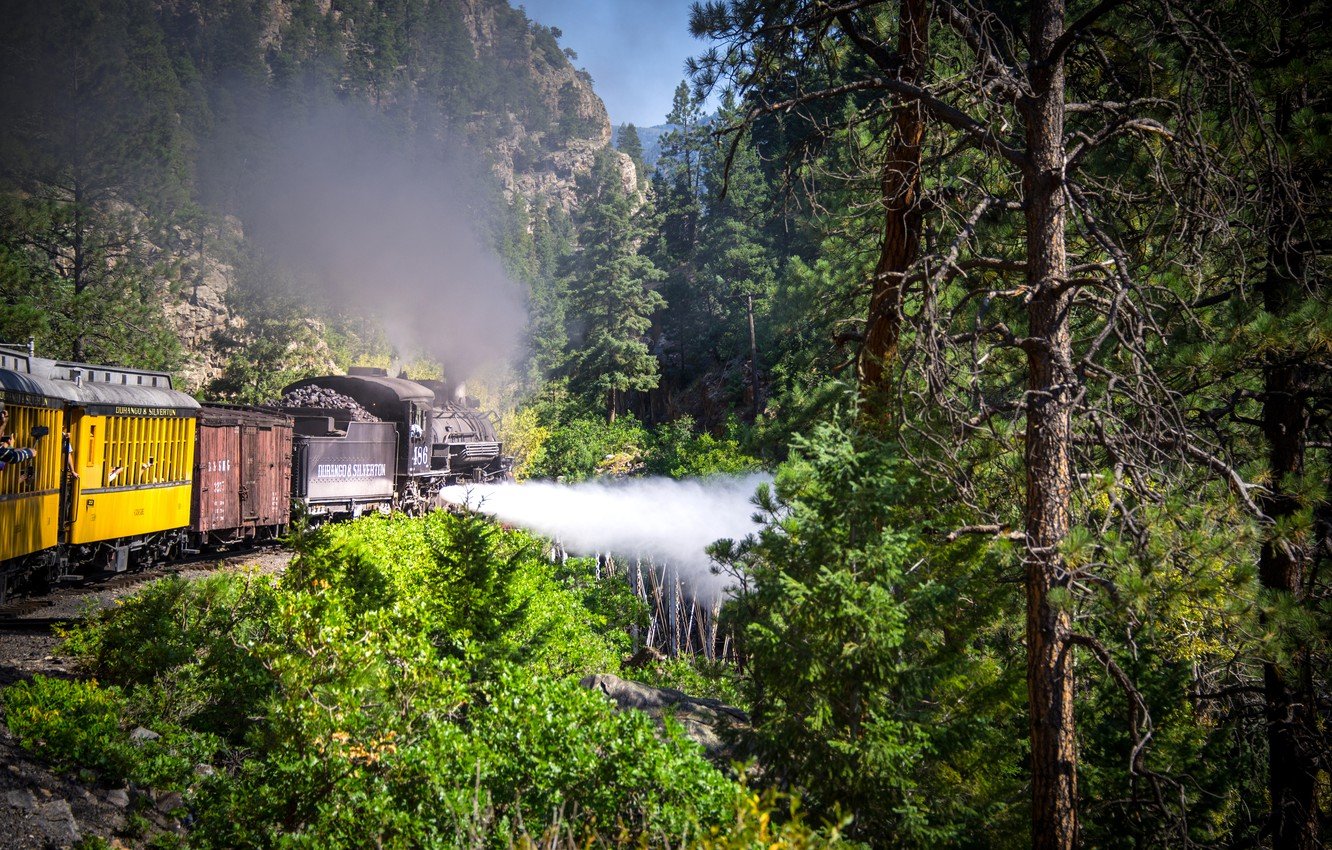 Dangerous railways. Nobody is actually really scared of trains, are they? Air travel, sure, and you wouldn’t be too surprised to meet someone who gets a bit nervous crossing oceans or driving on tight roads or even getting on a bicycle. But did you ever heard of somebody freaking out before climbing on board a train? Unless you know someone with a very specific phobia, the answer is probably “never.”

There’s a chance, though, that we’ve all just been riding the wrong railways. However, there are routes are the highest, most precarious, most weathered on the planet! We reckon a quick journey on any of them, in just the wrong conditions, would be enough to drive the fear of rail travel straight into your heart. Ride at your own peril.

The Track That Goes Backwards Down A Mountain

The Devil’s Nose is a train route that operates through the passage from Quito to Guarayquil in Ecuador. The route has its fair share of terrifying moments along the way, and cuts through ravines, forests and rivers. But it’s the Nose itself where thing get really tricky.

The track drops 1,600 feet in about 7.5 miles. Trains pass through the Devil’s Nose via switchbacks, meaning the train travels forward for a stretch, passes a junction, then continues down backward. And, to top it all off, you could (until recently) do all this while sitting on the top of the carriages. You know — if you’re crazy.

The One Gets Smashed By Cyclones

The Pamban Bridge is part of the rail route which connects the town of Rameswaram (on Pambam Island) to Chennai, in India. Built in 1914, it was, for a time, the longest sea bridge in India. It spans a staggering 1.25 miles, and happens to cross the world’s second most corrosive environment and a weather zone that frequently sees cyclones and high winds. The result is a bridge that requires constant maintenance and is utterly at the whims of the weather.

It’s little wonder, then, that a 1964 storm surge struck the island and overturned a passenger train that was crossing the bridge, killing every one of the nearly 200 passengers on board. Up the track, past the bridge, the ruined rails and debris caused by that disaster still exist — a stark reminder of what the Earth can do to our fragile creations.

The Track That Spans Over A Volcano

There’s plenty to dislike about the above video of the Minamiaso Railway’s Takamori line. It’s an old train (by Japanese standards), it’s a high bridge, and it’s all going at a nerve-wracking slow pace. That’s not what makes this railway so dangerous, though. No, that would be the fact that the line crosses the southern part of the caldera of Mount Aso, Japan’s largest active volcano.

What results are incidents such as when the railway was forced to close in 2016 after a series of earthquakes devastated the entire area and parts of the tracks were destroyed by landslides. The line isn’t expected to be fully reopened for five years. To win back the public’s favor, the company in charge of the line has decided to launch a new train decorated with popular cartoon characters. They’ll also be selling sets of picture postcards to visitors! It’s a nice idea, but let’s face it — you’ll need more than postcards to make people forget that the tracks run right through lava flow territory.

This One Doesn’t Have Air

The Qinghai-Tibet Railway is the highest in the world. It connects Xining, in Qinghai, to Lhasa, a city in the heart of Tibet. At its highest point, the Tanggula Pass, the railway reaches a staggering 16,640 feet above sea level – the highest point on the planet through which a train travels. Naturally, this creates a few problems with things like oxygen.

Tibet Vista explains it best for prospective visitors. The train offers two forms of oxygen supply to travelers. The first pumps air through the train while it traverses the plateau zone. As the train gets higher, however, passengers are required to use a personal, direct oxygen supply to keep themselves healthy and breathing. This means individual oxygen masks and an emergency supply in each sleeping berth. Just in case something goes wrong, of course, each train carries a doctor on retainer to help out. Really makes you feel better, doesn’t it?

The One That Is Basically Vertical

The Pilatus Railway — named for the mountain it climbs — is the steepest cogwheel railway in the world. It’s certainly a pretty journey (it’s Switzerland; how could it not be?), but all the wonder of that tranquil air and those gorgeous views might be diminished somewhat by the sheer, horrifying steepness of the track.

The train runs up a staggering gradient of 48 percent on tracks that were first built in 1889. Luckily, the railway’s design prevents the cogwheels from climbing out of the rack, despite the rails themselves being over 100 years old, and keeps the carriages from being thrown over by the region’s tremendously high-speed winds. Let’s just hope it stays that way.

You might not expect to find a genuinely dangerous railway somewhere as innocuous as Devon, England, but, well, here we are. The main railway line through the little town of Dawlish is notorious for its exposure to the elements. Atlantic storms aren’t exactly unheard of in the area, and the tracks themselves — which pretty much hug the water — sit entirely at the mercy of the sea. Trains that pass through are frequently battered by waves as they leave the station, often eclipsing them from sight entirely.

This One Crosses A Runway

New Zealand’s Napier-Gisborne Railway isn’t particularly out of the ordinary for most of its length — it’s as pretty as New Zealand can be, sure, and crosses a rickety bridge or two, but that’s not exactly what you’d call terrifying. Where things do get a little trickier, however, is at Gisborne Airport, where the railway crosses an active runway.

The runway the trains cross also happens to be the main tarmac strip, meaning constant supervision is required — and making it quite likely that these are the only trains in the world which have part of their route managed by air traffic controllers.

The Really, Really High One

Tren a las Nubes translates to “Train to the Clouds” in English, which is about the most effective summary of this Argentinian rail service you could hope for. One of the highest railways in the world, according to Argentina’s tourist board, it crosses no fewer than 29 bridges and 13 viaducts on the way to the Chilean border.

La Polvorilla Viaduct, one of the more death-defying viaducts on the journey, sits at 207 feet above the ground and curves around 735 feet in length. So not only do you have the high altitude and thin air battering away at your head, but you’ve also got more than a few “seriously, honestly, don’t look down” moments to contend with, too. Best just close your eyes and hope they’re on the ball when it comes to track maintenance.