Idiots that changed history. Yes, it happened to us all at one point or another. We’ve all felt the slow burn that comes with the realization that we’ve done something horribly wrong. Whatever you did, chances are good that you only changed history for you.

These people changed the world on a grand scale, so large that it’s still felt today. They changed the fate of entire nations, started a chain reaction that led to countless deaths, and sometimes, their mistakes led to centuries of persecution and racial hatred.

But there’s a bright side here, too. Sometimes, history didn’t change for the worse, it changed for the better. The important thing about mistakes is that we learn from them, and sometimes, it takes a big one for humans to sit up, take notice, and say, “Hang on a sec … we can fix this.” And we do, occasionally, dust our collective selves off, push up our sleeves and get fixing. That’s as inspirational as you’ll find in human history.

Columbus is bad at math, ‘dicovers’ the new world 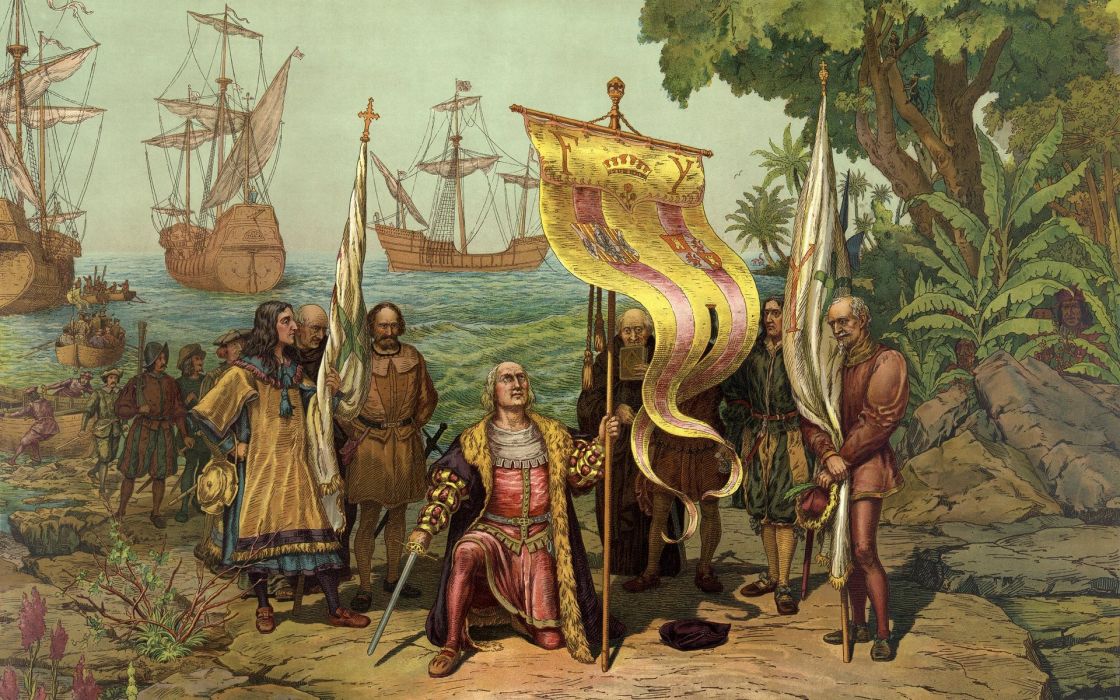 Ever heard of bad math that changed history? By now, everyone knows what a horrible person Christopher Columbus was, and what his arrival in the New World started. But he was only there in the first place because he was bad at math. He made errors in his navigational calculations that gave him a little extra convincing power when it came to getting financing for his voyages.

Let’s see how bad Columbus’ math was, starting with latitude calculations. While the ancient mathematician Eratosthenes came up with the standard that 1 degree of latitude was about 59.5 miles, Columbus decided he liked the findings of a medieval geographer from Persia better. Alfraganus thought 1 degree was 56.67 miles. That’s not too much of a difference, right?

Only, Columbus forgot that for the Persian geographer, a “mile” was the Arabic mile, which translated to 7,091 feet. Eratosthenes was working with a Roman mile, which was 4,856 feet. That’s a huge difference, and he wasn’t done yet.

Columbus then mashed together the numbers and distances of explorers from Ptolemy to Marco Polo, added a bit of his own estimations, and completely screwed up the location of the Indies. By the time he was done, his calculations came with an impressive 58 percent margin of error, but they sounded good, he got his funding, and went off to “discover” the Americas. 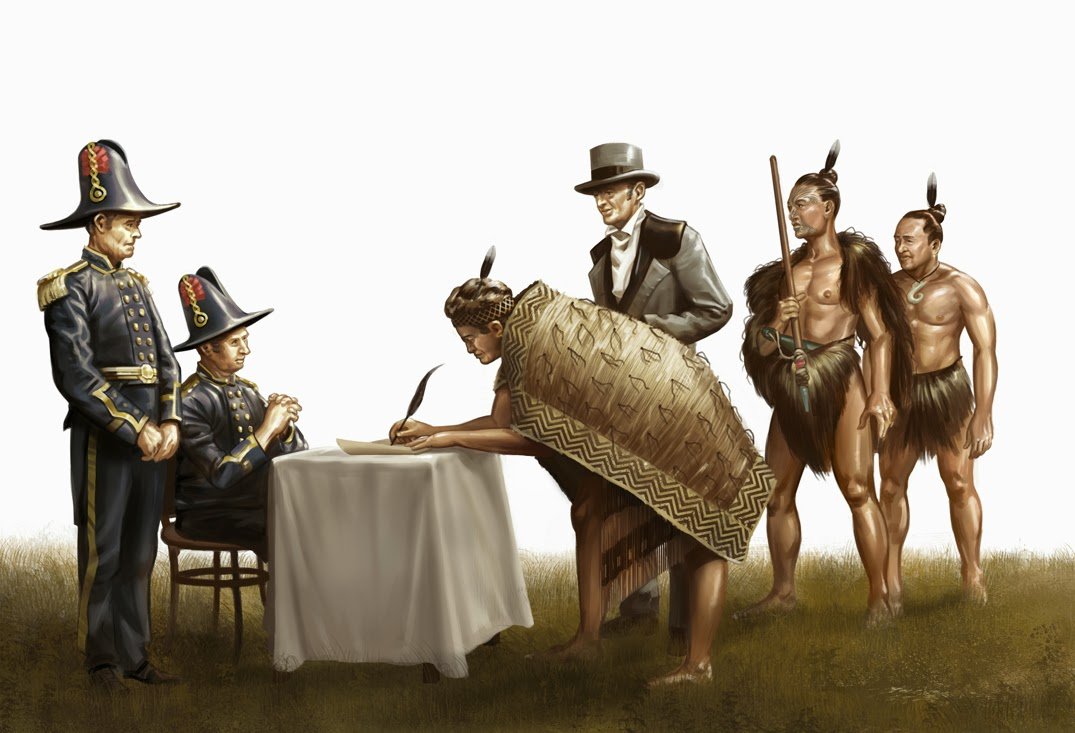 In 1840, representatives of the 125,000-odd Maori and the 2,000 or so settlers living in New Zealand signed the Treaty of Waitangi. In theory, it was supposed to protect the rights of the Maori, establish guidelines for trade and missionary activity, and keep other nations from poking around the country. There was a huge problem, though.

According to New Zealand Tourism, the treaty had three articles, and the last two were plagued with some major translation issues someone should have bothered to double-check. At the heart is a dispute over whether the treaty gives the British government complete sovereign control over Maori lands.

So they changed history. The British version says it does, but the Maori translation of the treaty suggests they were just allowing the British to use the land, not rule it. That huge disparity led to a 19th century punctuated with wars fought over land rights. Problems continued for decades, and even though attempts were made to clarify the treaty in 1975, those problems still continue. 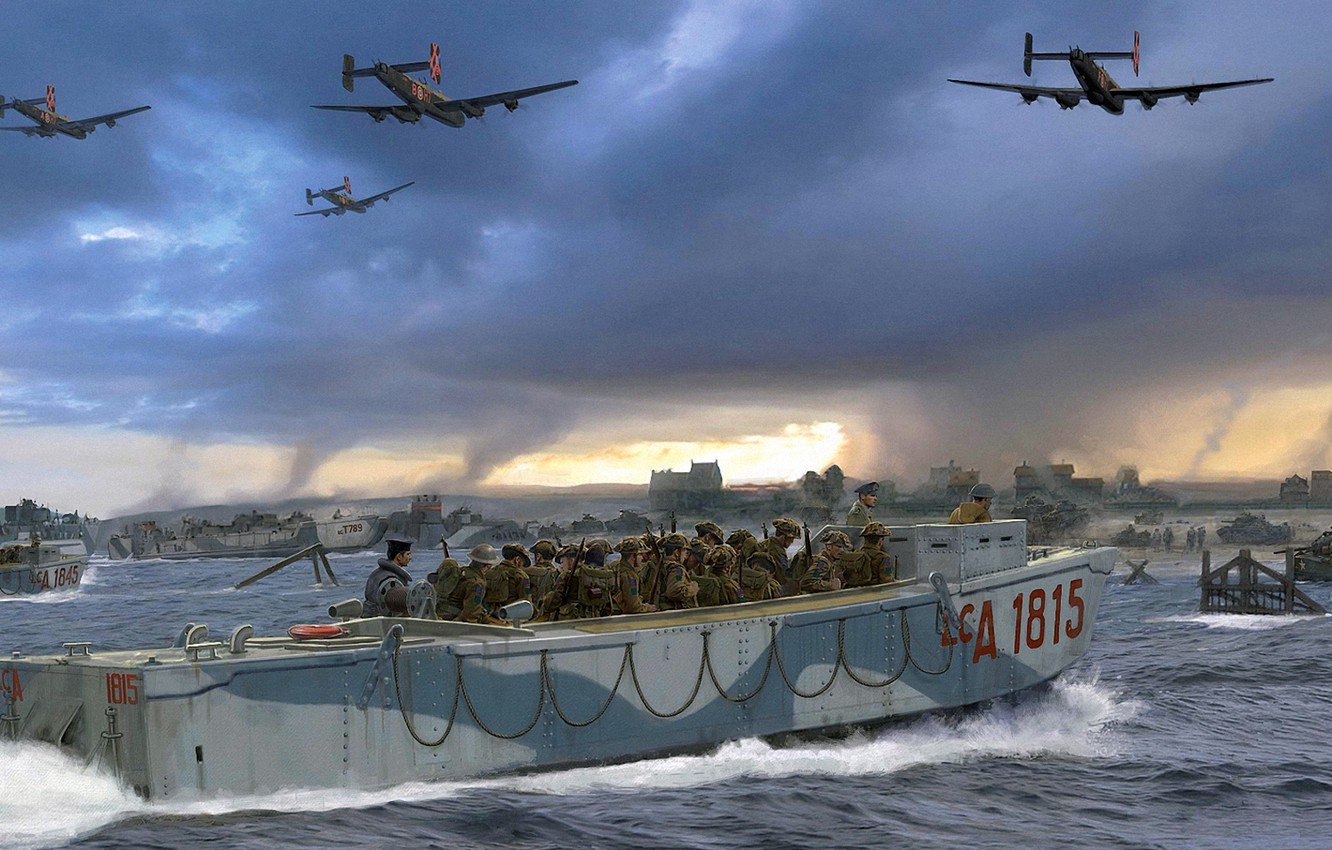 Erwin Rommel is a fascinating figure, one of Nazi Germany’s most prolific commanders and a man the International Churchill Society has called “a thoroughly decent man,”. That was because mostly for his tendency to ignore many of Hitler’s most horrible orders (as well as not reporting his knowledge of a 1944 conspiracy against the Fuhrer).

He was allegedly a brilliant general, and briefly headed a unit nicknamed the Ghost Division because it was so fast, so targeted, and so efficient. He was also supposed to be in Normandy for D-Day.

In the days leading up to the Allied invasion of the mainland’s coast, he went deer hunting, and he also went into Paris to buy shoes for his wife’s birthday. After looking at the tide tables and the approaching storms, he decided the Allies probably weren’t going to attempt a Channel crossing in such unfavorable conditions.

Instead of staying on what would very, very quickly become the front lines of the war, he headed home to Germany for his wife’s June 6 birthday, and changed history. The LA Times says he was at his country house in Germany when he heard about the invasion happening hours away. He got to Normandy as quickly as he could. But the truth is that one of Germany’s most prolific generals was essentially taken out of the action to attend a birthday party. 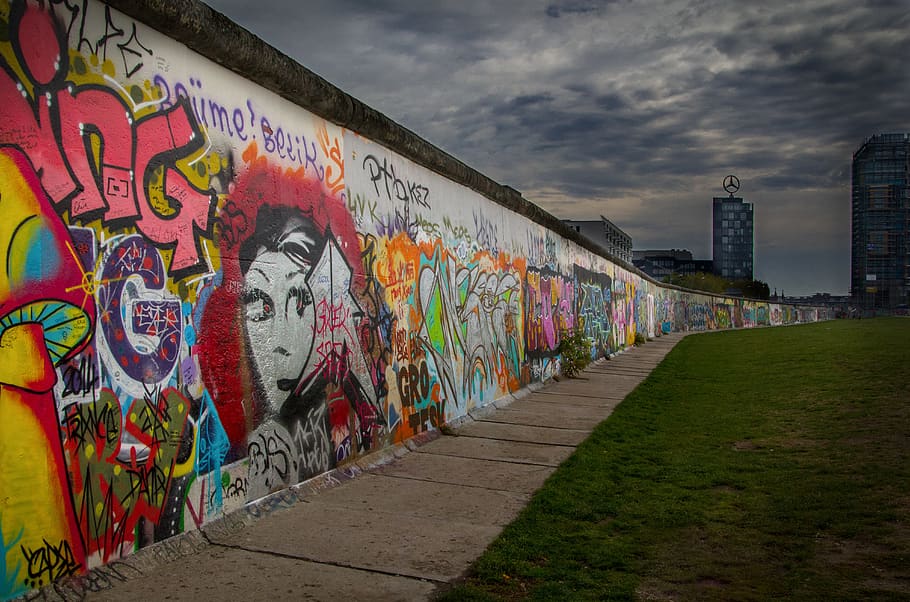 The fall of the Berlin Wall was one of the defining moments of the ’80s, and it only happened because of two easily avoidable mistakes.

Tensions were already at a breaking point, and in November 1989, East Berlin Politburo members decided they needed to make some concessions if they wanted to keep anything resembling peace. They took to the airwaves to make an announcement that was supposed to say there would be an ever-so-slight relaxation of travel rules, but that they would retain the right to deny anyone passage at any time.

The press conference was completely botched, though, and the reading of the announcement was garbled save a few phrases, including “possible for every citizen” and “right away, immediately.” The New York Times says people interpreted that as free travel, and it’s easy to see why.

The second mistake was even more insane. When thousands of people converged on border crossings they thought were open, Stasi officer Harald Jager called for backup somewhere around 30 times in a single night.

When his superiors didn’t believe him about the chaos he was facing — and, at one point, called him “simply a coward,” Jager kicked open the doors, allowed people to pass both ways, and started the real fall of the Berlin Wall … all because his superiors made the stupid mistake of underestimating him, his service and his backbone. And so he changed history like a boss. 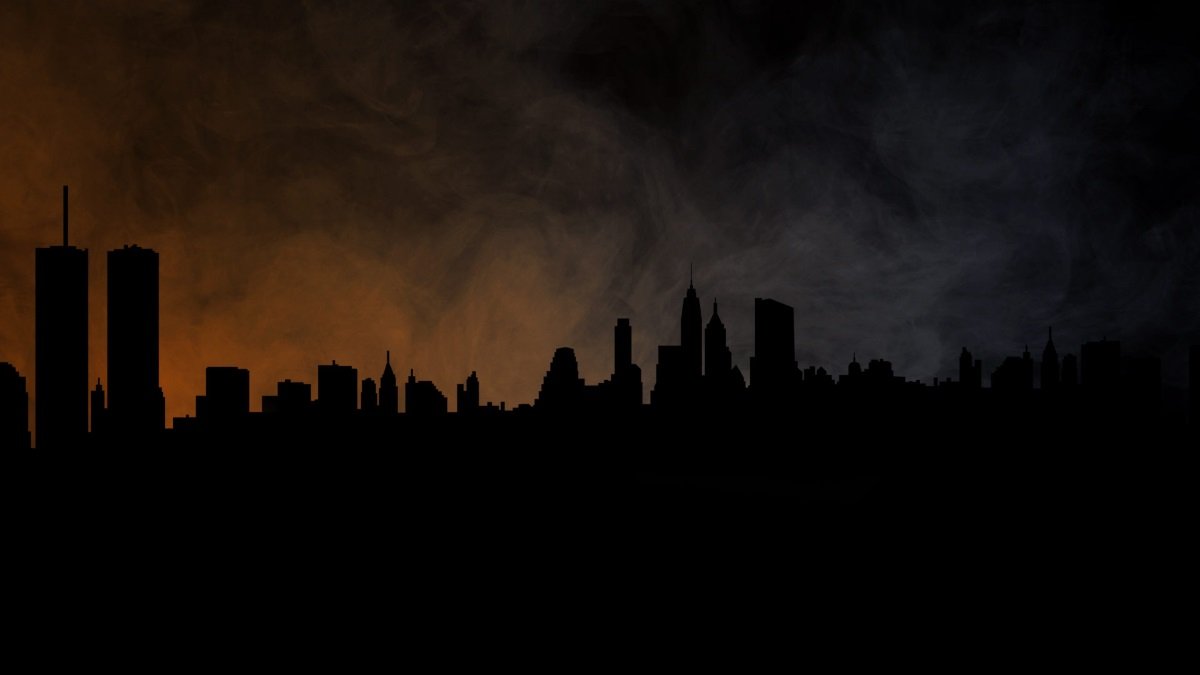 In 1977, New York City lost all power for 25 hours. The consequences were devastating. American Experience (via PRI) says around 800,000 people were stranded in the subways and elevators, while others set to looting and pillaging on a medieval scale. There were about a thousand fires set, more than 1,500 businesses were looted, and by the time the lights came back on, there were damages up to about a billion dollars. Some have credited the blackout as the catalyst that sparked the hip-hop movement, which is a nice bonus.

And it all happened because someone didn’t know what buttons to push.

Schneider Electric looked at just what happened on that hot summer night in ’77, and it started with a few lightning strikes. That’s not uncommon, they say, and most substations are prepared for it. This one — run by Con Ed — wasn’t. After lightning tripped the breakers, Con Ed tried to restart the station’s generators. The problem? No one was there.

When employees got there and started running system-wide procedures to get everything back up and running, they ran the wrong procedures. Instead of dumping the necessary 1,500 megawatts of load, they ran one that got rid of only a few hundred. The station shut down, and the Big Apple went dark. 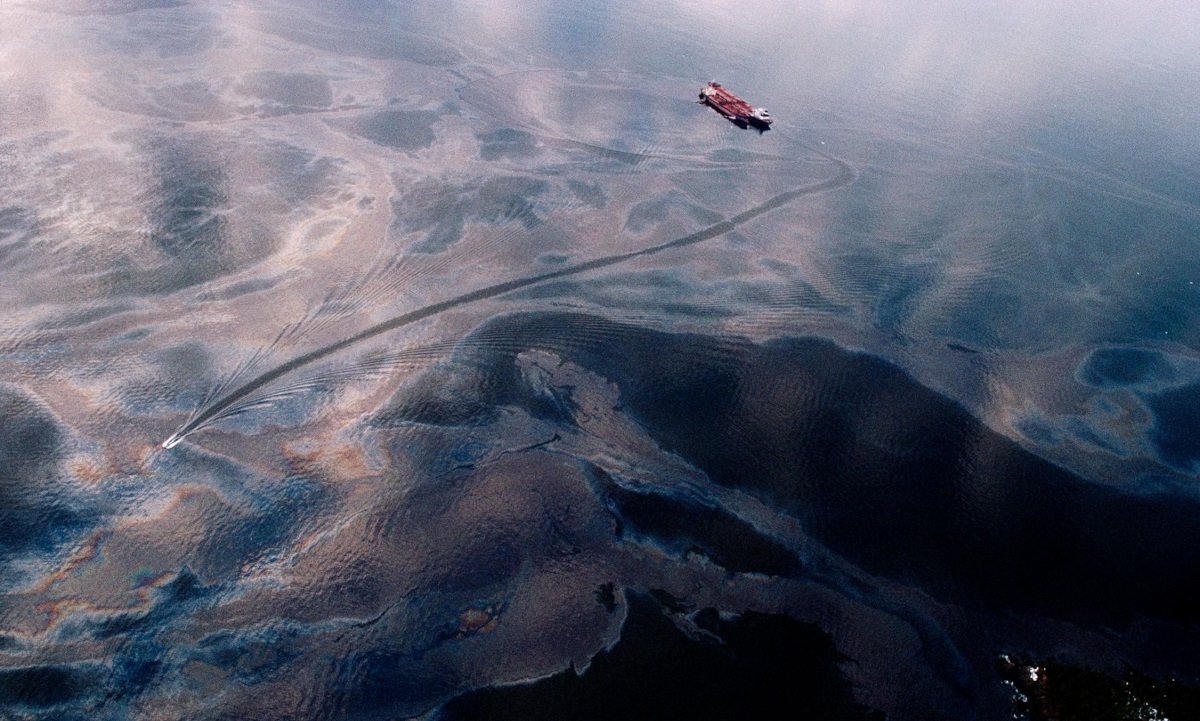 In 1989, the Exxon Valdez dumped 42 million liters of crude oil into Prince William Sound, devastating the coastline for hundreds of miles. Thousands of animals died immediately, and the effects are still being felt decades later. According to research reported in Scientific American, oil that settled into the sound’s sediment has shorted the life span of fish, birds, and local mammals, and in 2018 Marine Insight looked at some of the farthest-reaching impacts. Tourism plummeted, more than 26,000 people had their jobs impacted, and even after $3.8 billion was poured into cleanup efforts, the oil is still there.

So, why did it happen? Because the crew made some extraordinarily dumb mistakes. Captain Joseph Hazelwood was deep in alcohol-induced slumber at the time of the crash, and he’d left the ship — complete with non-functional radar — in the hands of a third mate.

The third mate was absolutely not trained to take command and drove the ship right onto a reef he never saw. They were also severely under-crewed and had strayed from the normal shipping route, all compounding into a tragic disaster that changed the ecosystem forever.

Engineers try to stop the Challenger launch, get overruled 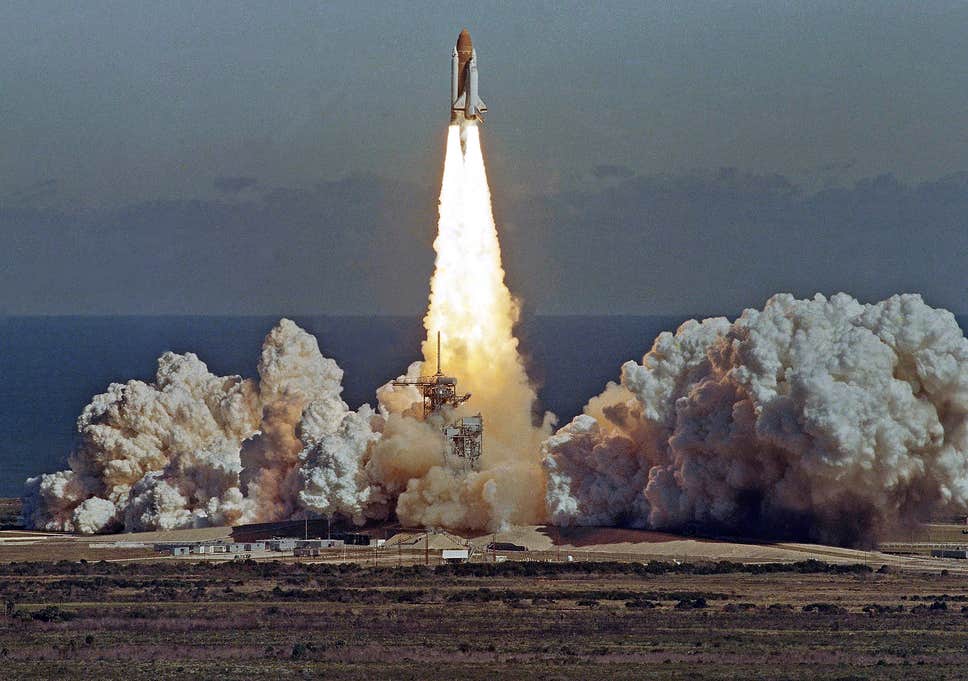 Vice News estimates about 17 percent of the U.S. viewing audience watched the Challenger disaster live in 1986, and it was a horrifying moment that shaped how everyone from NASA to the American public thought about the space program.

Only 73 seconds after liftoff, dreams of space travel became a little less romantic and a little more terrifying, and if it wasn’t for that disaster our commitment to exploring the nearest reaches of space would have been very different.

The Challenger disaster happened, says Space.com, because a series of O-ring seals were never tested in the cold. The morning of the launch — January 28, 1986 — was freezing cold, which led to the failure of the seals and ultimately ripped the shuttle apart.

And that brings us to the mistake. It wasn’t until 2016 that NASA engineer Bob Ebeling came forward to be identified after carrying his guilt for three decades. Ebeling and four other engineers had been working at NASA contractor Morton Thiokol at the time of the launch, and when they heard of the conditions the shuttle was going to launch in, they tried to stop it.

They argued that the rubber seals wouldn’t work in the extreme cold, that the shuttle would explode … and they were overruled by both their managers and NASA. “Had they listened to me,” he told NPR, “… it might have been a completely different outcome.”