These days, monsters feel as American as apple pie. They star in our movies, and turn our Six Flags theme parks into Fright Nights. Tom Cruise fights them, and Kristen Stewart gets freaky with them. We treat them like a novelty, like something to give us a jolt, or smooth over an awkward first date.

But most of these creatures didn’t begin on the big screen or in some YA novel. In fact, many are rooted in myths and legends that date back centuries, a few harkening to the very dawn of mankind. That’s right, before we built our first huts and hovels or learned to grow our own food, we were telling tales about some of the same monsters starring in modern blockbusters.

The remarkable way these creatures have weaved their way through time, evolving and adapting to countless cultures, is a testament to the primal fears that first inspired them. While no two origin stories are the same, monsters all come from that part of us that fears the bump in the night. That knows, deep down, we are still just something else’s prey. Here are just a few remarkable ways these monsters came into our world and have refused to leave ever since. 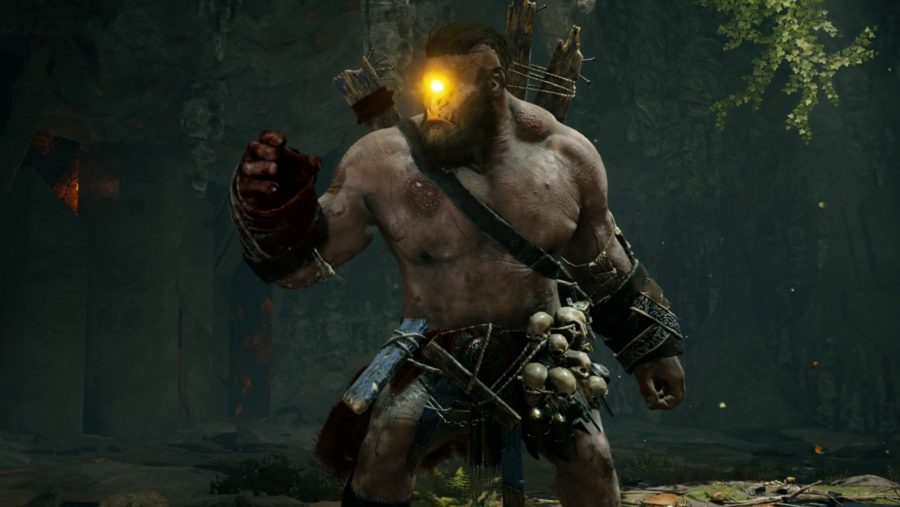 Is this how the Cyclops was born, not from the loins of Greek gods Gaia and Uranus, but from a bed of soil tilled by ancient farmers?

Fossil evidence seems to indicate this as a likely explanation. Remains of Deinotherium giganteum, which loosely translates to “really huge terrible beast,” are still being found on the island of Crete. An ancestor of the modern elephant, their skulls contain a large hole at the center, which would have attached to their profound nasal cavity. To an ancient farmer, this hole easily could have looked like a singular eye socket, spurring the legend of giants with one eye.

REAL-LIFE SQUID MAY HAVE RELEASED THE KRAKEN 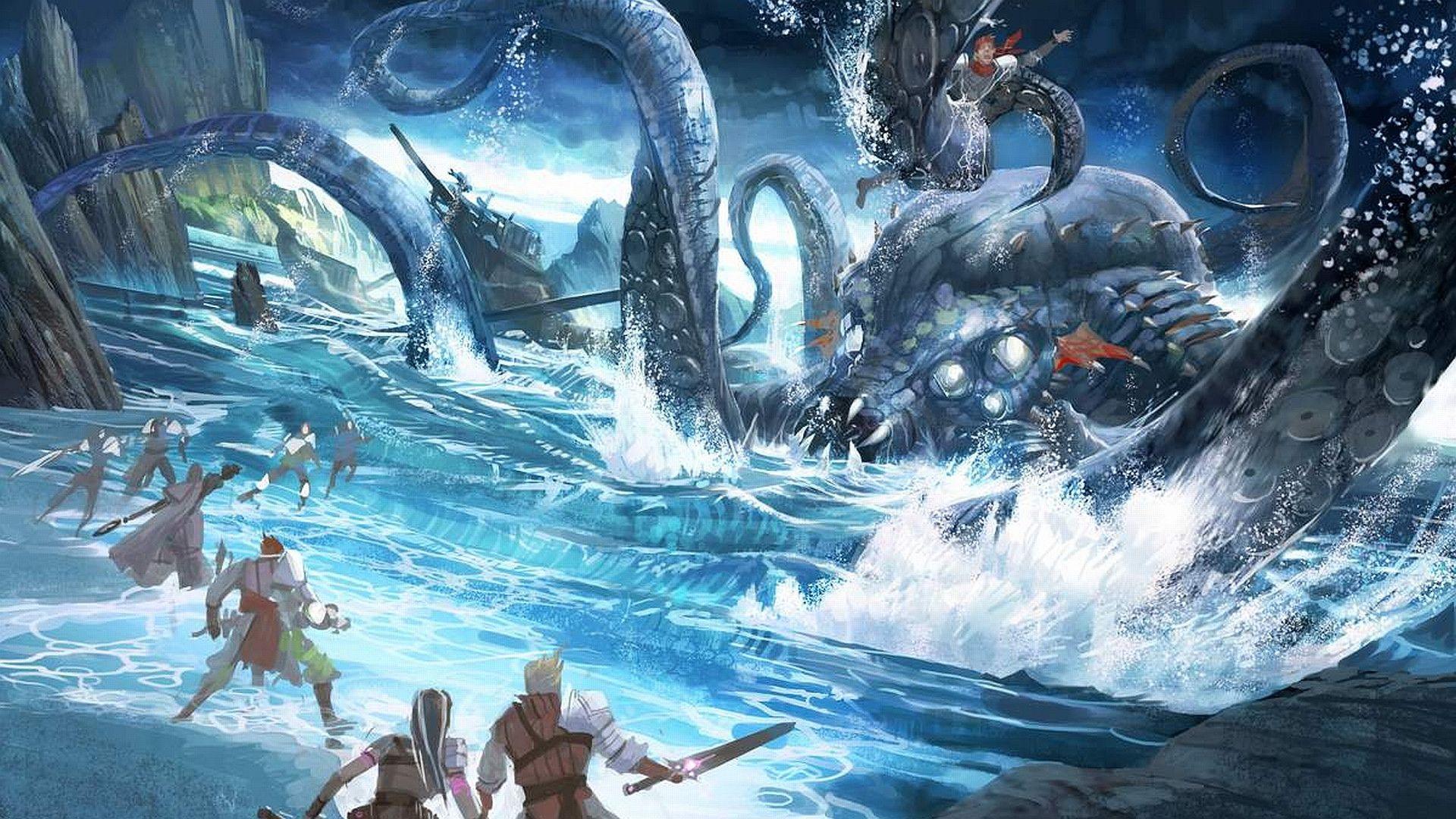 For close to a millennium, it was accepted fact that sailing the open seas meant inviting the wrath of the mighty Kraken. A monstrous, squid-like creature, it was known to attack ships and devour their crews. From Norwegian lore to Liam Neeson meme, the Kraken has long been the oceans’ most fearsome villain. So where did this murky monster of the deep come from?

Well, like many myths, it has its origins in the real world. Modern science has discovered dozens of different squid species that could fit the bill of the vicious Kraken. The largest, known as the Mesonychoteuthis hamiltoni, may be able to grow up to 45 feet long. Now, that’s not as big as the Kraken was said to be, but it’s nothing to sneeze at.

To an ancient sailor, seeing these rare animals must have been an awe-inspiring sight, one that would naturally need to be fluffed up with a little bit of blood and carnage. They would have no way of knowing that these enormous squid were more likely to spray a cephalopod ink cloud and flee than engage in a fight.

In fact, their gargantuan arms lack muscle, so the chances of them devouring a ship are slim to none. But who cares about facts? Everybody loves a lethal legend, and with 95 percent of the world’s oceans still unexplored, perhaps the killer Kraken is just biding its time and will someday return to wreak havoc on the seas.

MUMMY MANIA ONLY DATES BACK ONE CENTURY 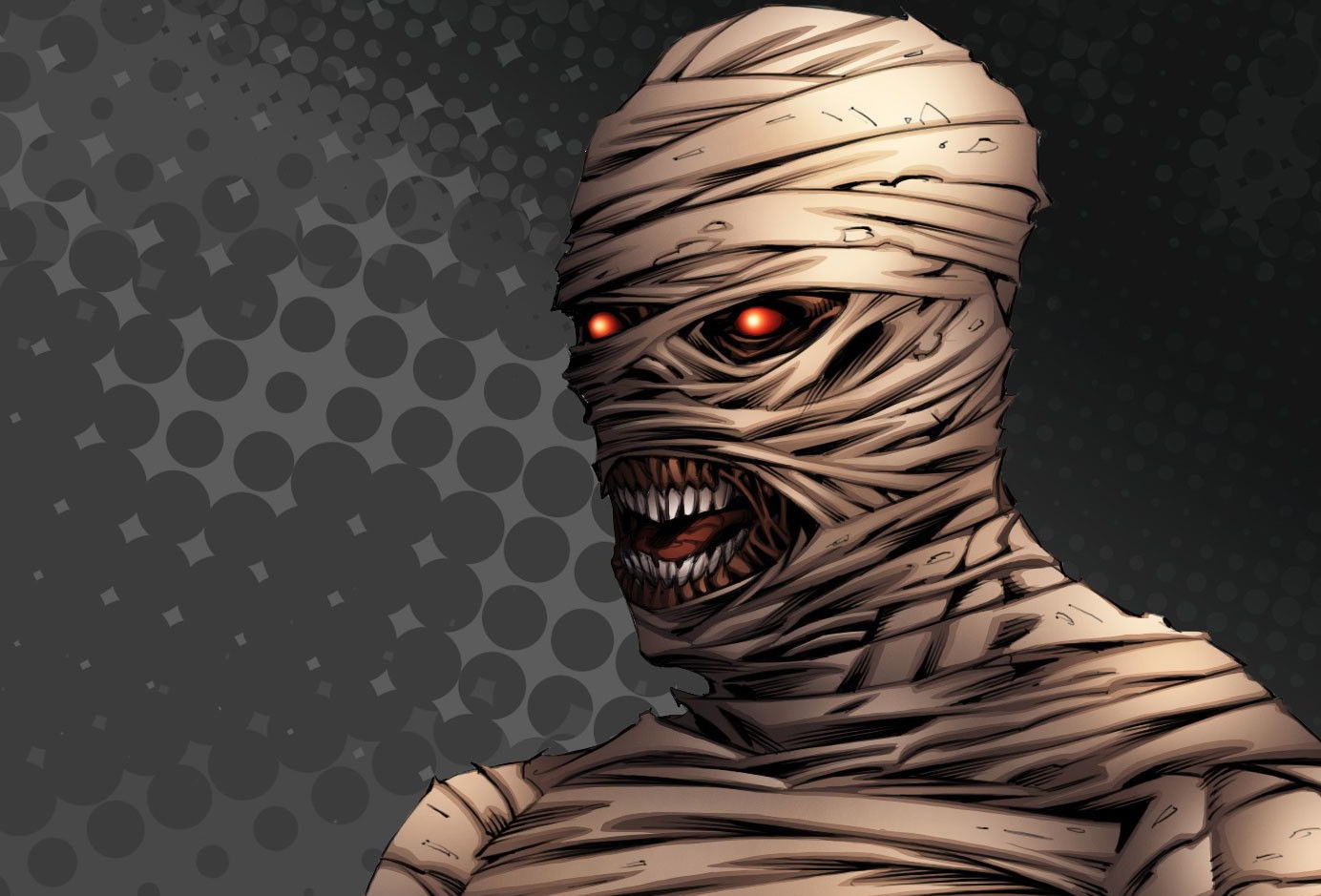 Unlike most monsters, mummies are real. Now, whether they’re truly the cursed creatures of legend is up for debate, but they do exist. So how did these ancient corpses make the leap to lethal lore? Well, coincidence, and some movie magic, seem to be the culprits.

The discovery of King Tut’s tomb in 1922 caused a sensation. This was the biggest thing since sliced bread (which wouldn’t actually be invented for another six years), so it shouldn’t come as a surprise that, when some prominent members of the discovery team started dying, it made some waves. The financier of the trip died from a mosquito bite. Houses burned down. One man died smothered in a “gentlemen’s club.” One British archaeologist hanged himself.

Feels spooky, although the number of deaths, statistically speaking, was not out of the ordinary. The irony of this is the tomb had no such curse on it. In The Mummy’s Curse, author Roger Luckhurst explained that Egyptian tombs were, “more likely to be blessed than cursed.”

In fact, it was the head of the Tut excavation team who “put out a story that a curse had been placed upon anyone who violated the rest of the boy-king,” in order to keep people away from the discovery.

WEREWOLVES COME FROM THE DAWN OF TIME 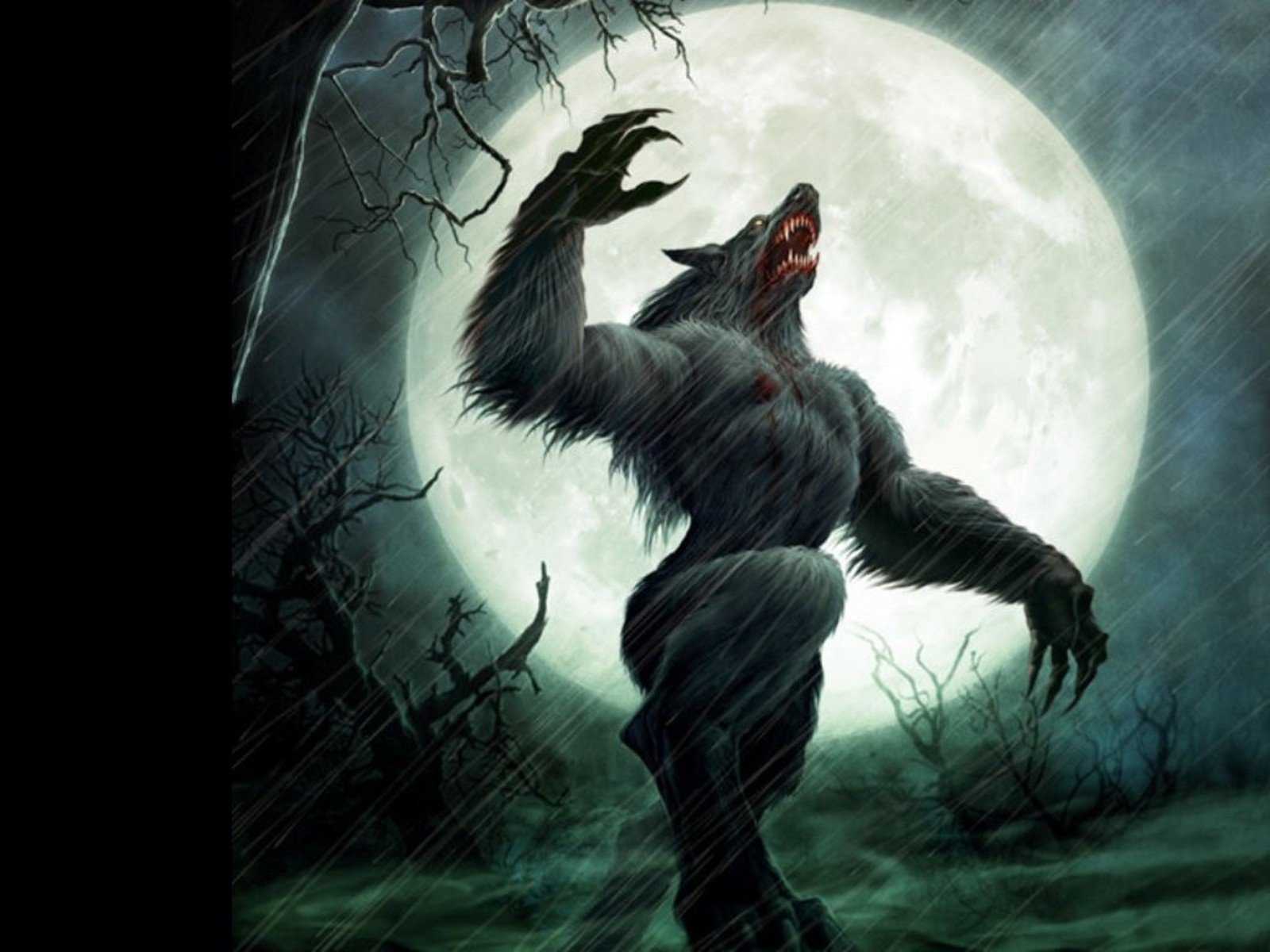 A mix of primal fears, real-life serial killers and ravaging illnesses may have merged into the lupine legend, according to experts. The myth first popped up thanks to prehistoric man, who would often don the skins of its kills, and then wear them to hunt down other prey. These hunts would have been ritualized, and may have started the folklore of man and beast merging.

In addition, disease was once a mysterious force, wreaking havoc with no known causes or cures. For instance, rabies would drive wolves mad, sending them into the villages of America’s Blackfoot people, where they would bite other animals and people. Unsurprisingly, those people would then, in turn, go mad. Sound like any myths you know?

Or, a 1963 paper called “On Porphyria and the Aetiology of Werewolves” suggested a rare genetic disorder could be the culprit for the werewolf myth. It caused severe lesions brought on by exposure to light. The teeth turn red or brown, and as the years go by, structures like the nose and ears rot away. The affected go manic-depressive and hysterical and delirious.”

Add in a series of famous serial killers, like Frenchmen Pierre Burgot and Michel Verdun, who supposedly swore allegiance to the devil and claimed they could turn into wolves, and you have a piecemeal approach to myth making. A little of this, a little of that and the modern werewolf starts to appear. Now, who taught these hellbeasts how to moonwalk is another story entirely. 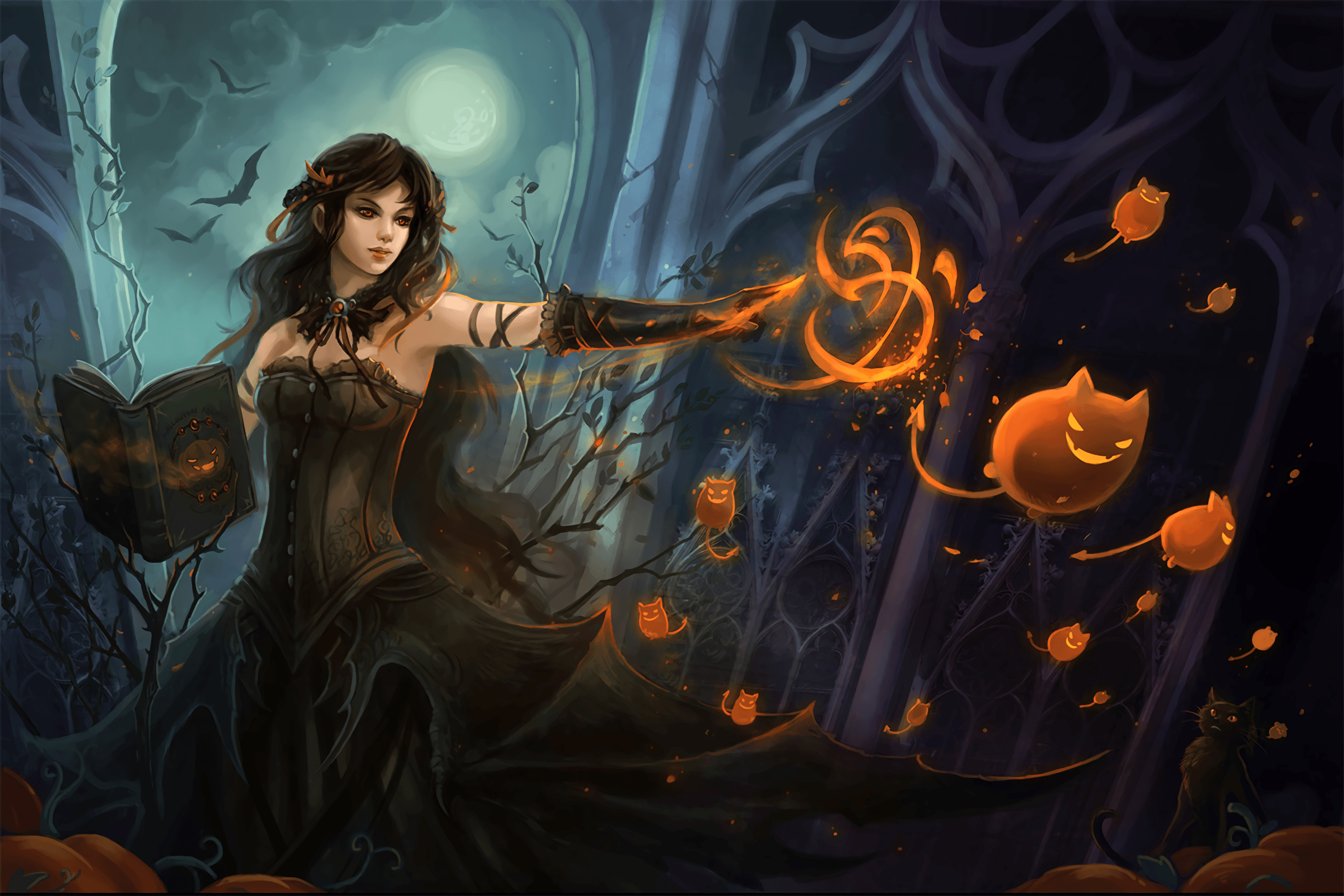 It should come as no surprise that the mythology of the witch goes hand in hand with the misogyny of the rich and powerful. The idea of the witch, in one form or another, has been around since the very dawn of civilization, but their origins might surprise you.

According to biblical scholar Carole Fontaine, the first witches were in fact Middle Eastern “wise women” who served as doctors by making house calls, delivering babies and helping to alleviate infertility and impotence.

It wasn’t until Hebrews settled in Canaan around 1250 B.C. that these priestesses and healers began to gain the more notorious associations they still carry with them today. 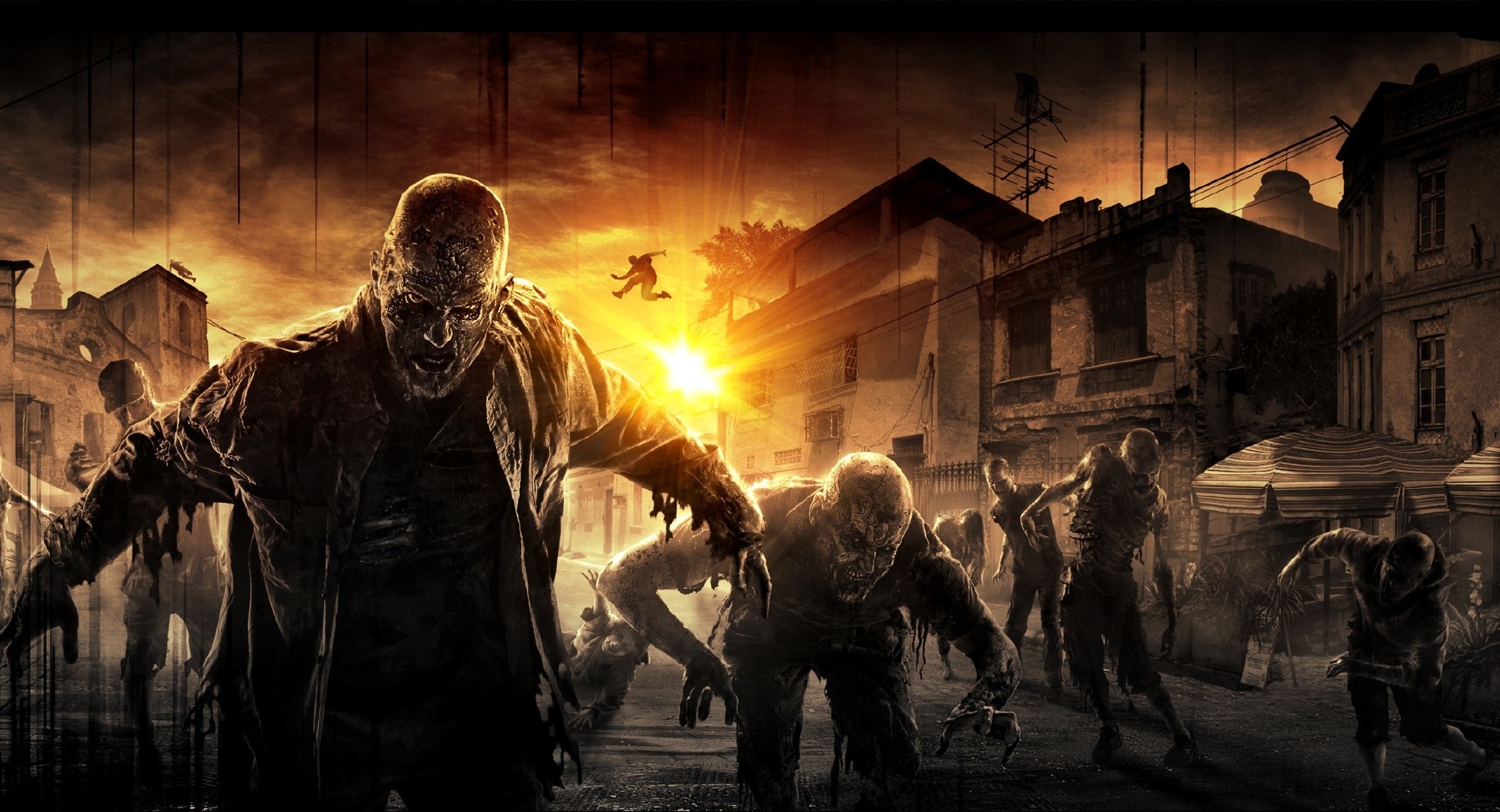 According to University of California Irvine professor Amy Wilentz, zombies have their origins in an unlikely place, namely the brutal history of slavery in the Americas. As she wrote in the New York Times, “suicide was the slave’s only way to take control over his or her own body. And yet, the fear of becoming a zombie might stop them from doing so.”

Haiti in the 17th and 18th centuries was a nexus of the slave trade, channeling hundreds of thousands of kidnapped men and women a year into a life of bondage. Most were put to work or shipped off to the highest bidder as soon as they reached the island. For many of these slaves death was the only escape. The only way to get back to Africa, and freedom, was as a spirit. So you can imagine what a slave’s version of Hell would involve, namely being trapped in their bodies, unable to die and forever a slave.

BANSHEES ARE A CASE OF MISTAKEN IDENTITY 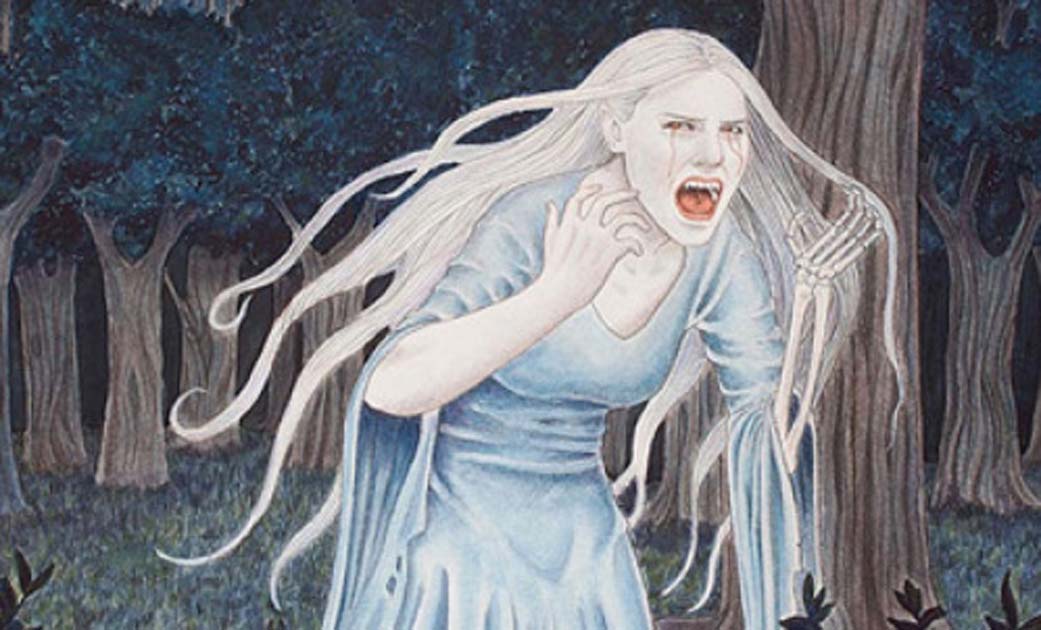 It’s becoming increasingly clear that monsters are often mankind’s attempt to make sense of a world that was confusing and terrifying. Dig up some weird bones. Monster. Get sick from some unknown disease. Monster. Even ordinary sights and sounds can take on a foreboding nature under the right circumstances.

Most people don’t think of the owl as a particularly fearsome animal, but like most things, context is key. For skittish soldiers preparing for war on the battlefields of ancient Ireland, the owl must have sounded like a monster. That’s the theory, at least, on where Ireland’s most famous spirit, the Banshee, comes from. Ancient battles were often begun at sunrise, meaning armies were marching just as those nocturnal owls were settling down from a long night of hooting.

The soldiers must have made a fearful sight for these tuckered birds, who would screech their ever-loving hearts out at the sight of them. Unfortunately, the screeches would have the unintended side effect of alerting the opposing armies that their foes were approaching, and a whole lot of death would follow. It doesn’t take much imagination to see how those hollers took on a legend of their own over the years and slowly morphed into the terrifying legend of the Banshee, a wicked fairy whose screams would herald death.