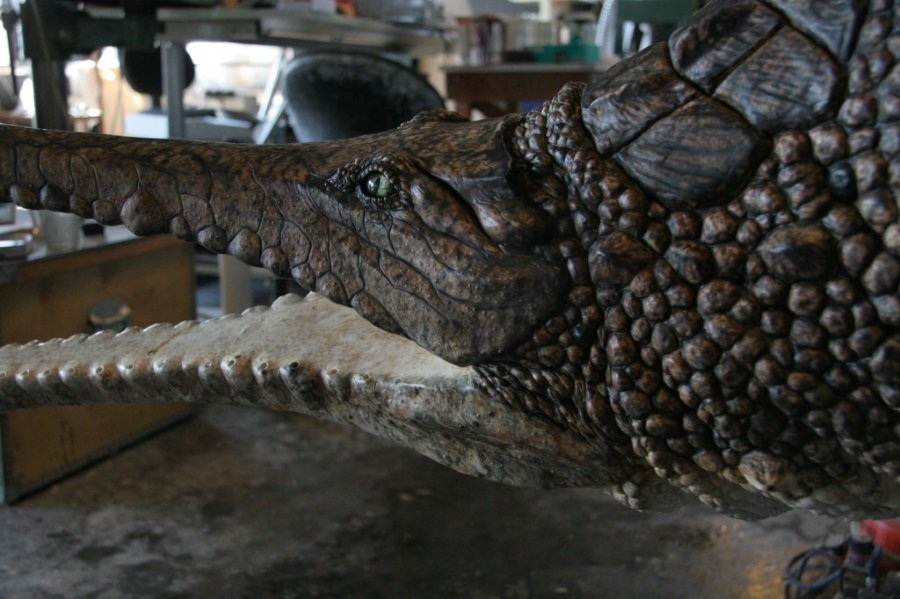 The Saurian Monster must have left a ghoulish sight in the wake of his macabre stride.

It all started in October 1886 when workers found a sheep picked clean to the bones at the Frankton Junction slaughter yards, near Hamilton in New Zealand. The reports told the story of the sheep carcass that was taken from the hook where it hung and it’s flesh was eaten. The reports stated that some creature did it and only left a strange trail of footprints, unlike any other, behind.

These footprints, according to the New Zealand’s Daily Telegraph at the time, were ‘undoubtedly the traces of a saurian monster’ (‘Saurian’ is defined as lizard-like). The newspaper’s conclusion was that this monster must be an alligator or crocodile, despite the fact of New Zealand’s smattering of living reptiles being, without exception, only a few inches long.

The people of the Waikato region kept a constant lookout for this terrifying foe throughout the following two months.  Numerous sightings followed. Farmboys reported seeing it in the river, with its head poking up from the creek; indigenous Maori told settlers that they had known of it for some time and called it a taniwha. A year earlier a Maori girl had allegedly been found dead in the same river, with the flesh stripped from her arm.

Gradually, a picture of how the creature must look like began to emerge. It was not an alligator, but something more menacing. Two men had a personal experience with the Saurian Monster when crossing the Waikato river their canoes were almost capsized by the creature. It then chased them all the way to the shore. They described it as ‘of immense size with large jaws showing jagged teeth. The body was covered with long shaggy black hair’.

Then, a breakthrough! The monster was found napping in the area of the Raglan coast. It was captured and shot twice in the head.  The papers reported that “It is 12 feet long and 6 feet in girth, with two large screw-like propellers in lieu of a tail. Its head is like that of a leopard, with two rows of formidable teeth, 12 in each row. Its skin was silver and its stomach was found to be full of the bodies of birds”.

However, an enterprising settler had plans for this beast. He bought the carcass and intended to exhibit it across the world and, of course, make a few bucks of it at the same time. But his elaborate plans were ruined when the beast was finally unmasked, on November 26 of that year.

The United Press Association published their big reveal with the headline: “The ‘Saurian Monster’ Proves To Be A Grey Seal.”

It’s unlikely that this was an actual grey seal, since they don’t live in New Zealand, but rather a seal that was gray. And the leopard-like head was not so unexplainable in the end after all. Though one can’t help to wonder which one of the hundreds of thousands of New Zealand fur seals was, as they wrote, ‘believed to be still at large’.