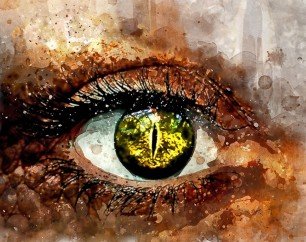 Reptilian shapeshifter. If you’re not familiar with the popular reptilian conspiracy theories, then you’re really missing out!

Basically, a reptilian (in the David Icke lore) is an alien creature from another dimension who has a reptile-like body, but who blends into the human population by taking on a more humanoid appearance. According to this theory, reptilians use holographic technology to disguise themselves as everyday humans. They often rise to high levels of power in order to manipulate true humans.

Here are the main ways to spot one:

If you’re wondering how to spot a reptilian, then obviously the first place to look is their eyes.

Some people say that these shapeshifters have reptile-esque eyes if you look closely enough. Others say it’s possible to spot their reptilian eyes only sometimes, while they are in the midst of shapeshifting.

So next time you suspect that a world leader may be a reptilian then take a close look at the eyes. Are they like vertical slits? Are they a deep black with no sclera? Did they seem to change suddenly? If so, this may be a sign of a reptilian.

2. Check for signs of scales or odd-textured skin

Another common way to spot a reptilian is by the appearance of scales. While a reptilian is shapeshifting, you may see their skin change a little. Maybe you see a hint of green all of a sudden, or you notice that the texture becomes scaly or rough like that of a lizard or snake.

Keep in mind that this isn’t something you should see too often, since supposedly reptilians go to great lengths to appear as if they have human skin.

3. Watch to see if the hologram flickers 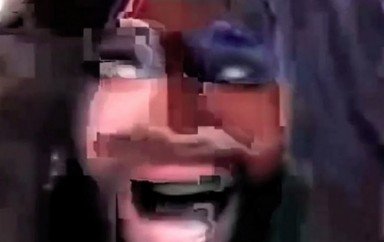 Reptilians are supposedly really good at hiding their true identities. Sometimes it may be so automatic to them that they don’t even realize they’re doing it. Occasionally, their disguise may become apparent, though, especially in moments of distress.

Well, that’s how the stories go, anyway. Since their human skin is just a hologram, it is subject to the limitations of the technology that creates it.

4. They seem to have no soul 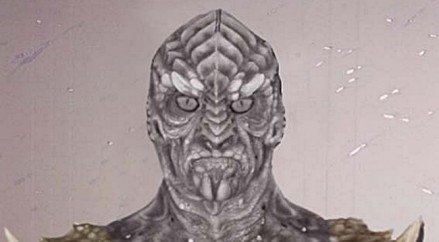 One of the hallmarks of a reptilian is that they have very little or no conscious awareness. Again, they exist like robots and there’s little you can do to appeal to any kind of human consciousness in them.

Reptilians generally attempt to appear like humans and act as if they have human traits like empathy and self-awareness, but things might still appear . . . not quite right. You might sense something artificial about them.

5. Your intuition is alerting you of a nearby reptilian 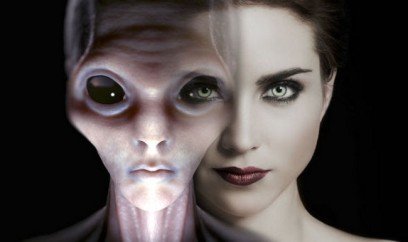 The most common way to spot a reptilian is simply one’s intuition. According to more experienced lizard-spotters, if you feel like the person has an alien presence, then they could very likely be a reptilian.

Your gut can’t always be 100% right, but combined with some holographic technical difficulties and a flash of scaly skin, you may be on to something. Of course, just because you have a bad feeling about someone doesn’t mean they are a reptilian hybrid who is bent on taking over the world—but they could be, so why take any chances?

What to do when you find a reptilian

What if you’re absolutely convinced that your local politician or your best friend is a reptilian? What do you do?

Well, nothing. Even according to the lore, you can never totally be sure who is reptilian and who is not. It’s not like this is an exact checklist. The whole point of reptilians is that they disguise themselves among regular humans and are hard to spot.

Not all reptilians have bad intentions, either, so don’t jump to conclusions just yet.  If you get a creepy vibe from someone, though, then obviously steer clear of them.

Reptilian or not, there’s no reason to be around someone who seems to have ill intentions.

At this moment I am going away to do my breakfast, once having my breakfast coming over again to read additional news.

bookmarked!!, I love your site!

You really make it appear really easy together with your presentation but I in finding this matter to be really something which I think
I would never understand. It kind of feels too complicated and extremely
huge for me. I’m looking ahead in your next submit, I will
try to get the hold of it!

This is really interesting, You’re a very skilled blogger.
I have joined your feed and look forward to seeking more of your magnificent post.
Also, I’ve shared your website in my social networks!

Everyone loves what you guys are up too. This kind of clever work and coverage!

Keep up the excellent works guys I’ve incorporated
you guys to blogroll.