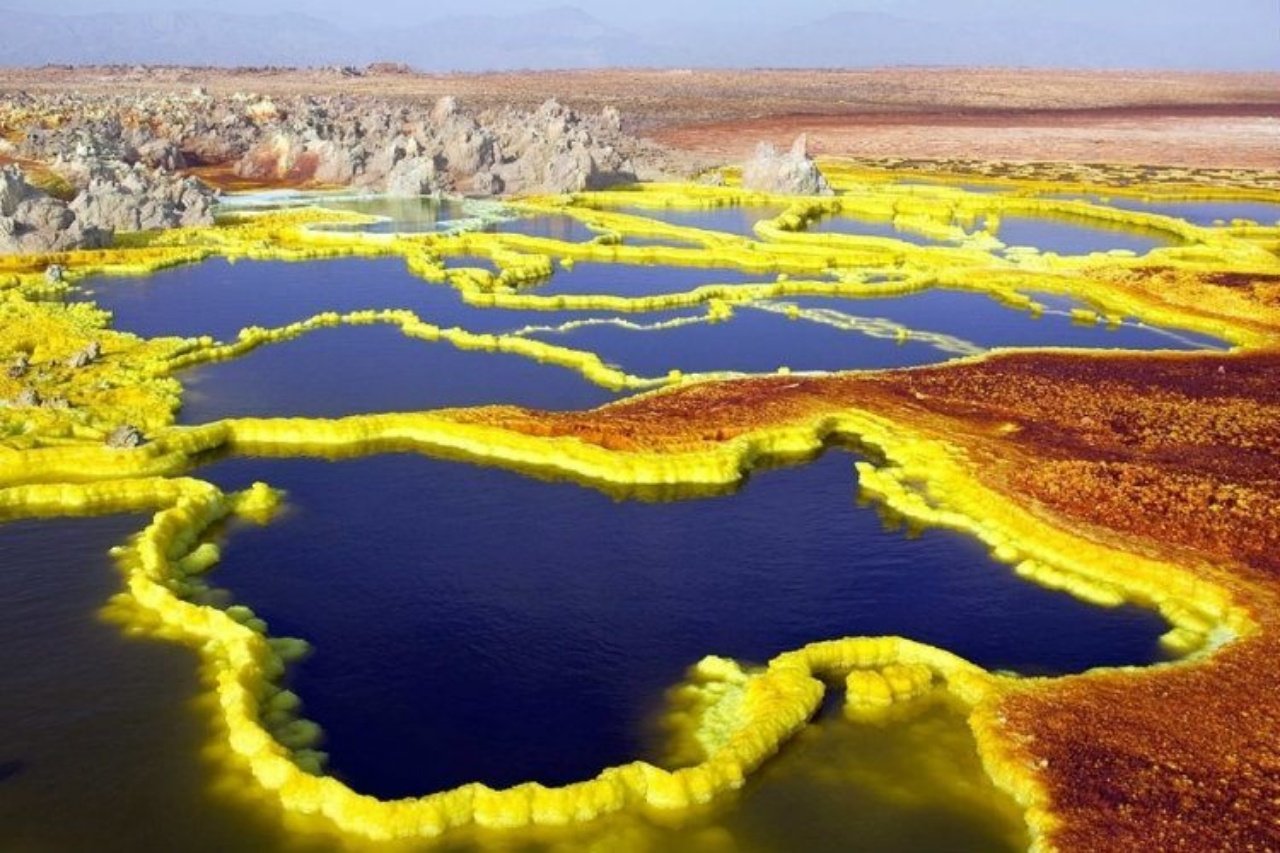 The specific point on Earth that reigns as the planet’s hottest place turns out to be a very complex, loaded question.

What defines ‘hottest’ exactly? Do we mean the place that reaches the highest temperature? The place with the highest average temperature? Or do we factor in humidity to come up with a place that has the most unpleasant climate for humans? And where are we getting this data from? Is it even reliable?

Every one of those questions has an answer, and every one of those answers can be argued. The answer is probably not going to be “my apartment in July”, though, unless you live in one of the world’s most remote places. Instead of trying to crown an individual hottest place, all the viable contenders were investigated. 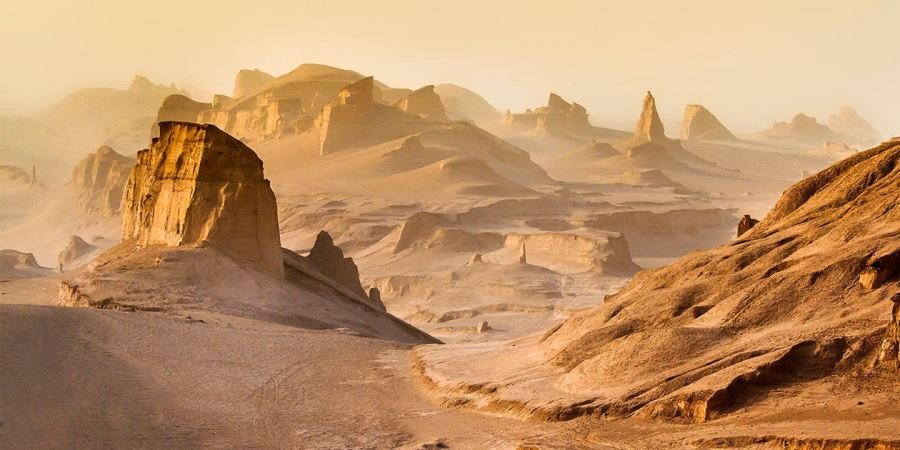 The highest temperature ever recorded was in the Lut Desert, in southeastern Iran, in 2005. But even that is sort of open to interpretation. For one thing, there are no weather stations in the Lut Desert, because why would there be? It is a horrible scorching salt desert. That means that the temperatures were noted with satellites, which have their limitations. They measure what’s called “land skin temperature,” basically the temperature on the Earth’s surface, instead of the air.

Typical weather stations measure the temperature of the air a few feet above the surface, because it’s slightly more stable than the ground itself. The temperature of the ground is dependent on factors like color, texture, and windiness. Even the consistency of the surface makes a difference, whether it consists of large rocks or small pebbles or fine sand, or if it has shifted recently. Still, in 2005, satellites recorded the ground temperature in the Lut Desert at 159.3 degrees Fahrenheit (70.72 Celsius). Yeah … 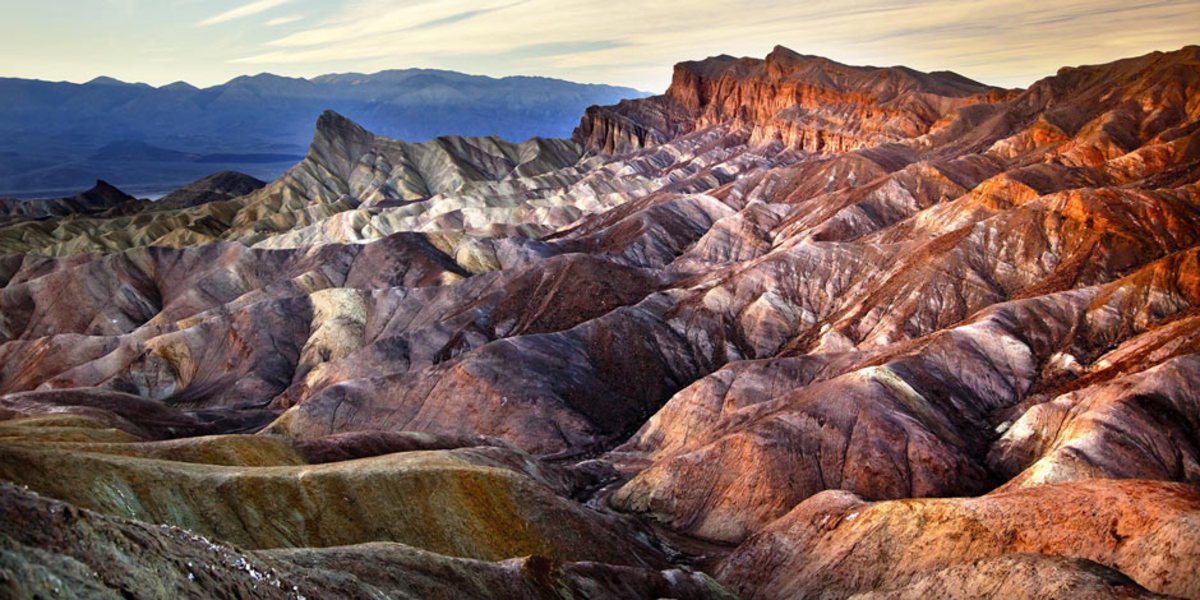 That shocking temperature pales in comparison with one recorded in 1972, in a part of Death Valley, California known as Furnace Creek. The area experienced the single highest ground temperature of all time: 201 degrees Fahrenheit (a whopping 93.88 Celsius!).

However, that’s not really considered indicative of the weather there; the Lut Desert measurement was an average over a large geographic area, not an exercise in finding say, the hottest rock, which is basically what happened in Furnace Creek. 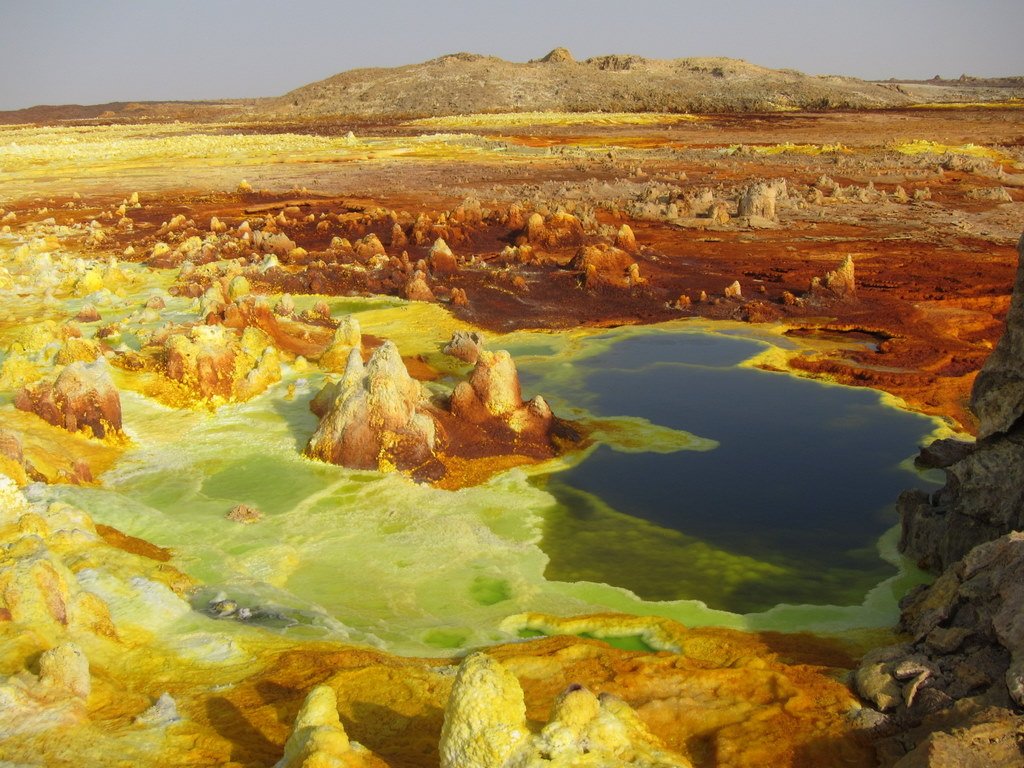 Most sources will tell you that the hottest inhabited place on Earth is Dallol, an Ethiopian settlement in the Danakil Desert, which stretches across three countries in the Horn of Africa. It is, according to all accounts, pretty much hell. Many active volcanoes spurt molten rock without warning. The ground is made up of unearthly colors, yellows and reds and oranges and greens that bring to mind the planet Venus. No, we don’t have temperatures for this place (probably destroyed all the thermometers). It is extremely difficult to get to; an excellent Gadling article explains that you need to bring two jeeps (in case one melts) and an armed guard, because the Afar people, who mine salt from the desert, have been known to pose a hazard to visitors, according to the Ethiopian government. Yes, people live and work there – extremely grumpy people, though.

Dallol, itself, has the highest average annual temperature of any place on Earth, at 94 degrees Fahrenheit (34 Celsius), but to call it a ‘town’ is sort of misleading. At one point there were salt-mining operations there, but it’s now considered a ghost town, visited only by the Afar and the occasional very extreme traveler. 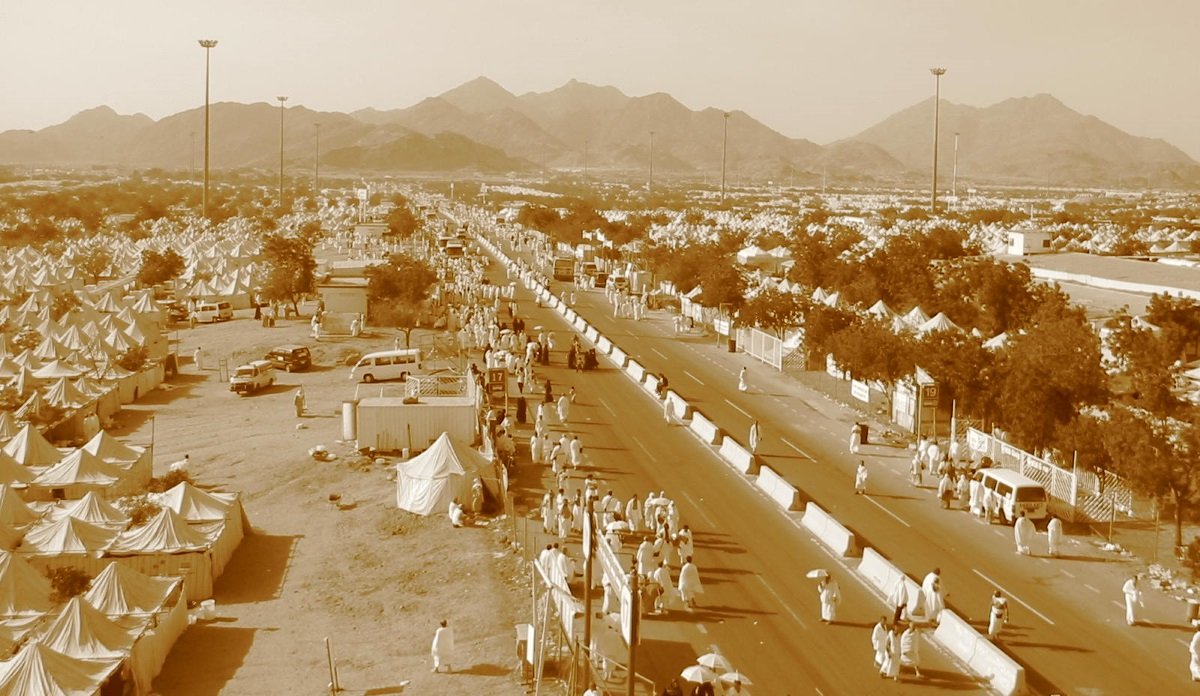 For obvious reasons, most inhabited places have more reasonable climates. If we bump our requirements up to the hottest place on Earth with a population of more than 100,000, that, according to Christopher C. Burt of Weather Underground, is Mecca, Saudi Arabia. The holy pilgrimage site, which sees around two million visitors each year, has an average annual temperature of 87.3 degrees Fahrenheit (30.72 Celsius).

Since Mecca is a desert city, it’s a dry heat, so the next contender might feel even hotter thanks to its humidity. The award for the most sweltering major city goes to Bangkok, Thailand, which has over six million residents and an annual average temperature of 86.5 degrees Fahrenheit (30.27).

Of course, the last ones seems downright cool when compared to temperatures in Death Valley and the Danakil Desert (which is probably a piece of hell itself).