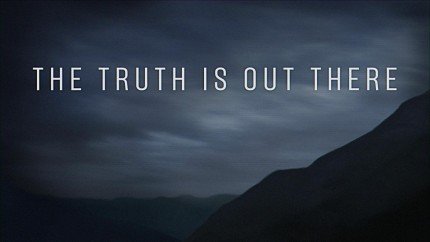 The 1990s were a high-water mark for public interest in UFOs and alien abduction.

But in the first decade of the 21st century, interest in UFOs began to wane. Fewer sightings were reported, and established amateur research groups like the British Flying Saucer Bureau disbanded. In 2006 historian Ben Macintyre suggested in The Times that the internet had “chased off” the UFOs. The web’s free-flowing, easy exchange of ideas and information had allowed UFO skeptics to prevail, and, to Macintyre, people were no longer seeing UFOs because they no longer believed in them.

But now “The X-Files” is back, and Hillary Clinton has even pledged to disclose what the government knows about aliens if elected president. So if Hillary Clinton is running for president, why is she talking about UFOs? Part of the answer may be that the Clintons have ties to a network of influential people who have lobbied the government to disclose the truth about UFOs.

But there may also be a broader cultural cycle at work. Sociologists such as Christopher Partridge have suggested that disenchantment leads to re-enchantment. While secularization may have weakened the influence of traditional churches, this doesn’t mean that people have become disenchanted skeptics. Instead, many have explored alternate spiritualities that churches had previously stigmatized as “superstitions” (everything from holistic healing to Mayan prophecies).

The rise of scientific authority may have paradoxically paved the way for UFO mythology. A similar change may be happening in the political sphere where the language of critical thinking has been turned against the scientific establishment. In the 1960s, Congress deferred to the Condon Report.

Today, conservative politicians regularly challenge ideas like climate change, evolution and the efficacy of vaccines. Donald Trump may have been the first candidate to discover that weird ideas are now an asset instead of a liability. In a political climate where the language of reason is used to attack the authority of science, musing over the possibility of UFOs simply doesn’t carry the stigma that it used to.