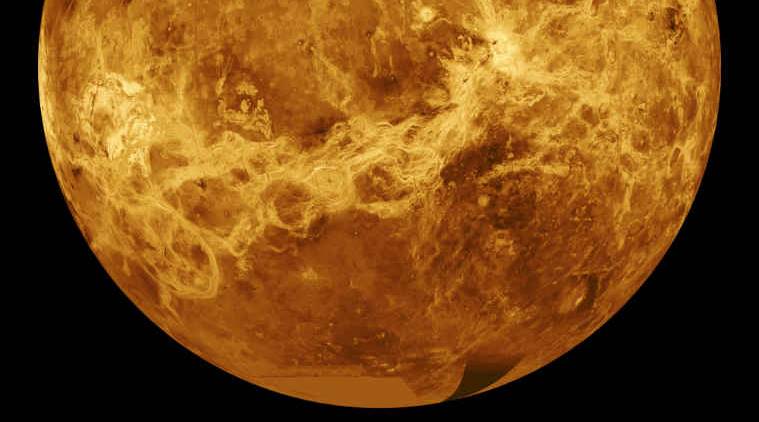 Planet Venus. In his 1954 novel Lucky Starr and the Oceans of Venus, science fiction writer Isaac Asimov imagined seas filled with life and underwater cities on our neighboring planet. It wasn’t long, however, before we discovered what really lurks beneath Venus’s thick cloud cover. In the 1960s and 1970s, the United States’ and Soviet Union’s spacecraft found a dense, toxic atmosphere on Venus full of carbon dioxide and clouds of sulfuric acid. On the surface, temperatures were hot enough to melt lead, and the crushing pressure was akin to that found in Earth’s deep oceans.

All of this means that Venus is violently hostile to life. Even so, the planet is so similar to our own celestial body in size, makeup, and location that it’s often referred to as Earth’s twin. And in its distant past, it may have been even more Earthlike—scientists now believe that Venus could have once held oceans and a gentler climate.

A world of difference 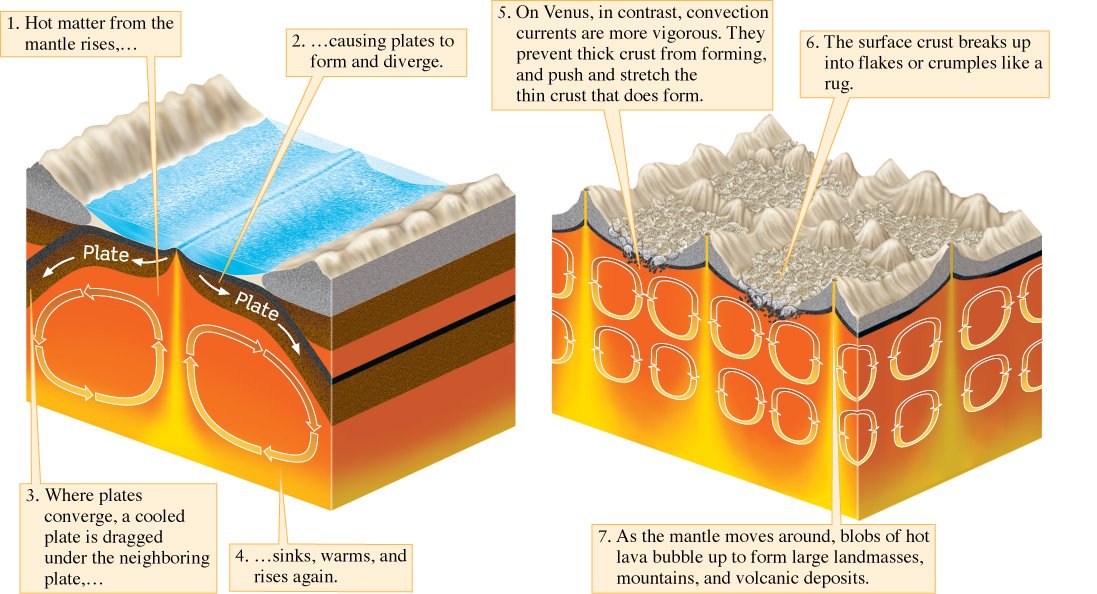 Billions of years ago, Venus and Earth formed relatively close together from similar materials.

Earth went on to become a wet, mild world ripe for hosting life. On Earth, plate tectonics, which cycles carbon in and out of the atmosphere, make that stable climate possible. When volcanoes erupt, they shoot carbon dioxide out from the planet’s interior. This greenhouse gas traps heat, keeping Earth toasty enough to support life.

If carbon dioxide were allowed to build up, you’d get a hothouse like Venus. However, the Earth slowly recaptures carbon dioxide when it dissolves in rainwater, flows into the ocean, and is used to build carbonate rocks like limestone on the seafloor. As pieces of Earth’s outer shell shift and grind together, they carry carbon back into the mantle.

In other words, plate tectonics powers Earth’s thermostat. Our planet’s restless crust also recycles other nutrients, like phosphorus, that organisms need to survive. While present-day Venus lacks plate tectonics, it may have behaved more like Earth in its early history.

In fact, there is evidence of past water on Venus. Pioneer Venus, an American mission launched in 1978, measured a form of hydrogen called deuterium, also known as heavy hydrogen. On Earth, this isotope is much less common than regular hydrogen. But on Venus, deuterium isn’t quite so rare in comparison to ordinary hydrogen, indicating that a great quantity of the lighter version of the element has vanished.

Venus versus the Earth

At some point, though, Venus’s fate diverged from that of Earth’s, and the planet wound up as an ‘uninhabitable hellscape’. It’s not clear why this happened. One possibility is that Venus’s seas began to evaporate because the planet receives more solar energy than Earth. In the upper atmosphere, sunlight would have broken the water vapor into oxygen and hydrogen, which then fled into space. Without water to weaken the crust so it could break up, there could be no plate tectonics as we know it. Venus would have become hotter and hotter as water vapor and carbon dioxide built up in its atmosphere. 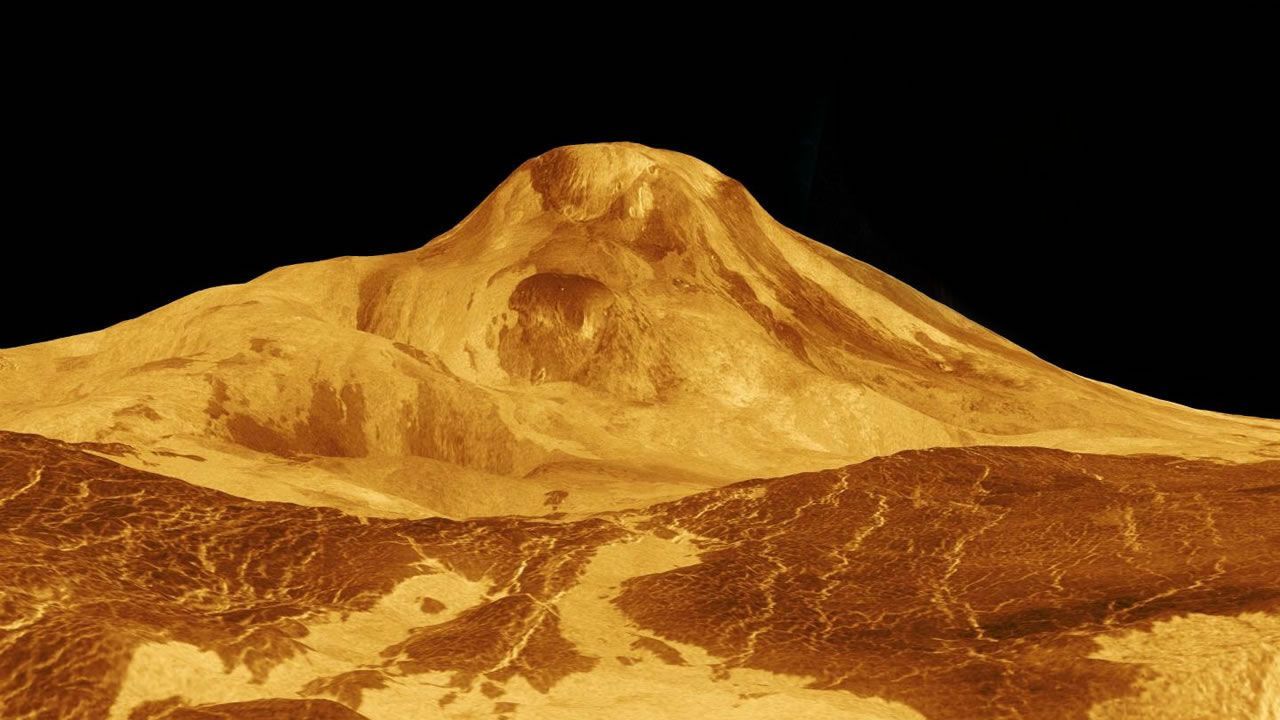 The scorching, poisonous place Venus has become can actually give us a glimpse into our own planet’s history.

When the Magellan mission orbited Venus in the 1990s, it took radar images of the planet’s surface that revealed mountains ranges. These features resemble mountains and plains of cooled lava created here on Earth when pieces of crust were jostled about by the sluggish churning of the mantle beneath them, scientists reported in December at the American Geophysical Union meeting in New Orleans. Similar forces might be active on Venus; it’s possible that the planet’s intense heat warms its crust enough that small pieces can slightly detach from the mantle about six to nine miles down. Some of the plains surrounding Venus’s mountains had been deformed, suggesting that blocks of crust could have been moving about pretty recently. 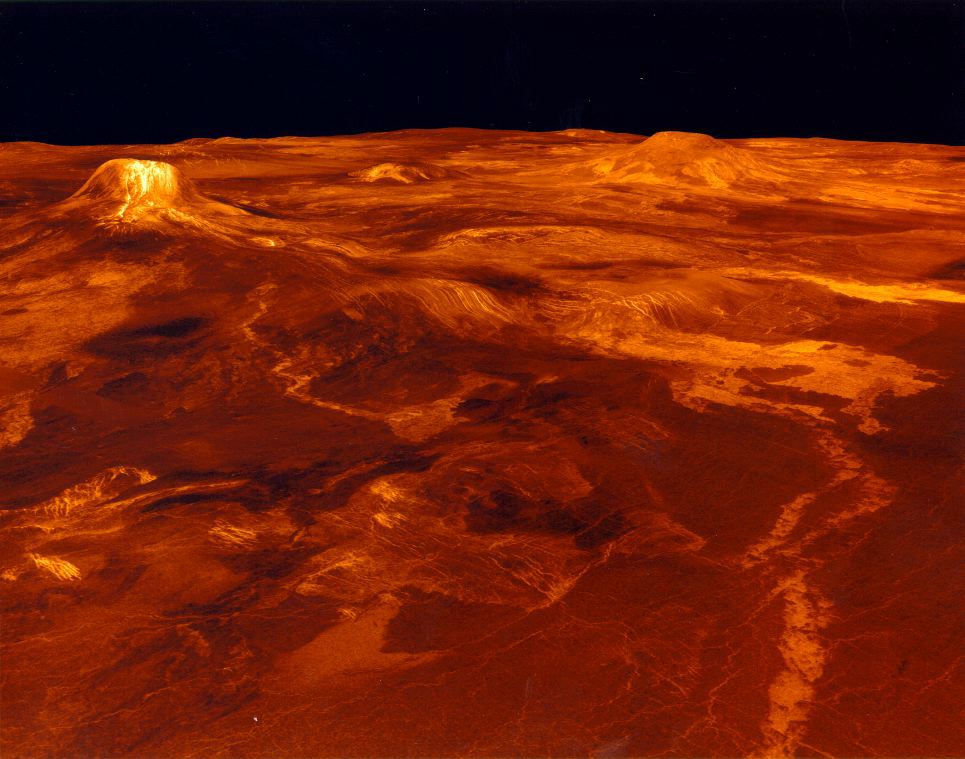 Back in the 1970s, Venus proved key to our discovery that chlorofluorocarbons—chemicals used in hairspray, air conditioners, and other products—were a threat to the ozone layer. While creating computer models for the atmosphere of Venus, researchers at Harvard and MIT found that chlorine is really good at breaking apart oxygen compounds like ozone. Before long, another group at the University of California, Irvine, had realized that the extra chlorine we were pumping into our atmosphere might be doing the same thing on Earth.

Venus also offers a preview of our future. Over time, stars increase in luminosity. This means that the planets in their orbit will be bathed in more solar energy. For a planet with liquid water and an Earth-like atmosphere, that means a one-way ticket to Venusville.

We’re getting better and better at discovering planets beyond our own solar system—including ones about the size of Earth. We can’t study the soil or atmospheres on these planets to find out if they might be amenable to life, though.

Instead, we realize that two worlds that look the same from a distance can in fact be the Jekyll and Hyde of rocky planets.

It’s possible that Venus’s proximity to the sun is the main reason why it turned out so differently from Earth. But there could be other, more subtle forces at work too, like Venus’s lack of a strong magnetic field. 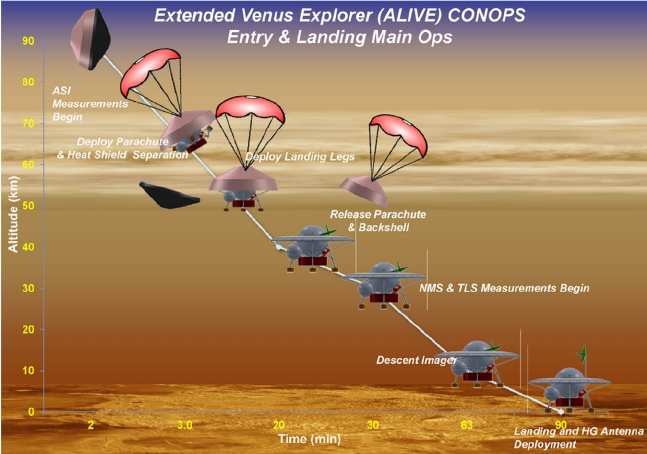 Even though Venus is our closest neighbor, there’s a lot we don’t know about it. The planet’s thick blanket of clouds makes it difficult to observe, although missions like Magellan and Venus Express have taken radar and infrared images of the surface. Those pictures revealed another challenge: The surface of Venus isn’t very heavily cratered, indicating that it hasn’t existed for long enough to get dinged up much.

Then there’s the fact that Venus’s extreme conditions destroy any lander that visits within a matter of hours. This means that funding is harder to secure for Venus than for the Red Planet.

Another mission headed by Glaze – called Venus In situ Composition Investigations (VICI) – was awarded funding to hone its technology for future competitions. It would have sent two landers to visit highland plateaus that are older than the rest of Venus’s surface. These features might be similar to Earth’s continents, which are built from different kinds rock than its oceanic crust. VICI would have fired a laser into these rocks to vaporize a tiny bit of material, then measured the minerals present in both the plasma it had created and in un-vaporized rock. If Venus’s plateaus have a different composition than the rest of the surface, it could mean that water was involved in forming them.

Venus is hard to explore, sure, but it’s not like it hasn’t been done before 40 years ago. To know what to expect on the exoplanets are discovering far away, however, we’ll need to take another trip next door. It’s incredibly important that we get back to Venus.