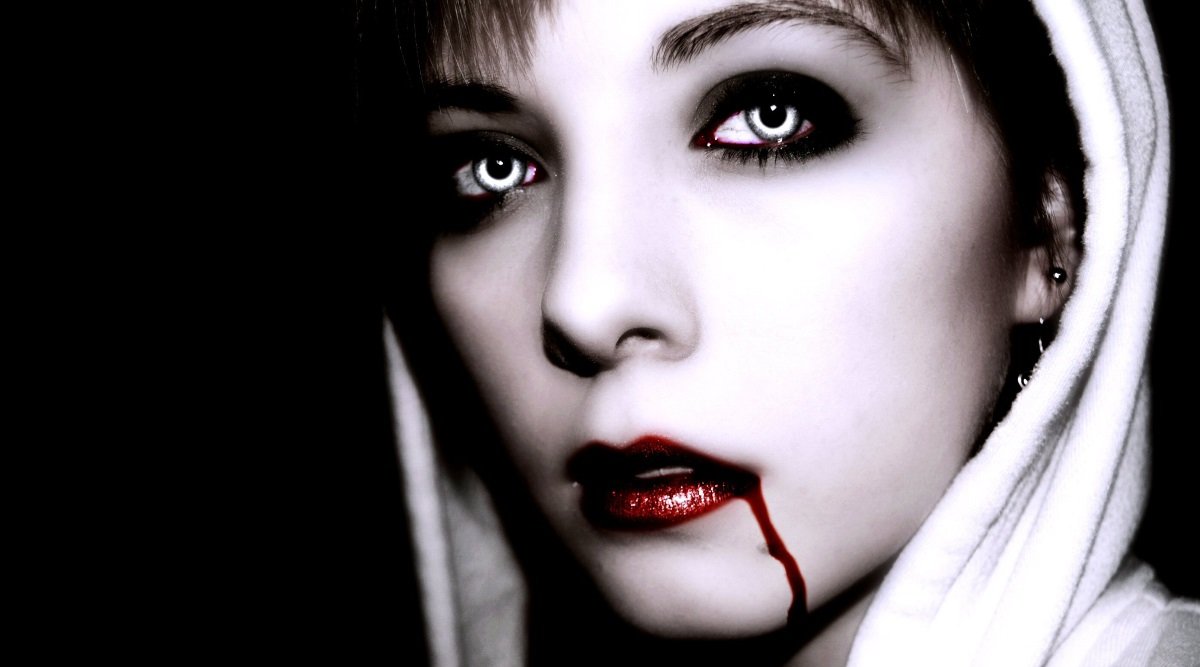 Dating back thousands of years, vampires have both terrified us and captured our imaginations. Vampire lore has been cobbled together from the fragments of whispers and dark tales. Hard to verify but equally hard to dismiss, their lore is based on those written or spoken accounts of events handed down through the ages.

So, ask yourself: What about vampires fascinates the world? Some might say it’s the romantic notion of a dark savior dressed in the latest fashion and sleeping in a coffin lined with taffeta (that’s the cheesy version). However, there is a much darker side of vampire lore which human dress-up-and-play-evil wannabes don’t take into consideration. It’s the list of curses befalling anyone unfortunate enough to be turned into a vampire. This is a list those ten most commonly believed vampire curses.

It is believed in many circles that the first vampire was Cain, who slew his brother Abel and was subsequently cursed by God. Thought to be a blasphemy to God, vampires drink blood, as the blood (of Jesus Christ) is everlasting life. As time drug on, the blood became a necessity, rather than rebellion.

While some people would think this to be a great gift rather than a curse, it would soon drag on and become much too great a burden to bear. The eternal or everlasting life curse is closely related to the curse of drinking blood, as the blood is the life (previously stated).

Vampires were cursed to dwell in outer darkness, or outside of the Garden of Eden in the wilderness. This curse took on a life of its own, as day becomes night and all things become shrouded in darkness, just like those cast out of God’s light. Sunlight burns vampires almost instantly, with a few exceptions to those who have learned to tolerate the day.

This is a strange curse, but it is believed that running water symbolizes the blood that ran from the body of Jesus as the soldier pierced His side with the spear.

Continuing with this particular type of cursing, crosses are looked at in the Christian faith as a symbol of hope. Jesus Christ, the only Son of God, is believed to have died on a cross to redeem mankind of their sins, and to ultimately save the souls of all mankind for all eternity. Vampires are cast from that light for all eternity and are never able to be redeemed.

Wood is said to catch inside the soul of a vampire, trapping the creature in that moment in time and ultimately killing it. We have all heard about wooden stakes being used to kill vampires. “Drive a wooden stake into its heart…” But wood in general, be it a toothpick, or a thorn bush, can bring a vampire down even if it doesn’t pierce the heart. If the wooden object catches the flesh of a vampire, it has the same effect as a wooden stake to the heart.

Back to the religious side of cursing, holy water symbolizes a person’s rebirth into the body of Christ. If a vampire is cast out of this light and never to be redeemed, then holy water becomes self-explanatory.

A vampire is believed to cast no reflection in a mirror, a pool of water, shiny objects, glass, etc. This is a curse worth mentioning, as it is a very popular one in vampiric lore, however, the origins of this curse are unclear. Speculating on it, maybe this curse has something to do with a deep self-hatred for what he or she has become. Therefore, the creature refuses to bear its own reflective gaze. A self-imposed curse …

This is a long shot as far as curses go, as I personally don’t think it’s a curse as much as a symbol of death. Not all vampires sleep in coffins, but popular lore has coffins being the resting place by day of all vampires. Vampires are able to rest in any dark location out of the way of the sunlight. A coffin is used to bury the dead underground, which is well out of the way of the sunlight.

This is the ultimate curse, which is often overlooked and sometimes completely forgotten altogether. This particular curse takes some of the ones mentioned previously and wraps them all together into one eternal nightmare. From a brotherly betrayal and the punishment bestowed for the betrayal, to drinking blood and dwelling in outer darkness forever, reliving tragedy is the embodiment of a vampire’s life… err… unlife. Think about all the fairytales and stories of vampires, and even the movies about vampires. They all have it present, even if no one actually says it. A man loses his true love, is cursed to dwell in darkness (of heart) forever over the loss. Through the centuries he finds her over and over again, only to lose her again; continuing on for eternity in anguish.

Garlic’s effect on vampires has its roots in gypsy lore. (Finally, one for all the non-Christian vampire buffs out there.) Garlic is believed to make a vampire flee from the area, but not necessarily kill the vampire.

Posted in Not The Norm, Unfamiliar
Tagged the unknown, vampire curse, vampires