Space is big and dark, and since there is no air, no one can hear you scream as you float away forever and ever and ever. But those are only the human-sized terrors that space has to offer our nightmares. Because, as you will see, if you step back a few thousand light years from your simple humanoid perspective, you will discover that the universe contains some much stranger, much larger, and much more terrifying mysteries than you ever thought to be afraid of. 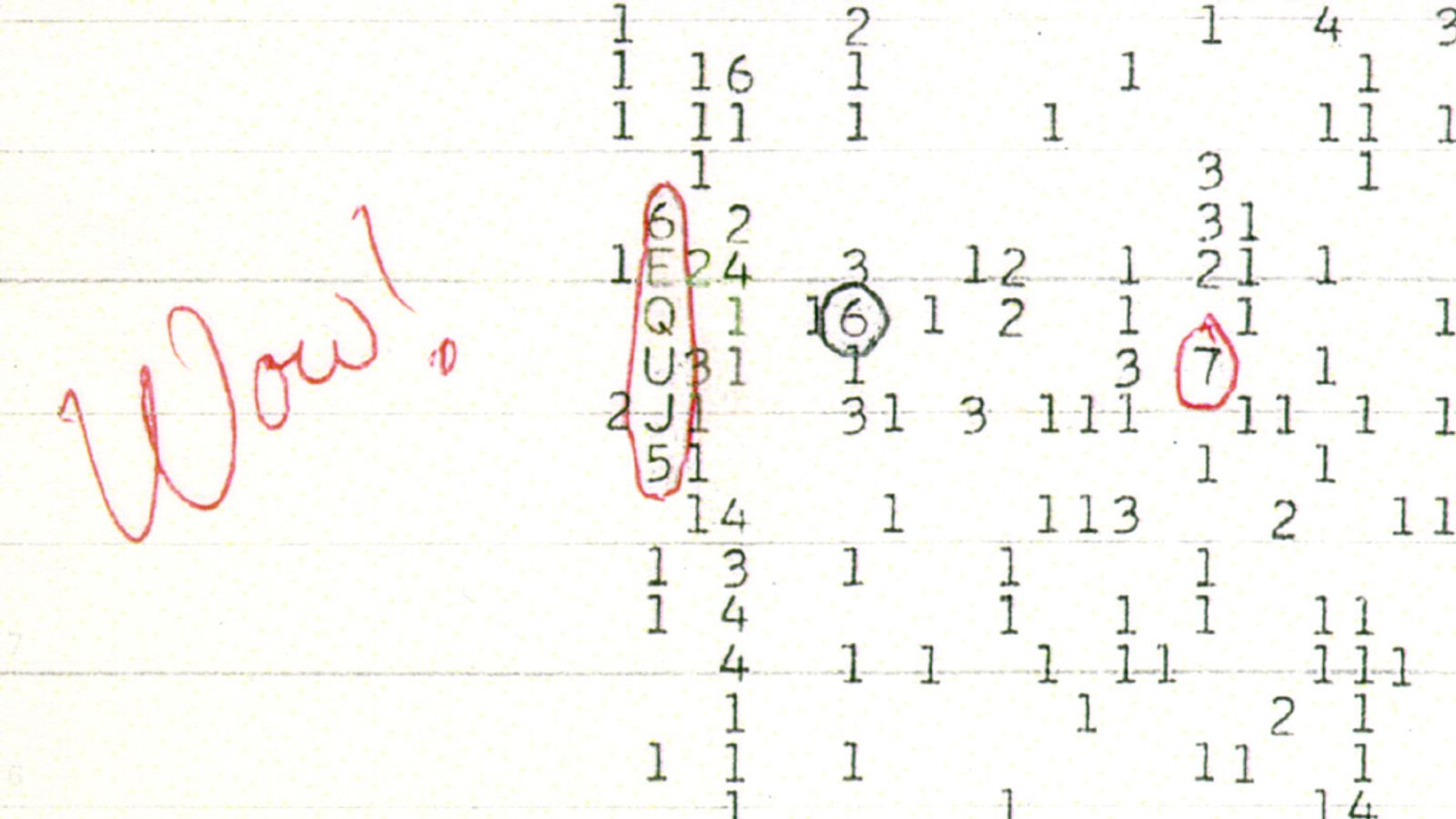 In 1977, the Big Ear radio telescope at Ohio State University was busy listening. Big Ear was built in 1963 for the purpose of listening to wide-band radio emissions from the stars, but in 1973 it was converted for the use of SETI (the Search for ExtraTerrestrial Intelligence), and began searching the skies for more specific narrow-band signals that might indicate intelligent life. Being the 1970’s, however, the analysis of the incoming radio signals wasn’t particularly complex—mostly recording frequency, signal strength, and bandwidth—but in 1977 it was good enough for the operators to know it had picked up something interesting.

In August 1977, astronomer Jerry Ehman was looking at computer printouts of the signals received by Big Ear over the previous few days, when he came across a sequence of numbers and letters that have since become famous. 6EQUJ5 might seem innocuous, but along with other data, it represents a continuous narrow band signal of around 1420 megahertz, from a fixed point in space in the constellation Sagittarius, that gradually grows in strength and then fades as the radio telescope orientation passes across its source (an explanation of the sequence can be found here, provided by Mr. Ehman himself). When Ehman saw this sequence on the paper, he was so surprised he circled it and immediately wrote “Wow!” in the margin, hence the name.

Over the years, Ehman and others have repeatedly searched for the signal again, and tried to come up with more mundane explanations for its existence. But after ruling out aircraft, asteroids, reflected terrestrial signals, space farts, and the Bat Phone as alternate sources, the only explanation they haven’t been able to rule out is … extraterrestrial intelligence. 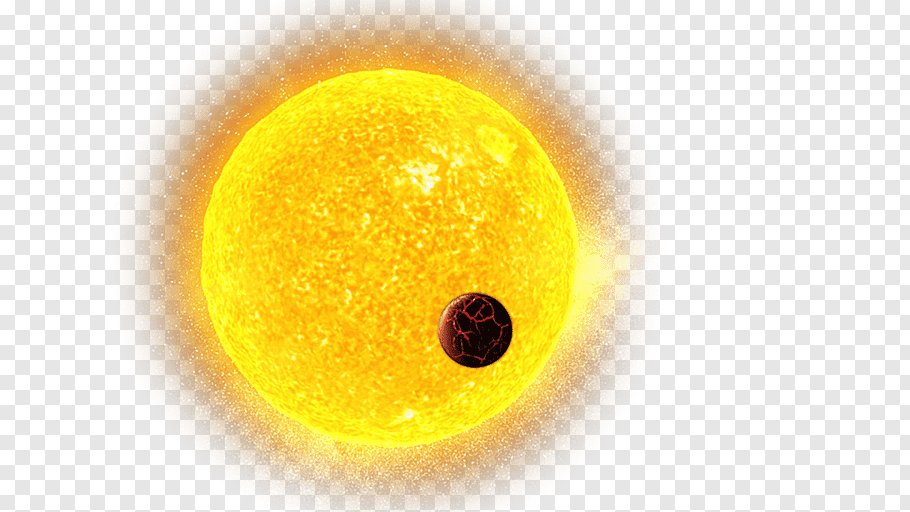 In 1991, American astronomer James Scotti spotted something strange in the sky. From his first observations, he made predictions about where the object would show up again, but when he pointed his telescope in that direction, he failed to spot the object. Because it was so weird, the standard assumptions he had made about its likely speed and direction were wrong, and it was only by accident that he caught another glimpse of it in a later observation.

When he put two and two together, he realized that this strange object was circling the Sun in a very similar orbit to the Earth. This is quite rare for a natural object, because the proximity of Earth and its gravitational field will usually disrupt its orbit, sending it off on a new path. The only realistic explanation was that the object was some remnant of the various big-budget Cold War space launches, like a Saturn 5 second stage, or some Russian hardware. But when the course of the object was plotted backwards to its last close Earth approach around 1973, it failed to match up with any of the known launches of that era, leaving the whole thing a mystery … or a possible alien space probe. 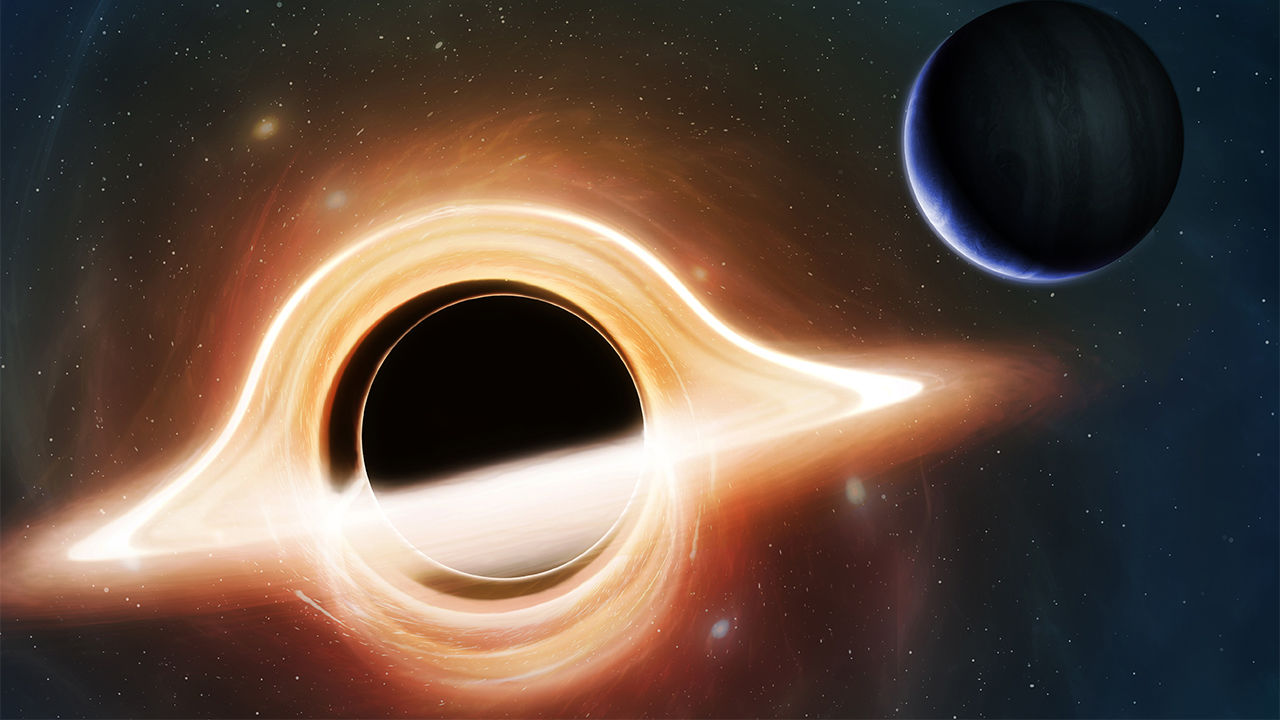 In 2012, NASA discovered what, in all likelihood, was a humongous black hole being kicked out of its galaxy. It was observed hurtling away at speeds of “several million miles per hour.” That a black hole got chucked like an unruly bar patron is bizarre enough, but consider just how massive a black hole is. As astronomer Francesca Civano — who led the study that discovered the black hole — explained, this black hole is millions of times more massive than the Sun, and this galaxy just sent it packing like nothing. That’s like lifting an elephant with your pinkie and flinging it into the next state.

There are a few theories about how this happened, though none are proven. Civano and her team theorize that two galaxies (and the black holes in each) merged; the resulting gravitational waves gave the now-single hole a humongous kick-start, causing it to escape. Meanwhile, another theory involves three supermassive black holes clashing, with the lightest one getting kicked out of the party. Yet another theory says there are two supermassive holes, but the one that looks like it’s leaving is actually arriving, attracted by the second hole. Current data supports the gravitational wave theory, but nothing’s proven, aside from how a massive, invisible matter-sucker speeding through space is the stuff of nightmares. 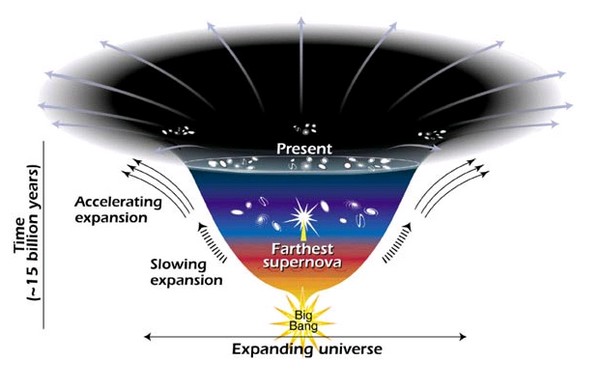 Part of Einstein’s theory of gravity concerns a “cosmological constant,” the idea that seemingly empty space is filled with its own energy. This energy would be produced by space, so as the universe expands and creates more space, that extra energy would make the universe move even faster. But since we have no clue how space could make its own energy (interstellar photosynthesis?) this is just one unproven theory among many more. 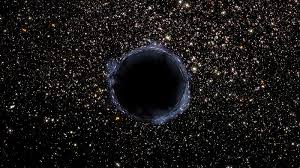 Space is pretty big, and although there are lots of stars and galaxies and such flying about, there’s also a lot of, well, space—that’s why it’s called that. And while astronomers are used to talking about large gaps between objects, one has been found that leaves even space experts speechless.

The first hint of the Eridanus Supervoid’s existence turned up during a survey of the Cosmic Microwave Background, which is the electromagnetic remnants of the earliest moments of the Universe still whizzing about in space. When the clever people were looking at their results, they noticed a “cold spot” in the direction of the Eridanus constellation. Subsequent observations identified the Eridanus Supervoid as an unexpectedly large — and very empty — bit of space, around one billion light years in diameter. Even by astronomical standards, that’s a pretty large piece of real estate … or real vacuum, if you prefer. Other voids have been found before, though this supervoid is so large that it can’t be explained by current theories of the universe, which is pretty worrying.

Nevertheless, scientists love the opportunity to propose a new theory, and some of them are quite creative. The most straightforward idea proposes the existence of a super, super, super-massive black hole with the mass of thousands of galaxies. This would have the power to suck in all stars, planets, dust, light, dark matter, and cosmic microwave background radiation for huge distances, growing ever stronger with each meal. Black holes are always exciting, and incredibly massive ones even more so, but science has an even more terrifying theory cooked up too.

See, instead of a black hole, some researchers have proposed that the void is actually evidence of a parallel universe, no doubt with hordes of technologically advanced and ruthless aliens just waiting for a chance to evict us. More work is required to give greater credence to this theory (the parallel universe, not the aliens), but let’s hope it’s not true. One universe is quite enough to feel insignificant in — we don’t need a few thousand more around the edges to devalue our life goals even further. 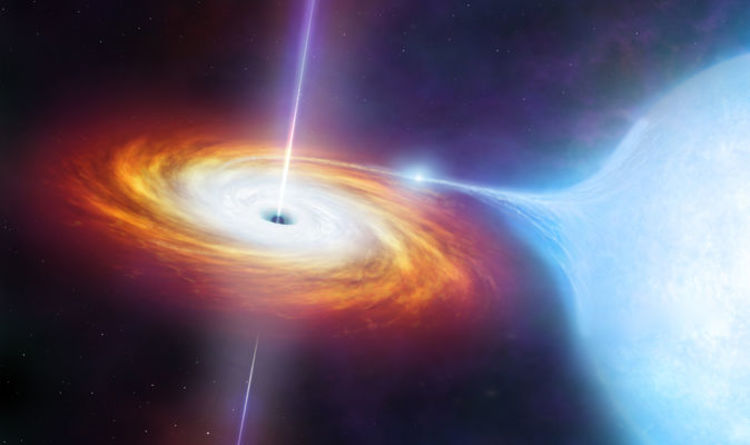 Does anything sound more metal than “zombie stars”? Amazingly, they’re real. Maybe. Few examples, even hypothetical ones, of zombie stars exist, but enough are out there to make you wonder if they’re real. Space is pretty weird, remember.

In August 2014, NASA announced it had discovered a star system that had fallen victim to a weak supernova explosion, one dubbed SN 2012Z because scientists are not typically novelists. Usually, when stars supernova, it’s game over, but in this case, scientists discovered that a part of the system’s dwarf star may have survived as a sort of zombie star. If true, this would likely be because the supernova was a weak one, appropriately enough called a Type Lax supernova. The explosion would damage a star beyond repair but not outright destroy it, leaving behind a “zombie star.” No such zombie has officially been confirmed yet, but it’s currently the best explanation for how some stars can get blown to bits but still hang on.

Here’s another reason they’re called “zombie stars”: they apparently scream as they eat other stars. As NASA explained, several seemingly dead stars are emitting high energy X-rays that could well be their “howls” or screams. If that’s not freaky enough, they “scream” while siphoning energy off other nearby stars, essentially feasting on them. But NASA doesn’t yet know how they emit these X-rays, considering they’re supposedly dead. Perhaps they don’t want to know, because an undead star basically eating the brains of a living one isn’t a reality many of us are strong enough to face. 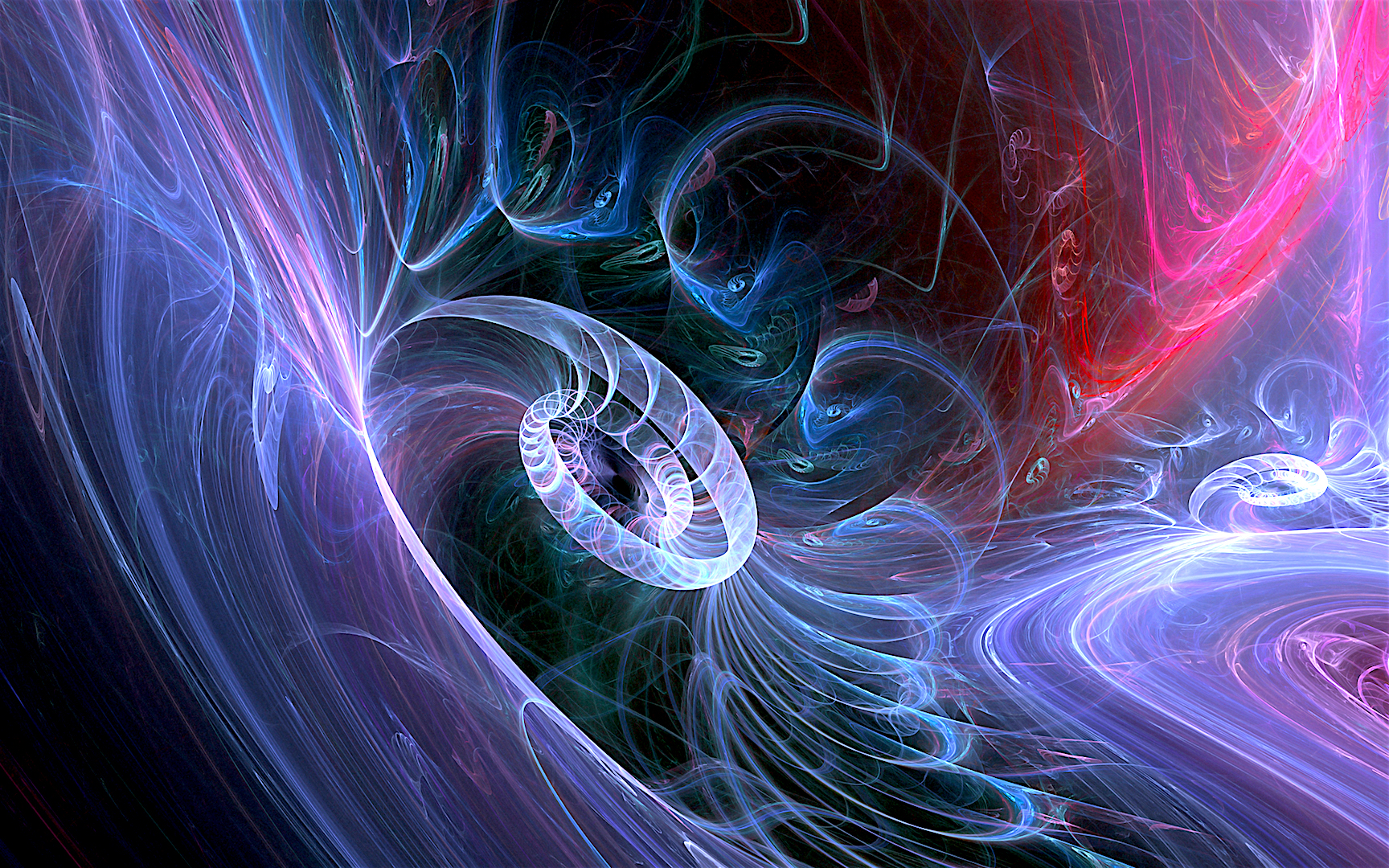 The observable universe is about 90 billion light years across, but experts feel the entire cosmos is at least 250 times larger. And apparently, something there is influencing the galaxies we can see, making some disappear like cosmic dust in the wind.

In 2008, a NASA team discovered weird, unexpected movements in far-off galaxy clusters. These movements seemed to be sending these galaxies in a single direction, away from anywhere we can see. The team’s lead scientist, Alexander Kashlinsky, isn’t sure what’s causing these oddball movements, only that it doesn’t seem to be anything observable. So he’s theorized that forces beyond what we can see are controlling these clusters, dubbing whatever it is the “dark flow.” There’s no better name for an invisible force pulling entire galaxies into a mysterious void we can’t even begin to see.

Amazingly, not only do we not know what the “dark flow” is, we’re not even sure if it exists. As New Scientist reported, 2013 data from the Planck spacecraft seemingly disproved the flow, based on a high-res map showing no galaxy clusters flowing away from us like a single-line marching band. But even some Planck scientists insist that data was flawed, and in 2015 Kashlinsky and his team returned with a vengeance. They claimed follow-up studies proved consistent with their original findings, and the same “dark flow” dipole marker appeared in all their tests. This tells them dark flow is real, though we still don’t know for certain. Hopefully it’s not, because if so, our Milky Way might be next in line to join the Black Parade.