Aliens exposed. We don’t really know if aliens actually exist. But, over time, it has become clear that there were three different types. So each type were given names in order to categorize and simplify their details.

The main kinds of aliens that most people speak of today are the Greys, the Reptilians, and the Nordics.

The most well-known of alien types, the grey alien is the most well-known and is typically described as being a very thin being with an oversized head. They stand 3 ½ to 6 feet tall and weigh anywhere from 50 to 90 pounds. 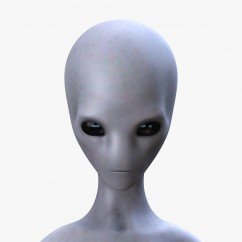 The Grey’s primary method of communication seems to be through telepathy. Alien encounter stories indicate that most people could hear them speaking in their mind. There was a sense of knowing what the Grey was communicating, although no sound was coming from the alien’s mouth.

Theories about where the Greys came from are based on a star map drawn by Betty Hill, who was reportedly abducted by Greys and then later, under hypnosis, drew a map of what she had seen. After analyzing this information, UFO researcher Marjorie Fish hypothesized that the Grey aliens’ homebase is a pair of stars about 220 trillion miles away from earth known as Zeta Reticuli. Based on this theory, Greys are sometimes called the Zeta Reticulans or Zeta Reticuli aliens.

Based on abductee reports, for the most part, the Greys seem to be scientific observers interested in the study of other life forms in the universe. They perform tests and medical evaluations upon their human subjects and then free them.

Conspiracy theorists believe that the Greys were the ones originally found in Roswell, New Mexico, and that this species made an agreement with the U.S. government. They offered advanced technology in exchange for the ability to be able to experiment with human subjects through genetic engineering to prevent the extinction of their race. This theory explains why the majority of alien encounter stories are usually about the Grey alien race. 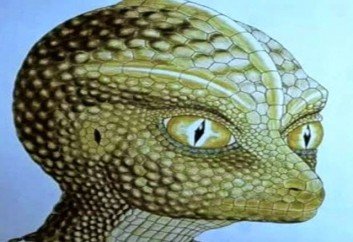 Only about 20% of alien abductees describe Reptilian encounters, but according to some of these reports, Earth-dwelling Reptilian beings (or Reptoids) are humanoid and stand about six to nine feet tall. Their human-like body is very muscular, with long arms and legs, and three long fingers and one thumb on each hand. Their skin has dark green or brown scales. According to some reports, they also have tails.

The origins of the Draconian Reptilians dates back millions of years ago to a planet near the Draco Constellation, where they had the right to conquer and destroy anything that got in the way of their evolutionary progression.

People who claim to have been abducted by Reptilians claim that this alien type uses fear and force to coerce and intimidate their human captives. Conspiracy theories abound that the Reptilian is a malevolent group seeking dominion over not only our world, but other worlds all around the universe and that they cloned Grey aliens as a slave race and now plan to do the same to humans. Believers in this theory claim that the Reptilians live in the 3rd, 4th and 5th universal dimensions, feed on negative energy, and attempt to cause conflict in our world.

Described as humanoid extraterrestrials, the Nordics, also called Blondes, have a very human-like appearance and stand anywhere from 5½ to 7 feet tall.

In every relevant abductee account, the Nordics always have blonde hair with light eyes. The most typical shade of eye color described is blue, however reports have also described violet, pink, red, purple, and green eyes. Known to be in great physical shape and extremely attractive to humans, Nordics can easily pass for human when seen from a distance. They communicate with telepathy and telekinesis.

The Nordics come from the Pleiades star cluster some 400 light years from Earth. Billy Meier of Switzerland claims he had several visits with them beginning in the 1940s. According to his story, their home planet is called Erra, which is in a different dimension than ours. They are an ancient humanoid race that discovered our planet around 225,000 B.C.

Nordics are silent watchers of Earth. Their purpose is to enlighten by providing spiritual revelation and warn humans about behaviors that could potentially lead to catastrophe. Some proponents say that ideas within the New Age movement were given to us by the Nordics.

The idea that unknown aliens visit us here on Earth, communicating to us and abducting us, seems far-fetched to some and exciting for others. Bringing clarity and understanding to the situation will help us all in our quest to know just what is happening in our world and answering the timeless question, do aliens really exist?