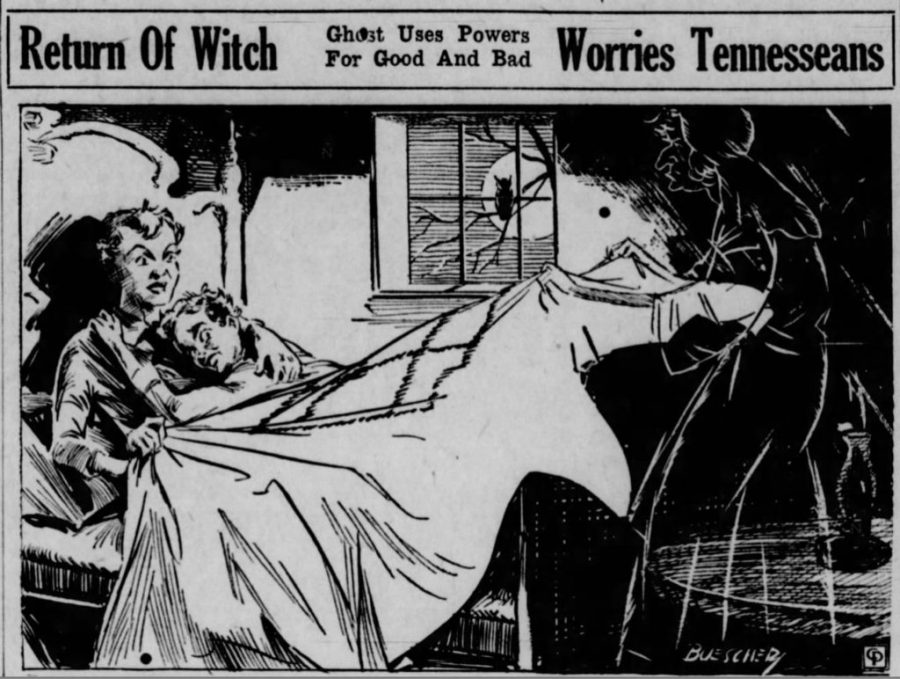 The Bell witch. It all happened in a farm house that stood on the Red River trail near Adams, Tennessee in Robertson County, which in the mid-1800’s was the site of many horrific encounters with a spirit that terrorized the Bell family.

The ‘Bell Witch’ as it came to be known soon became the de-facto legend of the state and boasts some big names as being involved with the bizarre case. Among them was General Andrew Jackson, soon to be America’s seventh President.

According to historians and written legend the haunting first manifested in 1817 with family patriarch John William Bell, SR. He encountered a macabre creature with the body of a dog and the head of a rabbit on his property. He shot at the creature though legend fails to mention if he hit or killed it with this shot.

At a later and undetermined time the Bell family began reporting strange occurrences such as knocking, gnawing sounds, and scratching outside the home. The occurrences soon became more frequent and eventually invaded the home and the noises persisted now within the residence.

Over time the phenomena increased with the brunt of activity centered on the youngest daughter Betsy Bell. Betsy claimed that she was attacked by unseen forces, poltergeist activity manifested with objects being moved and thrown about by unseen hands and culminating in a disembodied voice having conversations with the family.

The voice spoke of events that were to become and predicted wars, drought and other events. The voice interacted with the family and guests of the family and soon visitors from town were being entertained by the mysterious Bell Witch predictions and conversations.

At one time a visitor inquired of the presence, ‘What are you?’ and receive the cryptic response, ‘I am all that lives.’

Apparently General Andrew Jackson, intrigued by the tales, visited the home and visited with the Bell Witch. On the journey to the home, up the long road to the front door, Jackson’s carriage become stuck and he proclaimed, ‘By God, I believe the Bell Witch prevents our passage’.

It is said that a voice from the air acknowledged itself as the witch and told the future president that he and his entourage will be granted safe passage. The carriage became freed from the unseen obstruction and carried onward.

Jackson in all his letters, journals and accounts never once mentions visiting the Bell farm though. Considering the fantastic nature of the event one would think he would have documented it somewhere. 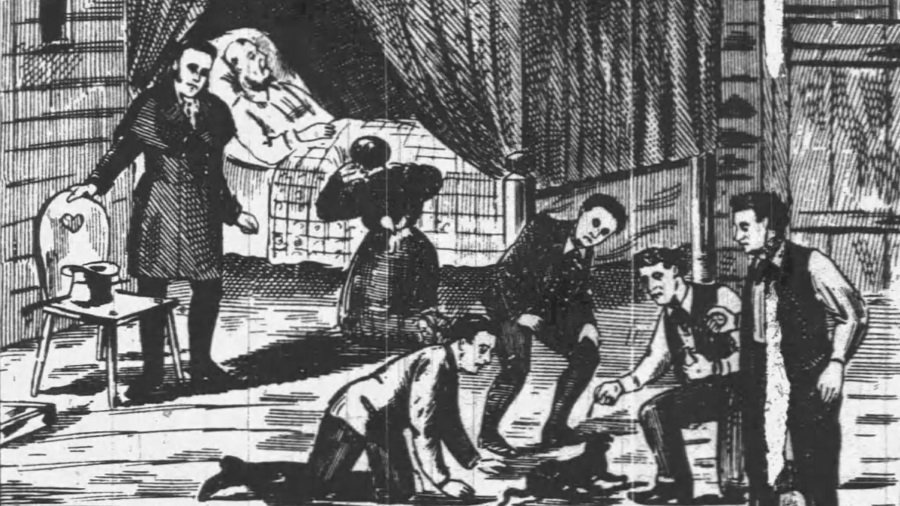 Over time, John William Bell, SR grew ill. He suffered facial paralysis which left him unable to speak (a stroke in present terms). In the puritanical times of the 1800’s he was thought to have been cursed by the Witch that haunted his home.

Bell succumbed on December 20, 1820 leaving a vial of clear liquid on his bedside. He drank the elixir based on the advice of the witch. When the elixir was given to the family cat, the cat too died. The vial and remaining contents were cast into the fire.

The witch continued to interact with the family until 1828 when it announced that it was leaving but would return ‘one hundred years and seven’.

According to local lore, the witch returned to the home in 1935 and took up residence once more. There has been no supporting evidence to substantiate the claims. To the contrary, local sources state that 1935 brought nothing but normalcy with it.

What actually transpired on the Bell farm? Aside from written accounts from those present at the time, not much can be garnered in the way of truth. Just like any modern claim of a haunting we have to take it at face-value and either believe that something frightening and evil made the bell farm its home or it was simply the overactive mind of a puritanical family trying to explain away unexplained but natural occurrences they were experiencing.