While the Roswell crash is arguably the best-known UFO story in history, it was far from the first.

Here are strange reports of UFOs and alien encounters, from long before Roswell became synonymous with alien activity.

A Close Encounter In Republican Rome 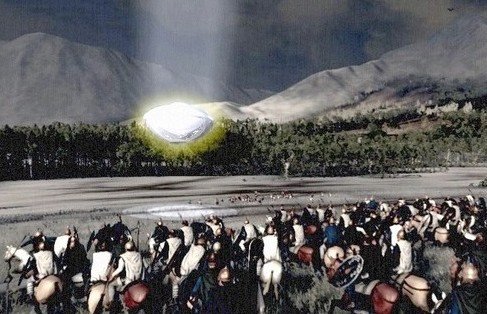 In 74 BCE, the Roman historian Plutarch described reports from eyewitnesses in two opposing armies in the western part of what is now Turkey. Their battle was interrupted by a bizarre sight. Plutarch wrote in his text Lucullus:

“But presently, as they were on the point of joining battle, with no apparent change of weather, but all on a sudden, the sky burst asunder, and a huge, flame-like body was seen to fall between the two armies. In shape, it was most like a wine-jar, and in colour, like molten silver. Both sides were astonished at the sight, and separated. This marvel, as they say, occurred in Phrygia, at a place called Otryae.” 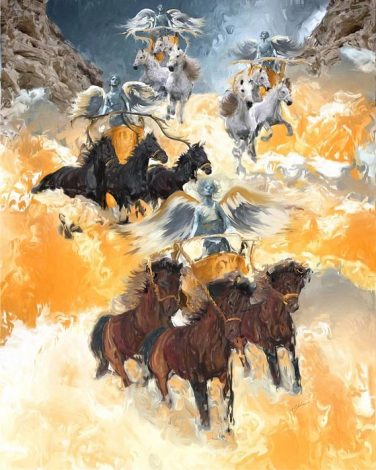 Another ancient historian, Josephus, may have been a witness to a UFO sighting of his own. Like any good historian, he sought out additional eyewitnesses to confirm the story. What they saw: some kind of battle in the sky.

“For, before sunset throughout all parts of the country, chariots were seen in the air and armed battalions hurtling through the clouds and encompassing the cities,” Josephus wrote of the event, which occurred in Judea in 65 C.E.

The Battle Of Los Angeles

It was three months after the attack on Pearl Harbor, in February 1942, and America had just joined the war.

Late on the night of February 25, something triggered antiaircraft alarms and air raid sirens in Los Angeles. A blackout was called as searchlights pierced the night in search of Japanese attackers, and reports came in of an unidentified object floating off the coast of Los Angeles. The Army artillery went on the offensive for an hour beginning at approximately 3:15 a.m. on February 26. Troops fired more than 1,400 shells, but were unable to shoot down the object. The shells exploding may have even been mistaken for enemy planes.

At first, War Secretary Henry L. Stimson claimed that 15 aircraft were involved in the battle. Then, officials said it was simply a false alarm. Eventually, the Army claimed that the object was a weather balloon—sparking suspicions of a cover-up that continue to this day.

The Washington State UFOs Of 1947 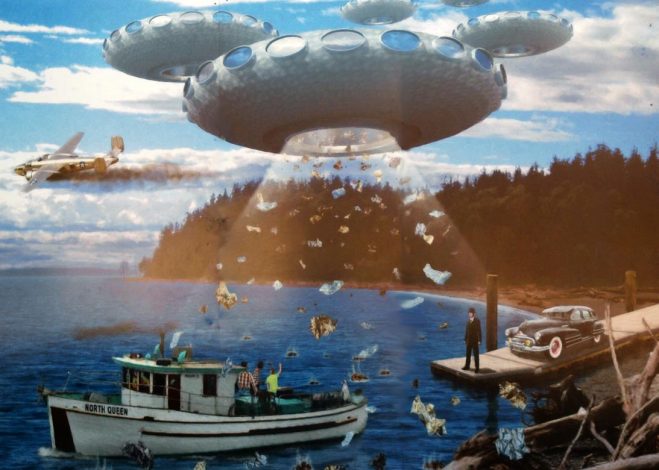 In late June of 1947, Harold Dahl reported seeing six flying saucers shaped like donuts flying high above Puget Sound, near Maury Island. Dahl claimed that one of these saucers exploded, and that the debris struck his boat and injured his son. He showed evidence of the debris to his employer, Fred Crissman, in Tacoma, Washington.

Not long after the incident, though, Dahl reported that a man in a black suit threatened him and destroyed his photos. Eventually, he recanted after the FBI publicly denied his story, but the Maury Island Incident had already captured the imagination.

At the same time–a few days after Dahl claimed he saw the saucers, and two days before he and Crissman reported them—a businessman and pilot named Kenneth Arnold saw nine strange flying objects over Mount Rainier, Washington. A second man, a prospector on the ground, reportedly saw the same objects at the same time.