Is Our World A Simulation? 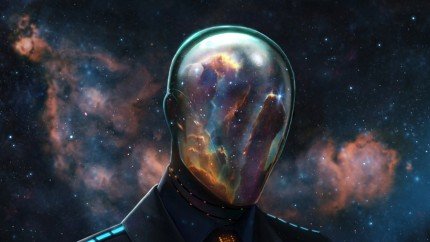 Do we live in a simulation? When Elon Musk isn’t outlining plans to use his massive rocket to leave a decaying Planet Earth and colonize Mars, he sometimes talks about his belief that Earth isn’t even real and we probably live in a computer simulation.

“There’s a billion to one chance we’re living in base reality,” he said at a conference in June.

Musk is just one of the people in Silicon Valley to take a keen interest in the “simulation hypothesis”, which argues that what we experience as reality is actually a giant computer simulation created by a more sophisticated intelligence. If it sounds a lot like The Matrix, that’s because it is.

According to this week’s New Yorker profile of Y Combinator venture capitalist Sam Altman, there are two tech billionaires secretly engaging scientists to work on breaking us out of the simulation. But what does this mean? And what evidence is there that we are, in fact, living in The Matrix?

One popular argument for the simulation hypothesis, outside of acid trips, came from Oxford University’s Nick Bostrom in 2003 (although the idea dates back as far as the 17th-century philosopher René Descartes). In a paper titled “Are You Living In a Simulation?”, Bostrom suggested that members of an advanced “posthuman” civilization with vast computing power might choose to run simulations of their ancestors in the universe.

This argument is extrapolated from observing current trends in technology, including the rise of virtual reality and efforts to map the human brain.

“Quite frankly if we are not living in a simulation it is an extraordinarily unlikely circumstance”, Rich Terrile, scientist at Nasa’s Jet Propulsion Laboratory.

If we believe that there is nothing supernatural about what causes consciousness and it’s merely the product of a very complex architecture in the human brain, we’ll be able to reproduce it. “Soon there will be nothing technical standing in the way to making machines that have their own consciousness,” said Rich Terrile, a scientist at Nasa’s Jet Propulsion Laboratory.

At the same time, video games are becoming more and more sophisticated and in the future we’ll be able to have simulations of conscious entities inside them.

“Forty years ago we had Pong – two rectangles and a dot. That’s where we were. Now 40 years later, we have photo-realistic, 3D simulations with millions of people playing simultaneously and it’s getting better every year. And soon we’ll have virtual reality, we’ll have augmented reality,” said Musk. “If you assume any rate of improvement at all, then the games will become indistinguishable from reality.”

It’s a view shared by Terrile. “If one progresses at the current rate of technology a few decades into the future, very quickly we will be a society where there are artificial entities living in simulations that are much more abundant than human beings.”

Recognizing we live in a simulation is game-changing, like Copernicus realizing Earth was not the center of the universe.

If there are many more simulated minds than organic ones, then the chances of us being among the real minds starts to look more and more unlikely. As Terrile puts it: “If in the future there are more digital people living in simulated environments than there are today, then what is to say we are not part of that already?”

Reasons to believe that the universe is a simulation include the fact that it behaves mathematically and is broken up into pieces (subatomic particles) like a pixelated video game. “Even things that we think of as continuous – time, energy, space, volume – all have a finite limit to their size. If that’s the case, then our universe is both computable and finite. Those properties allow the universe to be simulated,” Terrile said.

“Quite frankly, if we are not living in a simulation, it will be an extraordinarily unlikely circumstance,” he added.

So who has created this simulation? “Our future selves,” said Terrile.