GREEN TECHNOLOGY. As global warming and climate change continue to serve as threats to humanity, increasing numbers of people want to see green technology used more heavily in global trade. Those involved in an industry that could soon be radically changed by developments of green technology should know about the latest developments and how they will affect your business.

Here are some of the most exciting ways that green technology could change the future of international trade.

1. Taking electric transportation vehicles to a new level of speed and efficiency

Transportation is responsible for roughly 23% of global CO2 emissions. Boats, trucks, and planes mostly rely on fossil fuels like diesel, gasoline, and jet fuel to operate. However, there are major developments currently being made in battery technology which could make transportation more sustainable and reduce CO2 emissions.

Tesla is already creating a fleet of electric trucks in a project called Tesla Semi, so electric shipping trucks should become more common on the roads in the next few years. Soon, it is possible that these trucks could be outfitted with the super-capacitor technology, or one that resembles it.

Once such technology is used on a wider scale, the trucks transporting goods all over the world would see vast improvements in efficiency and produce significantly less CO2.

2. Reducing manufacturing emissions by turning it into fuel and diamonds 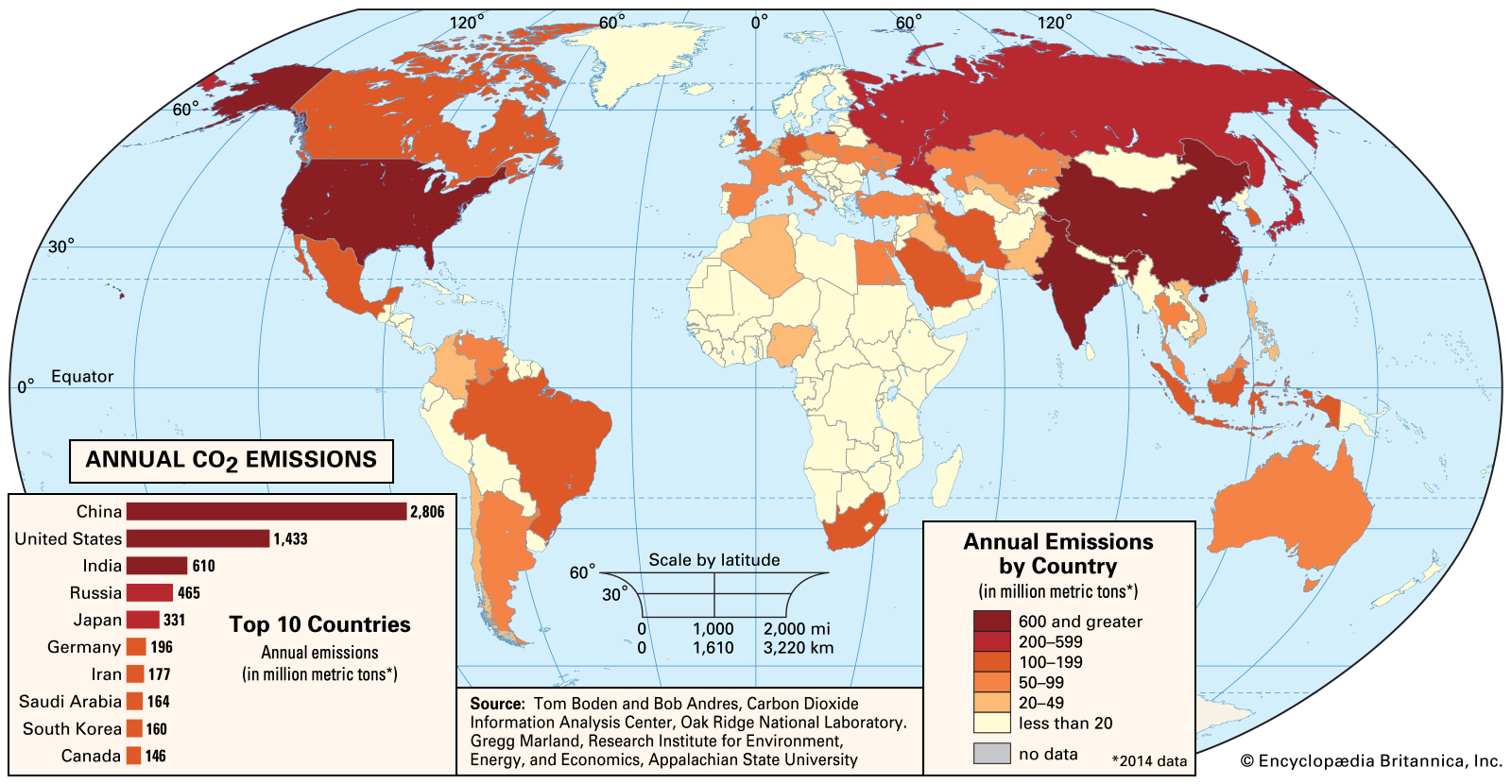 Manufacturing is another area of global trade which produces considerable quantities of greenhouse gases, roughly 30% of the world’s CO2 emissions. If significant progress against climate change is going to be made, green technology needs to be developed which can combat manufacturing emissions.

Luckily, such technologies are currently being developed, and have the potential to make an enormous positive impact on CO2 emissions from manufacturing. One such development is a device made by a Canadian company called Carbon Engineering. They have created a device which is capable of removing one ton of CO2 from the air every single day.

These devices  filter air and extract the CO2 directly from it. Carbon engineering even claims to be able to produce fuel from the CO2 that is extracted. Hypothetically, Carbon Engineering could set up their devices right outside of manufacturing plants or on the roofs of other buildings and filter the air to make it cleaner.

A Dutch designer named Daan Roosegaarde has created a similar device to filter out CO2 and be placed near manufacturing plants. Roosegaarde’s device can filter out 30,000 cubic meters of air every hour. However, unlike Carbon Engineering’s device, Roosegaarde’s 7-meter filter tower compresses the CO2 into diamonds – amazing!

Roosegaarde plans to install his filters in parks and cities across China in the next few years. This could have a dramatic impact on the cleanliness of the air in China, especially in Beijing where air pollution is getting out of control.

3. The future of packaging requires no oil or petroleum products

Another burden on the environment is the immense use of plastics to create packaging. Not only is plastic derived from oil, but many of the plastic products that are created also take long periods of time to biodegrade. Plastic bags, plastic bottles, and plastic containers end up creating pollution in landfills, the ocean, and many other places. Fortunately, there are a number of breakthroughs which can reduce our dependence on plastics for packing.

One company, Be Green Packaging, is offering packaging that is completely biodegradable and made without any petroleum or oil-based resources. Be Green’s packages are made from natural plant fibers, which are “non-toxic, and biodegrade into compost that is safe and healthy for the environment.”

Their packaging products are instead made of plant-based fibers from kenaf, bamboo, rice, wheatstraw, bagasse, and various types of trees. These packaging innovations are a perfect example of a new green technology that could dramatically reduce the overall carbon footprint of the international trade industry.

In the future, if green packaging products by Be Green or similar companies are adopted by large companies such as Amazon or Apple, it could have a dramatic positive environmental impact.

Taking petroleum and oil completely out of packaging could be a major step forward for making companies all over the world greener, and is the exact sort of thing that is needed to fight climate change on a global level. Adopting green technology is crucial to avoid environmental disaster. If global warming is not fixed, scientists estimate that the average temperature, for example, in the United States could increase by 10 degrees Fahrenheit in the next 100 years.

This could cause a number of devastating effects. For example, it can lead to longer and more severe droughts, stronger and more frequent hurricanes and tropical storms, flooding of coastal areas, significantly more intense heat waves, and more.

It is also estimated that due to global warming, Antarctica has been losing about 134 billion metric tons of ice per year since 2002. All of this ice melting and going into the ocean causes sea levels to rise.

Rising sea levels would eventually cause flooding in coastal areas and cities such as Miami, New York, and Boston. This would be devastating for the people who live in these areas. Essentially, global warming and climate change are a major threat to humanity, and will put countless lives at danger in the next few decades.

All of the innovations listed above could help to make the international trade industry significantly greener. This could help importers, exporters, manufacturers, shippers, and packagers reduce their carbon footprint and do their part to help fight global warming.