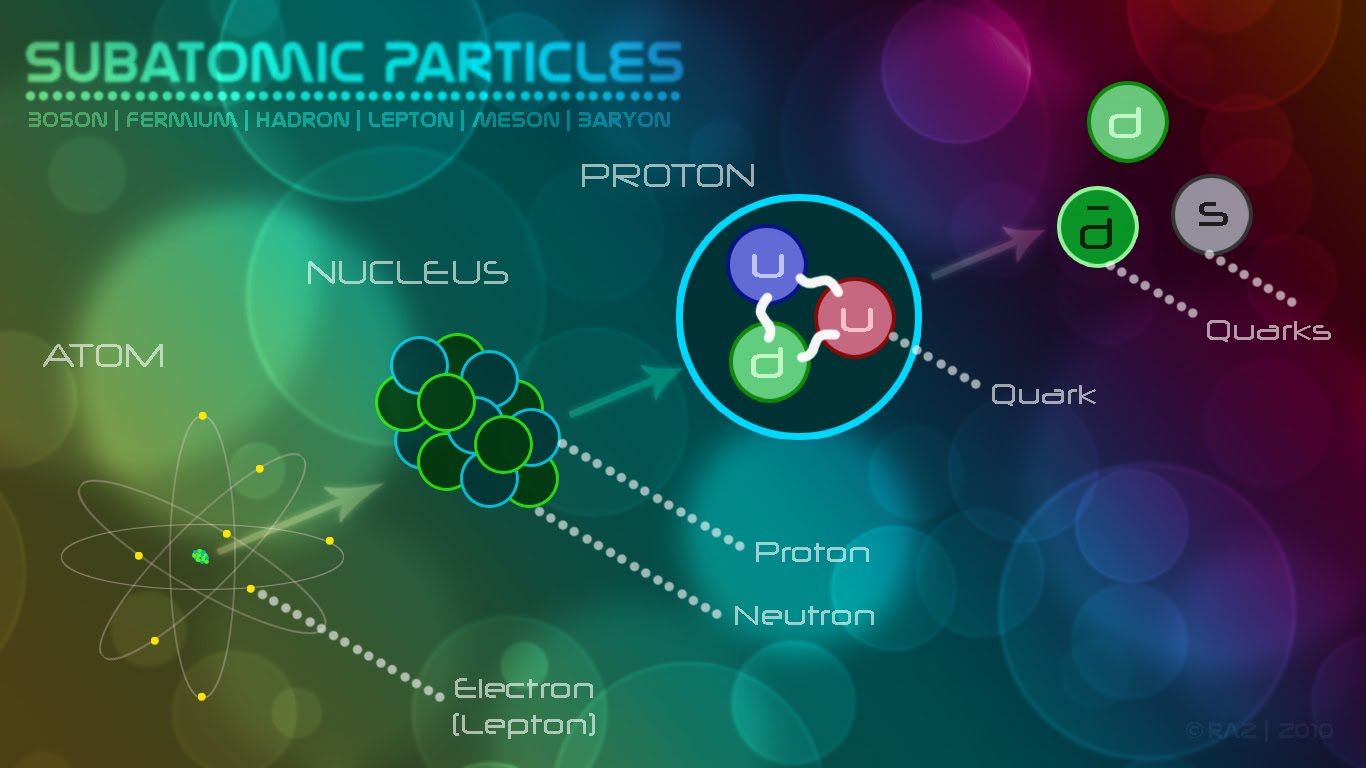 Quantum particles. In the world you know, actions have causes and effects, objects exist as one thing or another, and everything is what it is whether you observe it or not. In the quantum world, those rules go out the window.

You can make two quantum particles interact, then put them at opposite ends of the universe, and measure one. Whatever measurement you get, the other particle takes on a corresponding quality instantaneously, no matter the distance. Well, forget distance — particles can even be entangled through time.

What Is Quantum Mechanics?

Quantum mechanics is the branch of physics relating to the very small.

It is the body of scientific laws that describe the wacky behavior of photons, electrons and the other particles that make up the universe.

It results in what may appear to be some very strange conclusions about the physical world. At the scale of atoms and electrons, many of the equations of classical mechanics, which describe how things move at everyday sizes and speeds, cease to be useful. In classical mechanics, objects exist in a specific place at a specific time. However, in quantum mechanics, objects instead exist in a haze of probability; they have a certain chance of being at point A, another chance of being at point B and so on.

This entanglement, it turns out, extends to time as well.  In 2013, a team of researchers actually demonstrated this weird phenomenon in the lab.

Here’s how they did it.

The upshot? The data revealed the existence of quantum correlations between ‘temporally nonlocal’ photons 1 and 4. That is, entanglement can occur across two quantum systems that never coexisted.

Even more bizarrely: maybe it implies that the measurements carried out by your eye upon starlight falling through your telescope this winter somehow dictated the polarity of photons more than 9 billion years old. Did measuring particle 1 send information to the future to affect particle 4?

Did measuring particle 4 retroactively change the measurement of particle 1?

Neither question makes sense because, as hard as it is to fathom, quantum systems don’t have definite properties. Their properties change based on when and how they’re measured.

Both options are true, and neither. Forget it; it’s quantum town.

Heads Or Tails – You Loose

For a more real-world example, consider this thought experiment conceived by physicists at the University of Vienna.

John and Jane play a coin-toss game: they take turns secretly tossing a coin, then writing down their result and their prediction for the other person’s toss on a piece of paper. When they’re done, they give their paper to the other person, and the other person tosses their coin.

Whatever order they do it in, it always averages out to a 75 percent success rate overall.

But if you don’t have them do this in a certain order, and you swap the paper for a quantum particle and the coin-toss results for measurements of that particle, you get an 85 percent success rate.

It’s as if seeing the results retroactively improves the players’ chances of guessing right, as if they can look into the future.

It’s not just a mind-bending thought experiment either — if we can harness it, it could mean big things for future technology. If we could do it through time, who knows what kind of breakthroughs could arise?