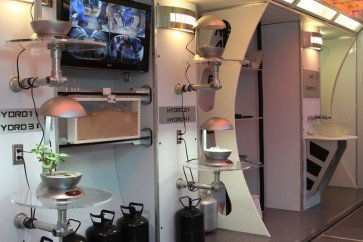 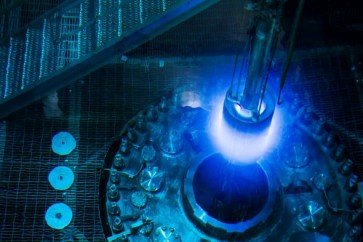 We will install a power source that renders the vehicle massless while in flight (anti-mass field) and is also capable of driving the UFO at near light speeds. It should be small enough to be located in a central area near the control and engineering spaces, and simple enough in design to be attended by no more than one or two technicians. 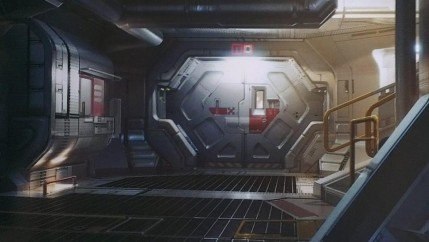 A central ladder or a lift powered by the engine should run the entire depth of the sphere. This eliminates space and weight consuming stair wells and will provide easy and rapid access to all decks and spaces. Each separate division should be accessible to any other two adjoining divisions by access doors. Access doors, hatches and scuttles must be airtight to protect the rest of the vehicle in the event of a disaster. Life support systems, electrical systems and comfort systems such as air conditioning and ventilation will be centrally located near the lift and easily accessible in the event of failure.

Our space vehicle must be constructed of a durable, lightweight material that will protect its inhabitants from solar and cosmic radiation and impacts from small objects. It must be airtight and watertight, capable of traveling through space or under the deepest oceans. It should have no weight or space consuming landing gear and be capable of hovering inches from the ground for indefinite periods of time as long as the power is on.

The hull must be constructed of a material that will withstand very high temperatures while moving through dense atmospheres. It must be capable of withstanding the sub-zero temperatures of deep space or distant planets. Exploratory equipment should be located near the bottom of the hull and an access hatch should be provided for loading and off-loading personnel, samples and machines as necessary.

If our science is far enough advanced, we might have no exterior access doors at all but would beam objects and beings aboard or off load vehicles by means of a matter transporter. The UFO might have view ports for direct line of sight observation. Ideally, however, we would use VCASS viewing simulators in two or three dimensions, in color or projected as holograms to the control deck.

Since our vehicle can appear and disappear at near light speeds, no weapons would be required, except, perhaps, some sidearms for personnel when disembarked for planetary exploration when known hostile inhabitants are wandering about the area. They should be considered last-effort defense weapons only. Stun-guns, perhaps, or psychological inhibitors of some sort. No aggressive weapons would be required since we could simply vanish in the event we might be detected and set upon by alien air forces. 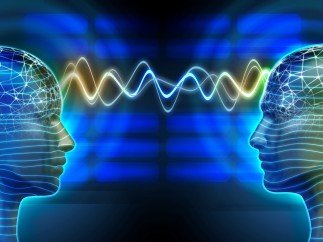 Since our vehicle would be moving at near light speeds most of the time, communications with the home planet would be difficult unless we could either develop a signal accelerator or learn to communicate by telepathy over vast distances. Honing our latent telepathic communication skills would virtually eliminate the need for radios and intercom systems within the ship. Each person would know precisely what to do every moment simply by tuning in to the other crew members. Honing teleportation skills would eliminate the need for a machine to move us into and out of the vehicle.

If one wanted to enter the ship, they would think it and it would be done. Of course, they would have to be able to pass through solid objects in order to accomplish this feat, so learning to transmigrate would be helpful. Performing transmutation would be a boon to our crew.

If each member could alter their virtual shape or appearance – becoming a grey figure with a large head and huge oval eyes, for instance – we could prevent inhabitants of the planets we visit from discovering our true vulnerable forms, our true mortal selves. 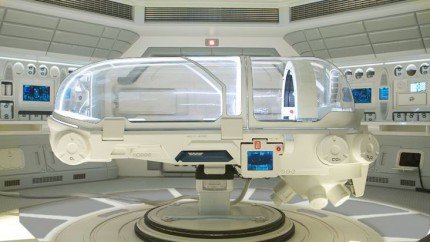 In time we might be able to do away with the ship completely and simply whisk ourselves to any planet in the known universe at thought speed. But for now – between 1992 and 2020 – let’s concentrate on building and living aboard our remarkable UFO as we journey into deep space to explore and plunder the near planets of our own solar system.

The space medicine required to keep us healthy in space has already been developed. Food processing devices and waste recycling machines have graduated from test bench items to pieces of practical hardware.  Our communications devices are just adequate for the task of transmitting and receiving messages between Earth and Mars or beyond. Scientists and engineers know the general shape and design of future space craft and they’ve developed most of the materials to use in their construction. Teachers are alive and well and future astronauts are being born at the rate of several hundred every minute. 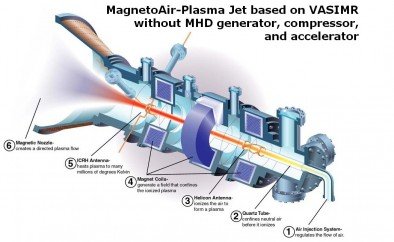 About the only thing preventing 20th Century humans from leaping away from Earth en masse is the power source which will allow both masslessness and acceleration to near light speeds. I suggest this will be one and the same power source. The anti-mass field generator or Cascade Generator will render anything within its field virtually massless, thus a few ounces of thrust would be enough to propel the craft in one direction or another.

Several thousand pounds of thrust could cause it to accelerate to near light speeds with no harmful effects upon the crew. It would be a total inertial system, effecting everything encompassed equally. Forward motion is achieved by changing the magnetic field of the coils in the track at incredible speeds, alternating positive and negative to pull the train along, one magnet (the track) pulling the other (the train). A similar device, refined to prevent mass, could propel our UFO someday.

Not an anti-gravity device (which has so far proven unsatisfactory), but an anti-mass device projected to the hull from a central point, the AMF would allow extreme maneuvers in any direction instantly.