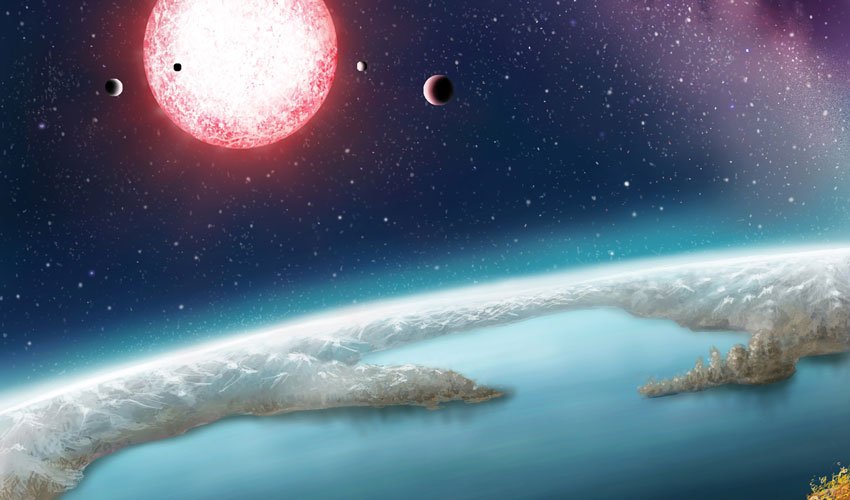 Will we find alien life in these rocky worlds?

In recent years, thousands of planets have been discovered outside our solar system, and now scientists have pinpointed 20 of these exoplanets that they say are most like Earth ― and thus most likely to have life.

The mysterious worlds, all identified originally by NASA’s exoplanet-hunting Kepler mission, are believed to be rocky planets lying within the habitable zones of their host stars. That means they’re likely to be just the right temperature to have liquid water, which is thought to be a key ingredient for life.

The new study doesn’t prove that life exists on any of the exoplanets. But it adds evidence that the universe is teeming with potentially habitable planets and moons. What’s more, it could help astronomers make more productive use of their limited telescope time ― and spur future research that does find evidence of extraterrestrial life.

To pinpoint the Earth-like exoplanets, scientists in the U.S. and France spent more than three years studying Kepler data and then performing calculations to determine the size of each exoplanet and whether it existed in the habitable zone, aka the ‘Goldilocks Zone’.

Why Goldilocks? On exoplanets that orbit closer to their star, water evaporates. On exoplanets with more distant orbits, water freezes. Planets in the habitable zone ― like the ones pinpointed by the new research ― are considered ‘just right’ for life.

What do other scientists say? A leading expert on the search for extraterrestrial intelligence (SETI) praised the research but also offered his own nuanced appraisal.

‘As exciting as this is, I think the thing that will make it into the astronomy textbooks of the future is a larger fact,’ Dr. Seth Shostak, senior astronomer at the SETI Institute in Mountain View, California, said. ‘We now know that approximately one in five stars could host a ‘habitable planet.’ There are tens of billions of these life-friendly worlds in a typical galaxy. That’s astounding, humbling, and an obvious challenge’.

Are we up for it?