For the past 30 years, researchers have known that the Milky Way—our home galaxy—is moving at a relative speed. Until recently, they didn’t know why.

They could only surmise that we were being pushed across the universe by an unseen force. Though that may seem daunting, the newly discovered Dipole Repeller is helping our galaxy journey across the expanding universe.

It might be surprising to learn that our galaxy in moving — but is it really unexpected? Everything is moving.

Earth rotates on its axis and orbits the sun; the sun and the rest of our solar system orbit the center of the Milky Way; which in turn, along with other galaxies in the Laniakea Supercluster, is traveling through space at 2 million kilometers per hour.

But this not an aimless journey. Researchers have long suspected that our galaxy is attracted the Shapley Concentration, an area rich with dozens of clusters of galaxies 750 million light-years always.

“On average, galaxies are flying apart from one another due to the expansion of the universe,” Brent Tully, one of the study authors, explained. “However, each one is experiencing gravitational tugs from neighbors that cause deviant motions—toward regions of high density and away from regions of low density. Our solar system is a tiny part of a galaxy we call the Milky Way. As our galaxy participates in a flow, we go along for the ride.” 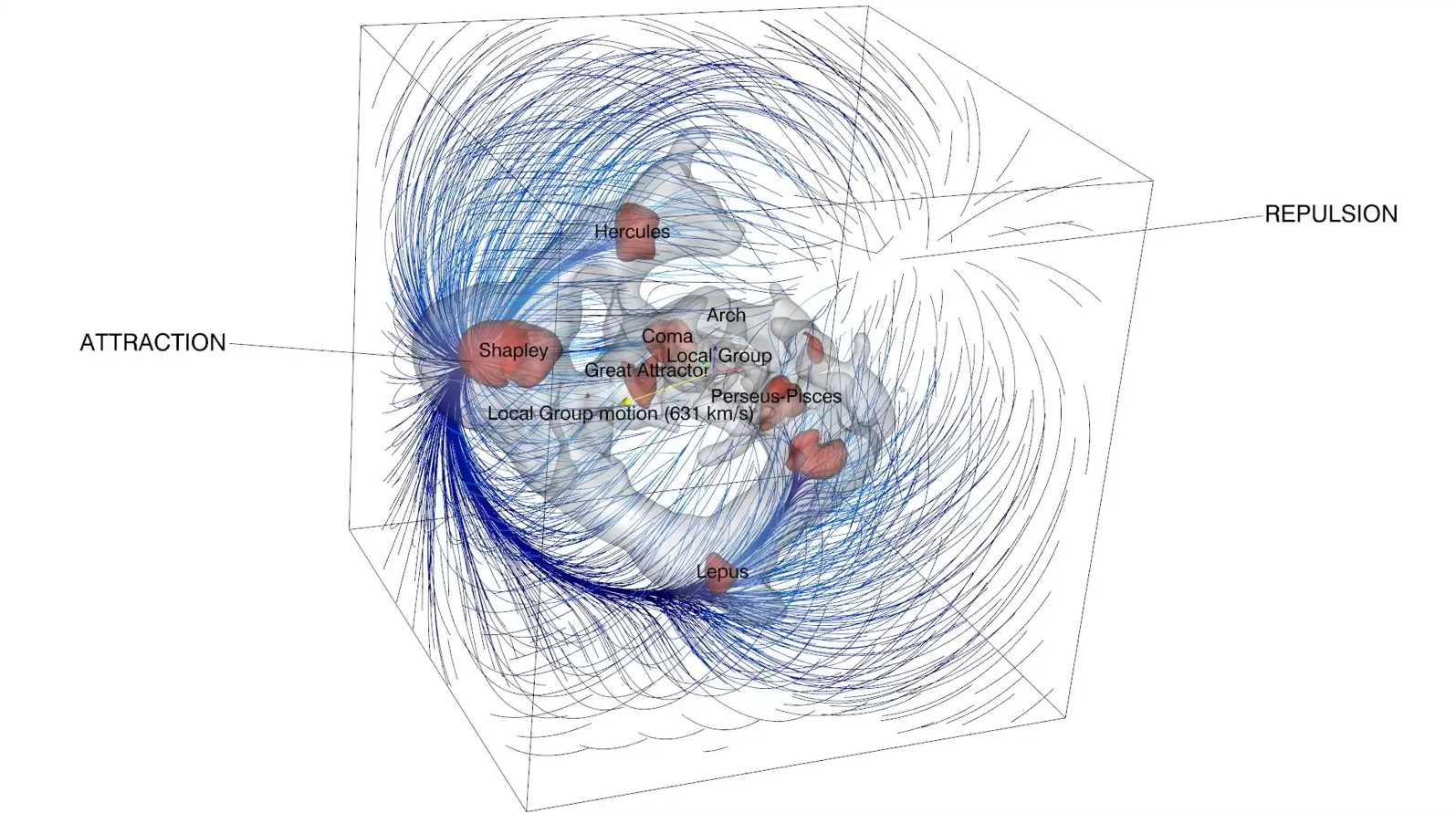 With the aid of extraordinarily powerful telescopes, the researchers on Tully’s team were able to create a 3-D map of galaxy flow, which revealed that galaxies like our Milky Way follow the distribution of matter. They tend to push away from sparse regions and head toward crowded spots.

“Now we find an emptiness in exactly the opposite direction, which provides a ‘push’ in the sense of a lack of pull,” Tully says. “In a tug-of-war, if there are more people at one end, then the flow will be toward them and away from the weaker side.”

Using the mapping technology to track the flow, Tully and his team discovered the Dipole Repeller.

“We found a flow pattern reminiscent of streams of water that are organized by gravity to run downhill,” Tully commented. “In detail, we played a mathematical trick by inverting the sense of gravity to see where flows would terminate in this altered case. Flows ended at our Dipole Repeller.”

Essentially, as the Shapley Attractor pulls the Milky Way, the cosmic void behind our galaxy serves to push it. The Dipole Repeller acts as a repellant force.

At this point, little is known about the Dipole Repeller or the galaxies within it. Scientists are optimistic it can provide answers into how the universe works.