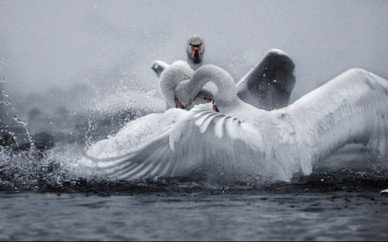 Swans Invaded The Siberia’s Swan Lake In The Dead Of Winter. Svetloe Lake, located near Urozhainoe village in Siberia, is better known to locals as the Swan Lake.

Come February, the lake is usually teeming with activity – beautiful swans arrive in hundreds and make this place their winter home, which is surprising because swans generally prefer to fly further south where the climate isn’t so harsh.

What makes Svetloe Lake so special that swans willingly flock at it in the dead of winter? Well, for starters, it is fed by many warm springs so the temperature of the water is always above zero – even when the surrounding air drops to minus 40C. The lake’s waters are warm in comparison, at 5C to 6C, making it the perfect hang-out place for the beautiful birds.

The swans began to appear at the lake way back in 1967. Only about 15 birds would make an appearance then, but the numbers have steadily increased to over 350 today and still continue to rise.

Acclaimed Russian wildlife photographer, Alexey Ebel, is based out of Southern Siberia’s Altai region. A professional biologist by training with ornithology as a hobby, the 46-year-old photographer has collaborated with scientific magazines to capture breathtaking shots of the swan lake.

The lake is protected by Altai Region authorities as a part of the Swans’ State Wildlife Preserve. It is not only home to the swans in the winter, but also a resting place for other birds and animals during the hunting season. 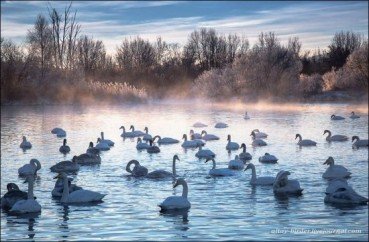 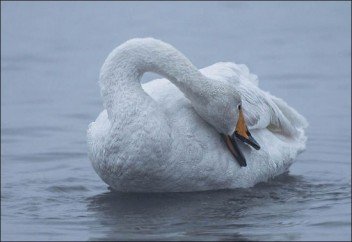 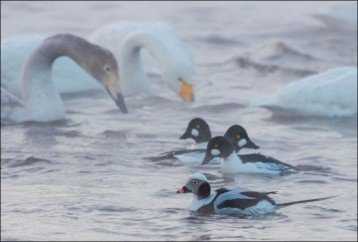