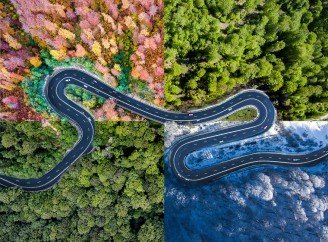 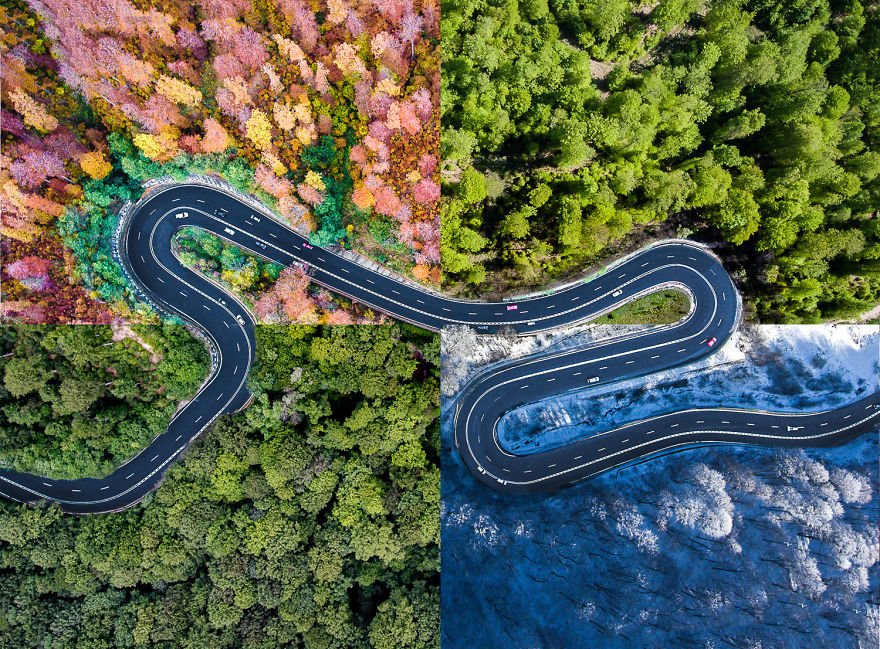 The roads of Transylvania from above! I’m Călin and I’m a photographer living in Romania, in Eastern Europe. I have a project with aerial views of the roads that lead you through Transylvania which I want to share with you.

Everybody knows Transylvania, right? And, of course, the legend of Dracula (Vlad Țepes – the Impaler). So, these two are connected and, so to speak, I have imagined what Dracula would see in his flights in modern-day Transylvania, one with winding roads, traffic and cars that have replaced the old carriages. We don’t have many highways here in Romania, but the roads that take you to and within Transylvania are wonderful for every driver or biker (and “a must” for visiting once in a lifetime, I can say).

I want to document these roads from above, in all four seasons, because they will soon be forgotten after the new highways are opened. I think they look great from above and are pretty unique. And even Dracula would envy you because he cannot drive on these roads!

Every photo from this project I made with the help of a drone. So, I can say that for me every road-trip is like a “drone-trip”. I’ve started the “Infinite Road to Transylvania” project with roads seen from above on day back in 2016 when I was traveling to Brasov and went trough DN1A road (an extreme winding road I must say).

I had the idea to stop and try to take a picture from above that particular road. The picture went viral on social media and then I saw the opportunity to keep doing this because was something not very common and that catches the eye.

The “Infinite Road to Transylvania” project includes today over 200 pictures with over 20 roads in Romania (and mainly Transylvania and the roads that lead you there). Two years in the making (and counting). I’m glad to say that this is the photography project that I’m most well known for and I’m sharing this with you because I want this to be an inspiration: to follow your passion, your dreams and reach the sky! Literally!

Birds Taking Care Of Their Babies 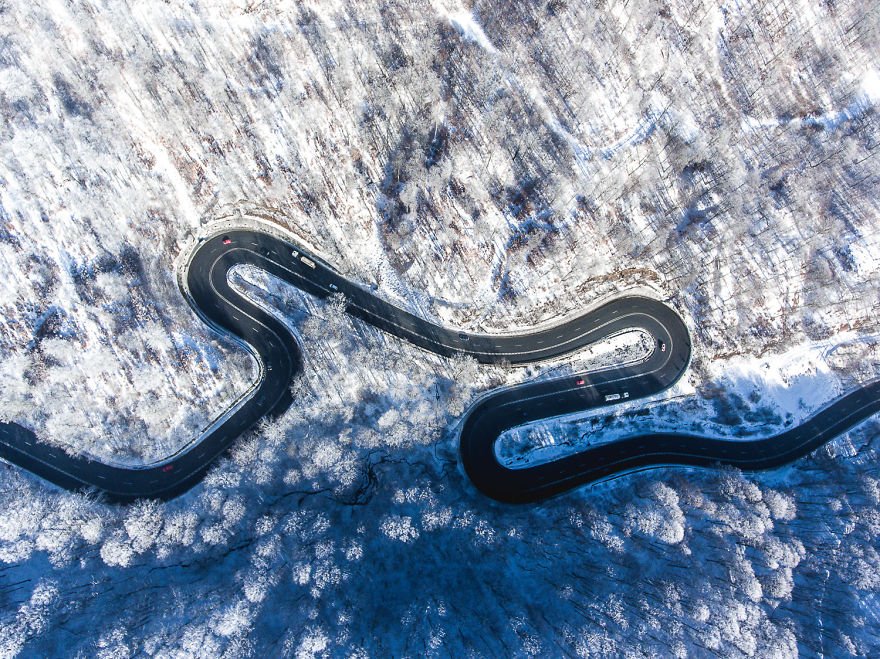 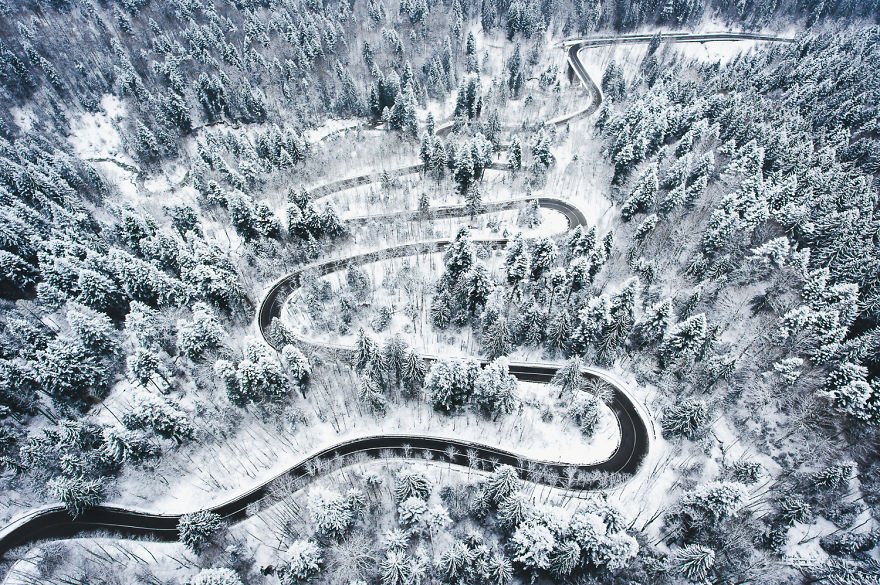 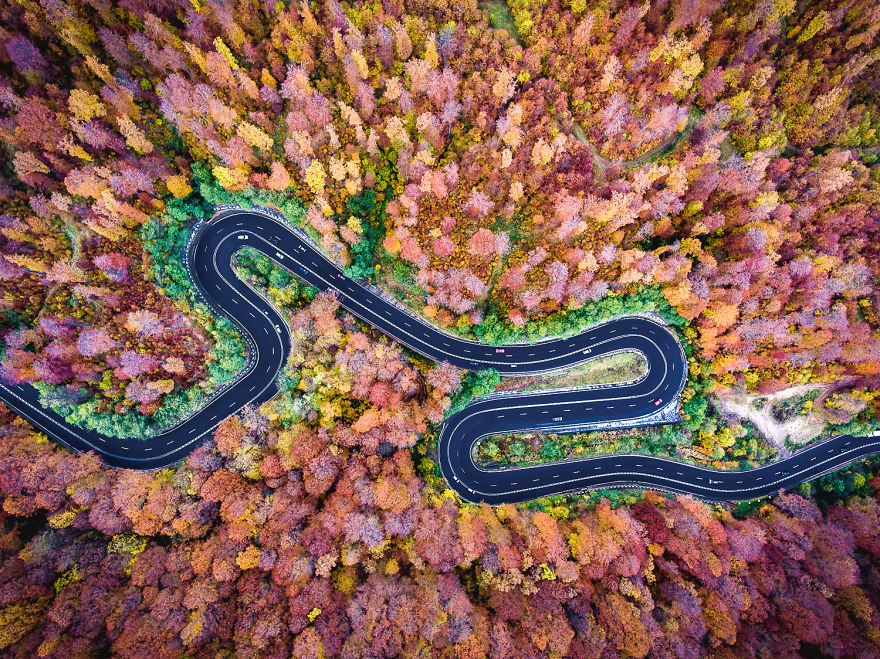 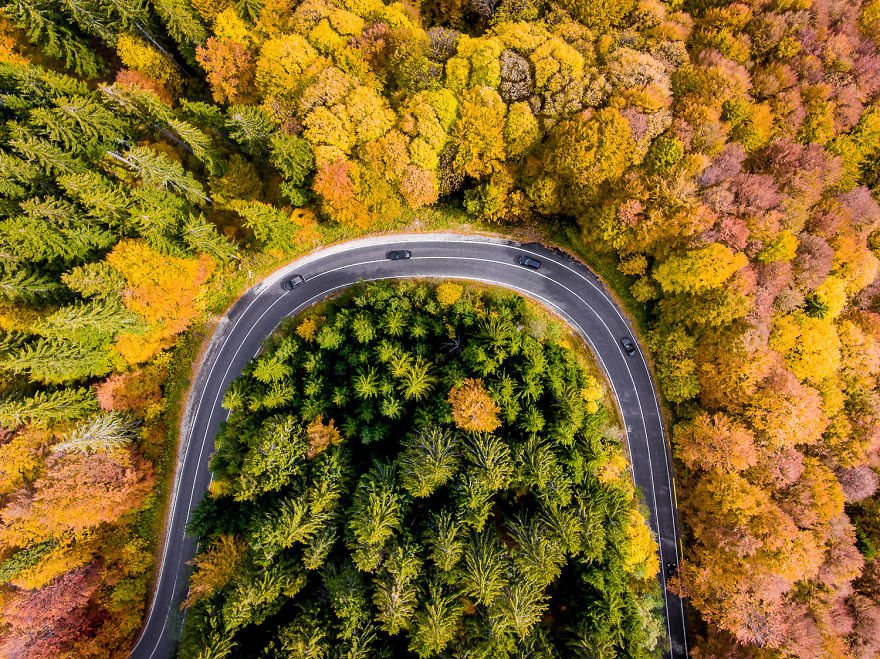 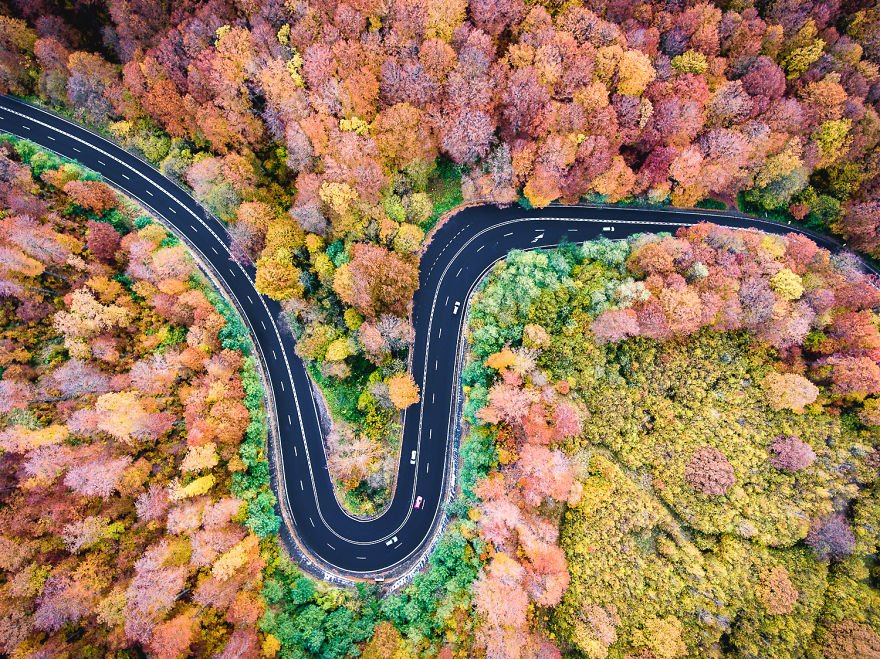 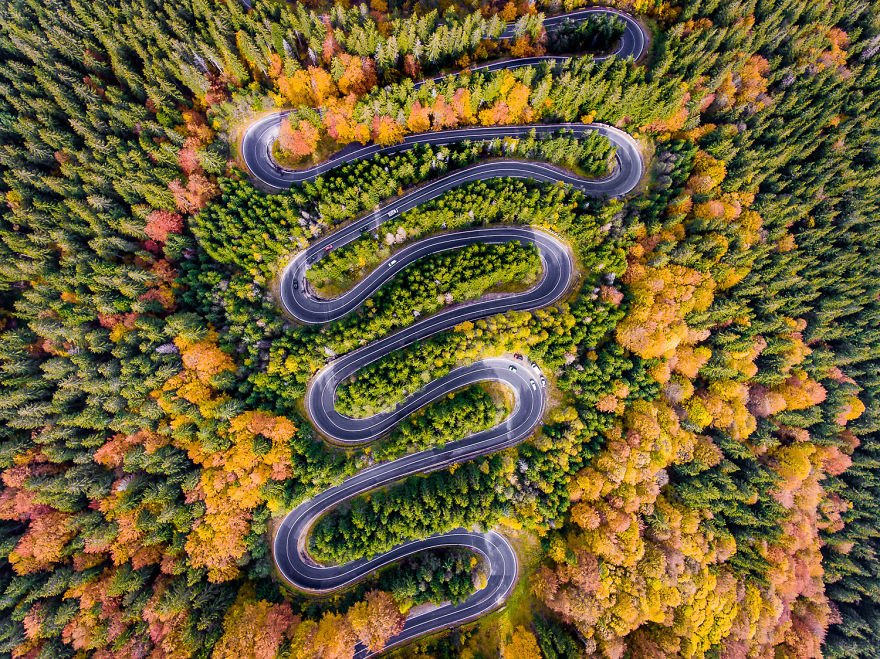 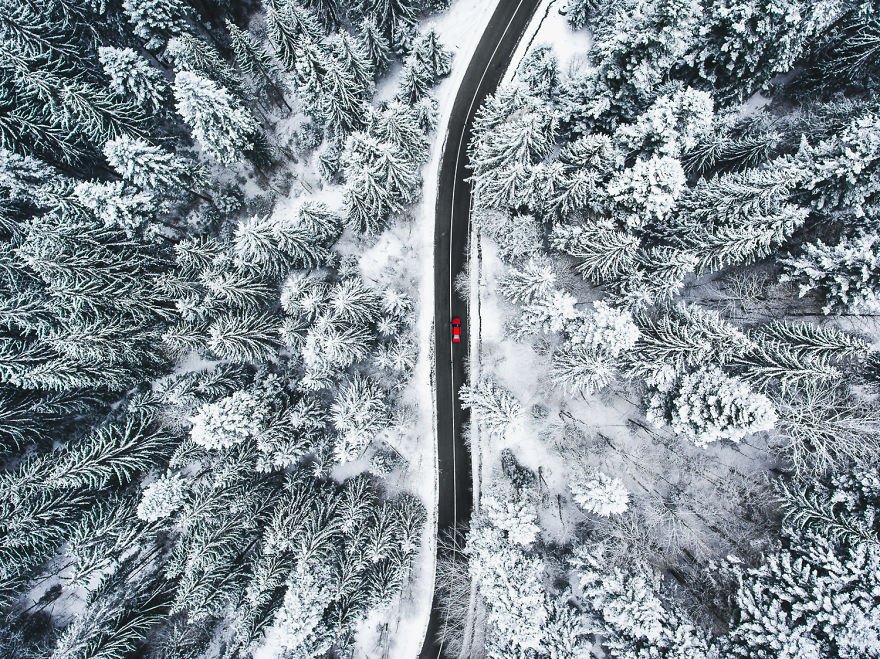 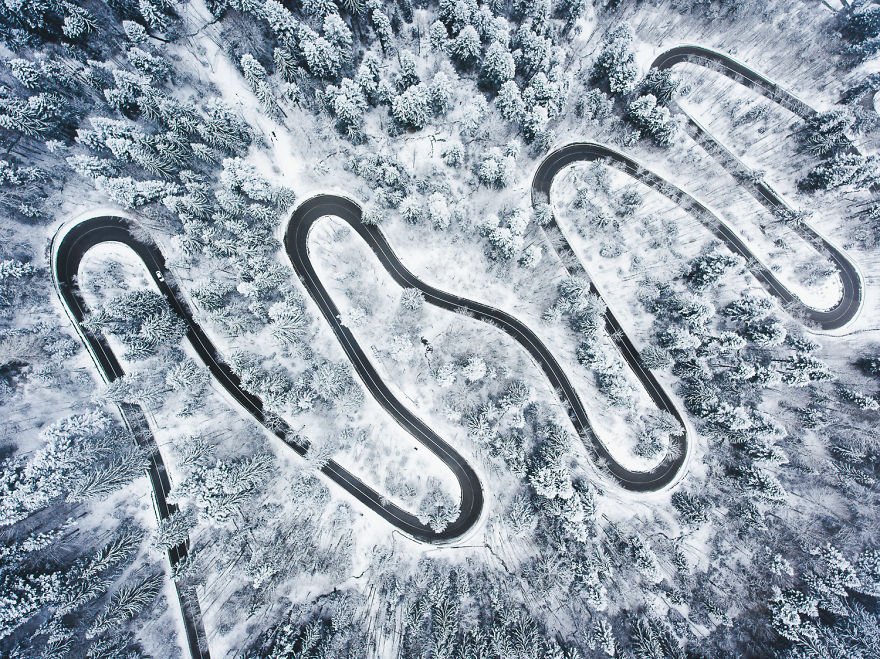