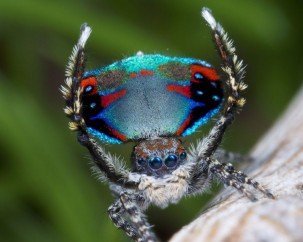 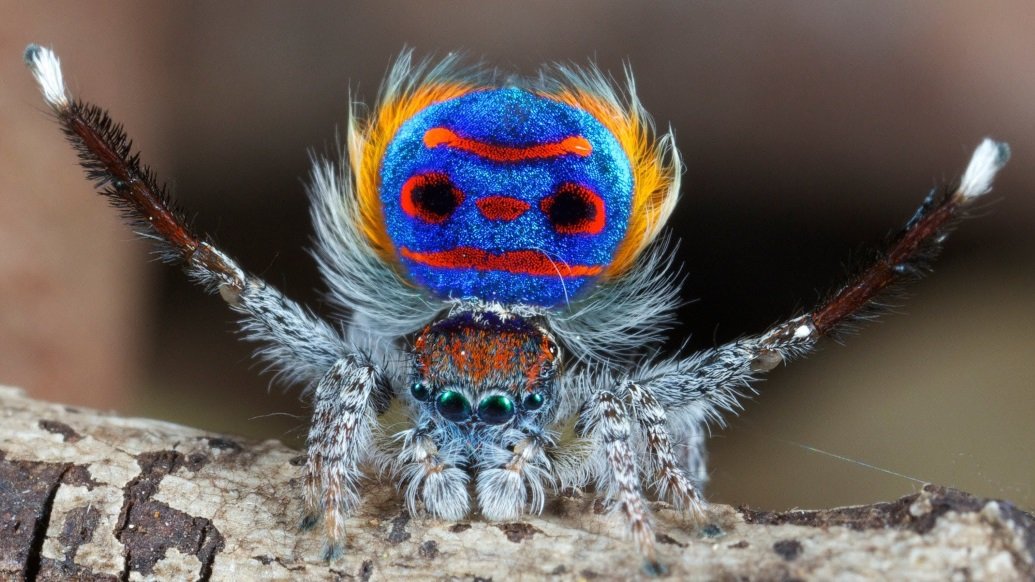 To some people the peacock spider is the stuff of nightmares, while others think they are cute and ‘behave a bit like cats and dogs’. Bear Grylls’ Mission Survive has been axed by ITV after two series.  We’ll let you be the judge of that but even the most avid hater of all things spider would have to admit they are spectacular to look at.

Until relatively recently, only a small number of species had been discovered in its native homeland in southern Australia, but that number has risen to 48. The recent burst in discoveries is largely down to the work of one enthusiast Jurgen Otto, a biologist in Sydney.

He first came across one while walking in the Ku-ring-gai Chase national park, north of Sydney and has recently published a paper on six other new species. He told the Guardian: ‘They’re fairly cute, which is why people are attracted to them. ‘They behave very differently to how people think a spider does … they behave more like cats and dogs, moving around, perceiving and reacting to their environment.’

Jurgen has a huge following online and some 5.4million YouTube subscribers. But studying spiders isn’t even his day job just a hobby to which he dedicates a spare bedroom. Most of the time, he studies mites at the Department of Agriculture and Water Resources. He added: ‘By comparison to mites, these spiders are actually quite large,’ he said. ‘It’s all relative. ‘If you know what you’re looking for, you can find them. But I have to be careful not to lose them – particularly the babies – and not to squash them.’ 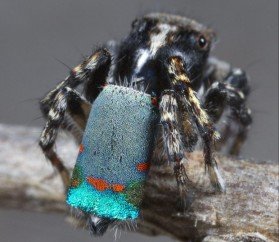 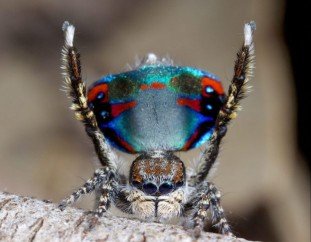