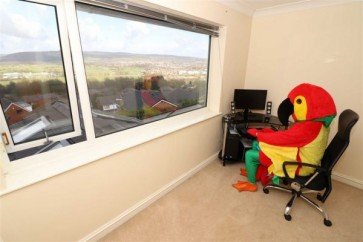 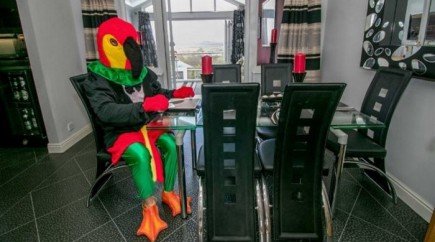 Colorful parrot. If you’re looking for a way to to make your property stand out on a real-estate website, dressing up as a colorful parrot and posing for photos seems to work wonders.

At least it worked for the owner of a house in Blackrod, UK, who had asked his estate agent to come up with a way of selling his home faster. Steve Laycock, of Platinum Properties, claims that he came up with the idea while talking with the unnamed property owner. “We came up with the idea as the owner asked us ‘what are you going to do to help sell the property?’ he told The Bolton News. “I said ‘are you up for a laugh? – What about a parrot in fancy dress?’”

He wasn’t kidding one bit, as you can clearly see in the photos below. They actually took someone – Laycock won’t say if it’s actually the owner or another Platinum Properties employee – dressed him up in a parrot outfit and had him show off the 3-bedroom semi-detached house on Boardman Street, in Blackrod, in a series of funny photos.

The colorful character can be seen stepping out of the shower cabin, getting ready for dinner in the living room, chilling on the bed, working at a desk or tending to the barbecue in the backyard. 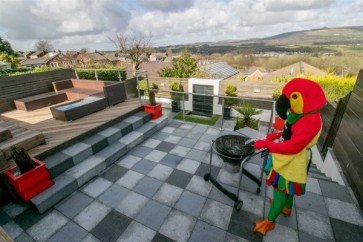 “We have had several other estate agents ring up and tell us it’s put a smile on their face – and we’ve even had a few bags of bird seed sent in,” Laycock said.

But the unusual protagonist of the photo shoot did more than amuse agents, he actually drew the attention of potential buyers. “We have had nearly 100,000 hits on Right Move, which isn’t bad considering the house has only been on the market for one week,” the estate agent said. They also had a couple of viewings in the first few days, and the house was eventually sold STC for £225,000 ($281,000). 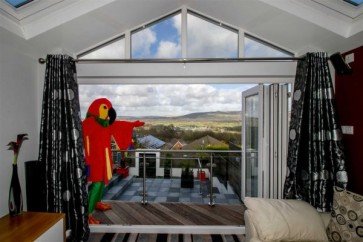 You would think that someone dressed as a parrot would distract potential buyers, but in this particular case, the parrot seems to have helped quite a bit.

Following the success of this gimmick, we may see the mysterious “parrot man” showing off his house selling skills in the very near future.