Homeless Man Lives In A Grave For The Last 15 Years 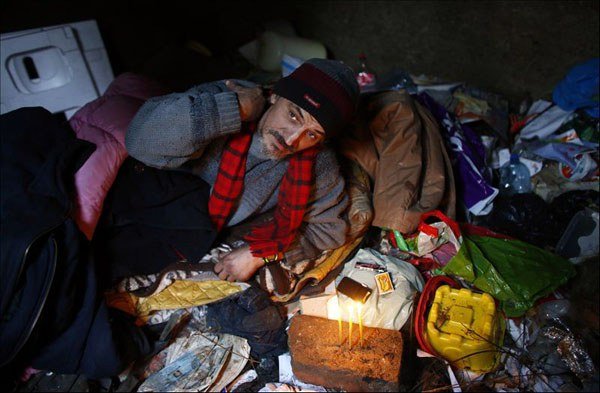 Homeless Man Lives In A Grave. Bratislav Stojanovic, a 43-year-old homeless man from Serbia, has been living with the dead in a cemetery in Nis.

He has made a grave his home and says he is more scared of starving and of the living than of his dead neighbors.

A former construction worker, Stojanovic has never had a regular job, and lost his home many years ago, after running up debts.

For the last 15 years he has been sharing a tomb with the ashes of a family who died over 100 years ago, in Nis.

He tried to make the place as cozy as possible, and claims he feels at home in it. “It is dry and it is warm,” Bratislav says.

It isn’t a palace but it is more comfortable than the street.”

He admits life in the cemetery was hard in the beginning, but now he’s more afraid of the living than he is of the dead. 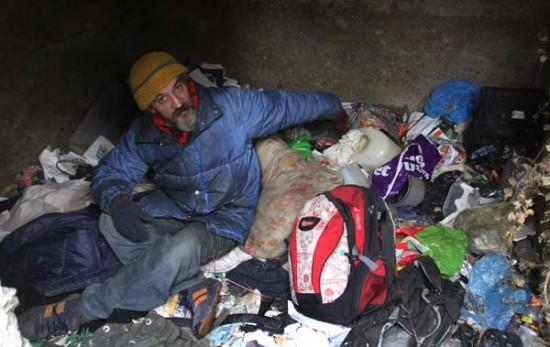 Most of Bratislav’s time is spent foraging for candles and cigarette buts around the cemetery grounds, but things have been pretty tough since the burial place went out of use and hardly anyone goes there anymore.

Most days Bratislav feeds on food from the city’s dumpsters, but says it’s not as bad as you might think.

“It’s amazing what people throw away,” he says.

The candles help him stay warm on cold nights, and the homeless man is happy he has finally found a place where no one dares bother him, not even the police.

Still, whenever he slides over the lid of his tomb, Bratislav always takes a look around before revealing himself, not for fear of attackers, but to make sure he doesn’t scare anyone to death.