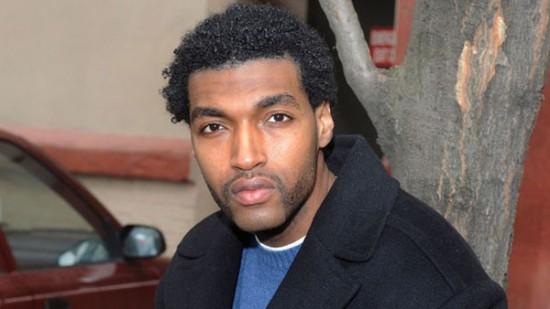 Guy Sues Parents. Bernard Bey, a homeless man from Brooklyn, New York, is suing his parents for not loving him and supporting him enough.

32-year-old Bernard Bey is an aspiring rapper from Brooklyn.

He’s also homeless, and blames his parents for his current situation.

In a recent interview, he says he ran away from home wen he was just 12 years old, because his family abused him both physically and verbally, and he’s been in and out of the shelter system for the last twelve years.

And since he believes his parents are responsible for everything he’s been through, he’s just filed a lawsuit against them in Brooklyn Court, in which he accuses them of making him feel “unloved and beaten by the world”.

In the self-written lawsuit, Bey is asking for $200,000 in damages and demands his family mortgage their brownstone in the Bedford-Stuyvesant neighborhood, to help him open two franchises “like Domino’s Pizza”.

“I don’t feel like my parents love me, they aren’t supportive, they’re emotionally abusive, verbally abusive,” the 32-year-old said. “We don’t have a family bond that a family should have.”

He claims that the extra $200,000 he’s asking for would go to helping out the whole family.

Bernard’s mother, told reporters things are not like her son described.

They are in no position to give him that kind of money, seeing as they are currently living in public housing themselves, and the Brooklyn building he’s asking them to mortgage is only partly owned by them.

She also says Bernard hasn’t worked a day in his life and needs to go out and get a job.