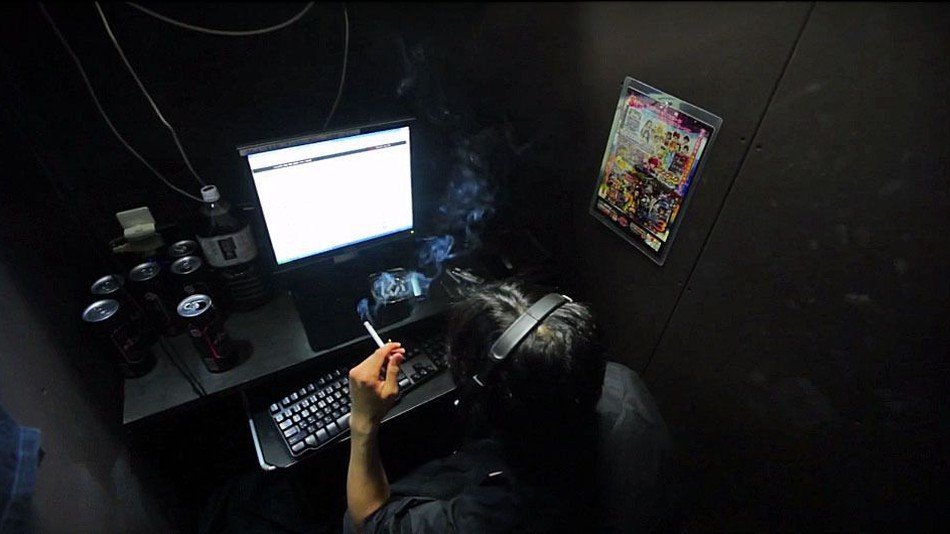 The bleak and unforgiving existence of the dark Japan salarymen and part-time workers, who often live in Internet cafes to save on rent, is difficult to describe, but one filmmaker has done a great job of giving us a brief peek. 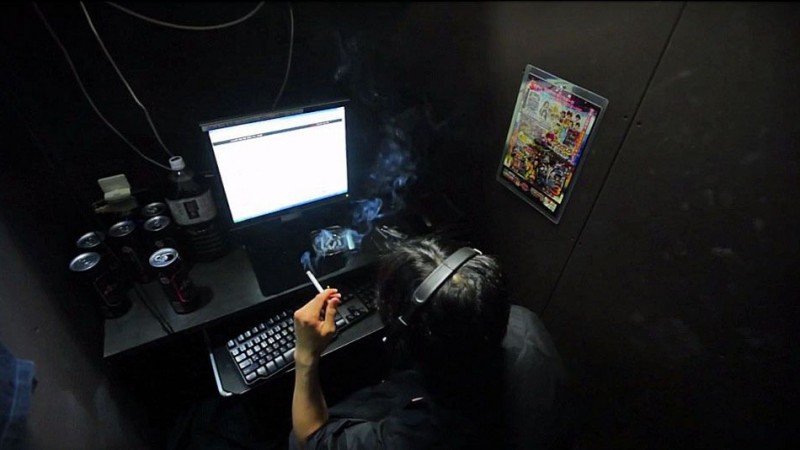 Net Cafe Refugees is a short 10-minute documentary that plunges the viewer into the world of 24-hour Internet-connected cubicles that serve as makeshift living spaces for many Japanese living on the edge of society.

SEE ALSO: The Internet in Cuba: 5 Things You Need to Know

If you’ve ever wondered if some of those film depictions of futuristic, dystopian cities will ever come to fruition, you need look no further than the dark, broadband-connected caves shown in director Shiho Fukada’s film.

One part-time construction site worker is shown spending his time between monotonous work shifts and Internet cafe existence by chain smoking and staring listlessly at a computer screen surrounded by black walls draped with wires. 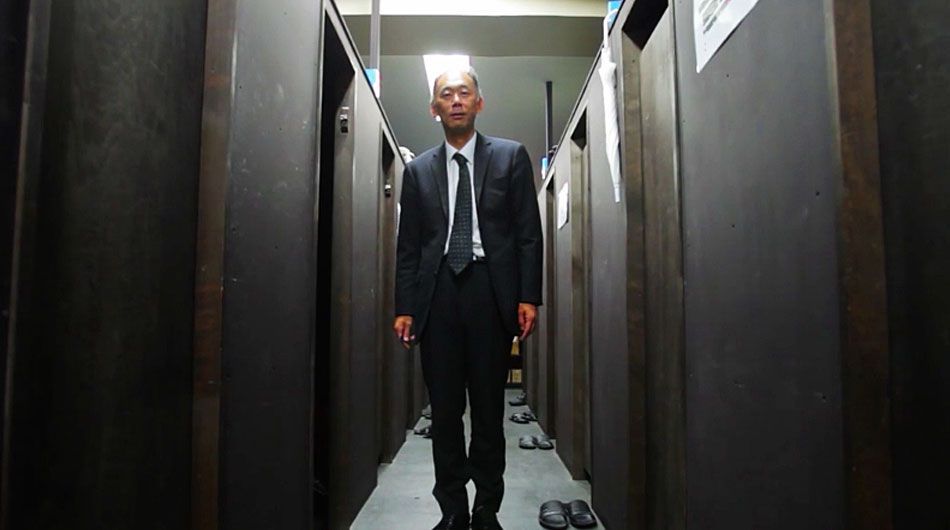 Another man admits that he has lived in an Internet cafe for four months, after quitting his job as a computer systems manager at a credit card company.

What Would've Happened If We Had A Flat Earth?

But unlike some oddball trend stories that periodically emerge from Japan, tales of Internet cafe refugees are very real — as a five-year resident of Japan, I sampled some of the Internet cafe culture mentioned in the film and it’s disturbingly accurate.

Some of the Internet cafes are also called “manga kissa,” because they specialize in serving as manga (comic books/graphic novels) reading spots (the name is short for manga “kissaten,” which means cafe in Japanese).

I’ll never forget the first time I used one, in the crowded confines of Shibuya in Tokyo.

After receiving my authorization card, I walked to my designated cubicle and encountered a man casually padding past me dressed in a bathrobe and slippers

I walked to my designated cubicle and encountered a man casually padding past me dressed in a bathrobe and slippers with toiletries in hand, clearly on his way to wash up for the night.

Over the years, I had other occasions to use Internet cafes in other parts of the country, and I saw and heard it all — marathon sex sessions between young couples, Internet cafe regulars (read: residents) who were genuinely annoyed by the arrival of newcomers and even one man who appeared to be bringing a bag of groceries to his cubicle.

Thankfully, I never had to live in an Internet cafe, but any observant visitor to one can quickly surmise that a good number of people are living in these rent-by-the-hour Internet hubs.

Fukada’s short film is one part of a series of three films that expose the darker side of Japan, which feature perspectives that defy the cheery, cute-obsessed culture popularized in the media.

The other two films, Overworked to Suicide (about overworked white collar workers) and Dumping Ground (about the homeless elderly), are available to view online.