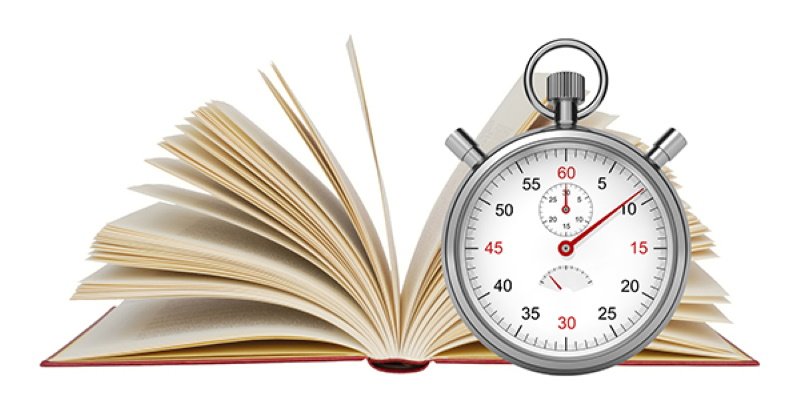 Almost all of us are drowning in words. It’s no wonder that speed reading — which means to read at an increased speed with no loss of comprehension — is an increasingly popular recourse for both the GTD crowd and anyone who worships at the altar of productivity.

Who wouldn’t want to breeze through their reading list at 2,000+ words per minute and devour Johnny Five levels of input, right?

It was stated that speed-reading training helps you absorb more information in a single glance than you typically do. But the researchers say that “what limits our ability to process text is our capacity to recognize words and understand text” – and not how many words our eyes take in at a time.

In 1980, in what the researchers call the most comprehensive review of speed-reading, scientists compared comprehension among a group of speed readers, normal readers, and people told to skim the text.

Results showed that the speed readers understood the text better than the skimmers, but not as well as those reading at normal speed. If the speed readers hadn’t looked directly at a specific passage, they weren’t able to answer detailed questions about that part. “The data thus suggest that the students of speed-reading courses are essentially being taught to skim and not really read,”the authors of the new paper write.

And while they acknowledge that skimming can be useful when you’re overloaded with information, they say skimmers necessarily make a “trade-off between speed and accuracy”.

If you really want to increase the speed at which you read, the researchers argue the only tried-and-true method is practice. Specifically, you’ll want to practice understanding the words on the page – not just seeing them.

So if you reached this point in the article within 10 seconds (you’re busted!), there’s little chance that you’ll absorbed it all. If you intended to skim, that’s fine, but if you thought you were paying close attention, you should probably read it again.