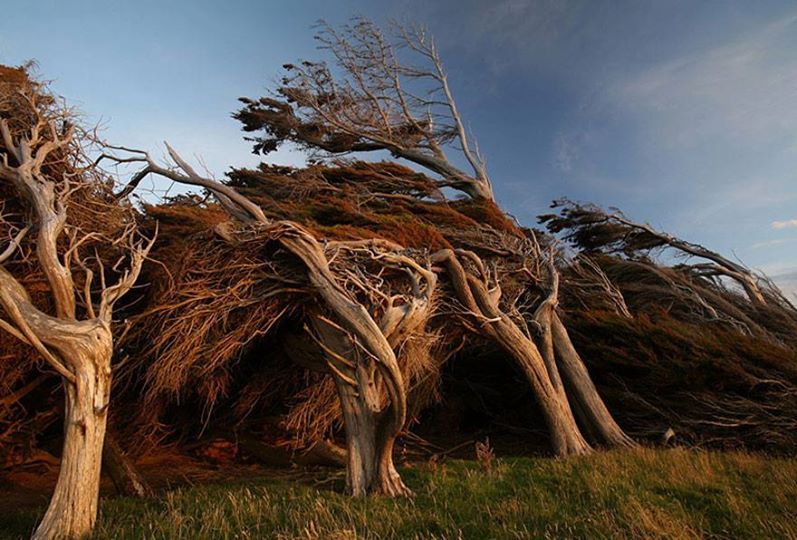 On the most southernmost tip on New Zealand’s South Island is a place called Slope Point. It hosts some of the strangest-looking trees in the world. They are shaped by the relentless winds that constantly pummel this place.

Trees don’t usually grow in the Slope Point area. It’s not that the soil isn’t fertile enough, but the winds blowing through the slopes and fields of this place make it an inhospitable place.

Still, the farmers that bring their sheep here for grazing planted patches of trees as shelter for the animals. Only instead of growing upright, like other specimens, most of these trees are twisted and crooked, with their canopy looking like windswept hair. 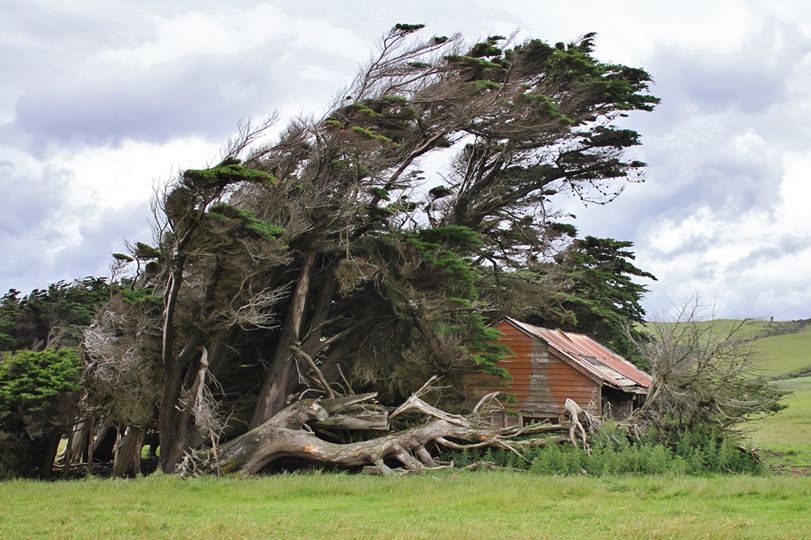 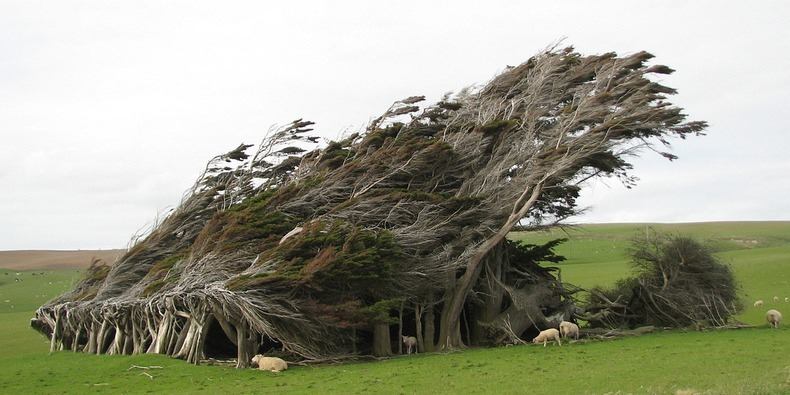 They look unlike anything else in the world, and they have made the otherwise unremarkable Slope Point famous around the globe.

It is located about 4,800 kilometres from the South Pole and a whopping 5,150 kilometres below the equator, with heavy winds pummeling it relentlessly all through the day, every day. Its location also means that these Antarctic winds can travel up to a speed of 3,300 kilometres uninterrupted before hitting Slope Point with all their might. It is for this reason that this area is completely uninhabited and only used for sheep grazing.

But it’s not the power of the winds that keeps people away and shapes the trees of Slope Point, it’s their constant presence at all hours of the day and night. Novelist Trevor Cree once described the winds of Slope Point like this: “It is not a wind that will necessarily break and snap at will, although clearly it can, it is its sheer relentlessness, like a gnawing toothache, that never ceases until total submission from the victim is achieved.” 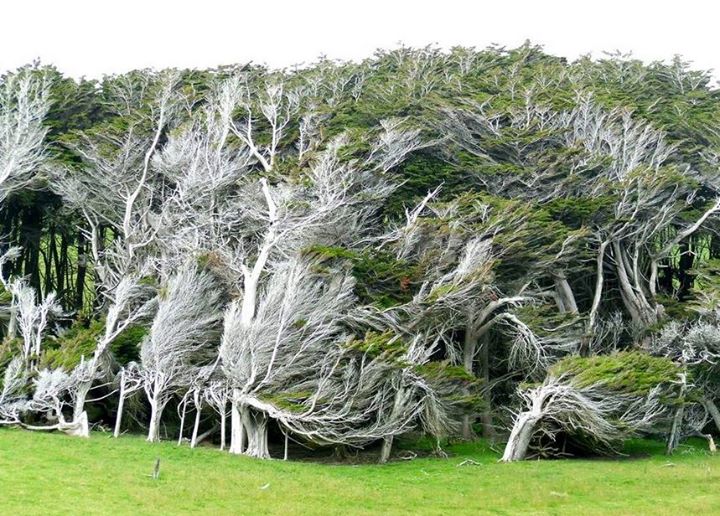 When sheep farmers on South Island started planting saplings around Slope Point to offer their herds some respite from the unrelenting winds, they never imagined that the resulting trees would one day become tourist attractions. As they grew, the trees naturally leaned towards the north along with their windswept branches at an angle that offered the least resistance to the gales blowing from the South Pole.

While these twisted trees may make for quite a sight in person, travelers should know that they will find no accommodation at Slope Point. Apart from some inhospitable small shacks, there are no houses in the area. You will have to go further north to book a stay and then make your way to this southernmost point of South Island.

Cuteness Overload! Baby Animals That Will Make You Go ‘Aww’