The jinxed ship called the USS William D. Porter (DD-579). During WWII, the Allies had a ship so jinxed it destroyed itself by nearly destroying something else.

It all started in November 1943. The USS Iowa was headed to North Africa, carrying a precious cargo – President Franklin Delano Roosevelt. He was to attend the Cairo and Teheran Conferences with Joseph Stalin and Winston Churchill to discuss a second front against Germany and Japan.

But it might never have happened because of the William D. Porter (WDP). On November 12, she sailed out of Norfolk to meet up with the Iowa and two other ships. Unfortunately, her sailors failed to properly raise the anchor.

So it tore into a docked destroyer. Railings, lifeboat mounts, the captain’s gig (a small taxi boat) and other equipment were ripped off the other ship. Thankfully, no one was hurt or killed.

As for the WDP, she didn’t even suffer a scratch. Except for minor ones to her anchor, that is. But it was an omen of things to come – the very next day, in fact.

For on November 13, the convoy of four ships sailed under strict orders to maintain radio silence. With German and Japanese U-boats about, the last thing anyone wanted was to give their position away, when …

BOOM! They were under attack! The convoy began their anti-submarine maneuvers, zigging and zagging as best they could while trying to scope out the dreaded … umm … Germans? Japanese? (Gasp!) Both!?

Nope. Americans. The WDP, to be precise. A depth charge had fallen off her stern and detonated in the rough seas below. But what about the safety mechanism? Ah yes, that … it hadn’t been set.

Then a freak wave slammed into the WDP, washing off everything that wasn’t lashed down – including a sailor who was never found. The engine room flooded, ruining a boiler and forcing the ship to fall out of formation till another was activated. Walter had to spend the next several hours giving updates on the repairs … over the radio.

Fortunately, lightning doesn’t strike twice in the same place, right? Wrong. Because on November 14, Roosevelt asked to see some of the Iowa’s might.

Target practice turns into something else

So they released balloons in the air for target practice. Most were shot down by the Iowa, but not all. Some drifted over to the WDP … what could possibly go wrong?

Those on deck conducted themselves well by shooting down the balloons. Down below, however, it was another matter entirely.

To further impress the president, the flotilla also did torpedo drills. Lawton Dawson and Tony Fazio were responsible for the WDP’s torpedoes, and since it was a drill, they were supposed to remove the primers (explosive charges). They did so for torpedoes 1 and 2. Dawson, however, forgot torpedo 3 – which fired at 2:36 PM.

Want to guess which ship they were targeting?

“Captain?” asked Lieutenant H. Seward Lewis. “Did you give permission to fire a torpedo?”

All hell broke loose. Lewis wanted to warn the Iowa over the radio, but Walter, already in disgrace, refused. His solution was to use signal lamps to warn the Iowa, but the signalman relayed the wrong message: THE WDP IS BACKING UP.

The WDP’s signaler finally got it right, “MISSILE! TURN RIGHT!”

The Iowa still didn’t get it, so Walter finally broke radio silence … again.

Except that the operator aboard the Iowa was a stickler for protocol, “Why are you breaking radio silence!? Identify yourself!”

Up on deck, Roosevelt asked to have his wheelchair moved closer to the railing so he could better see the torpedo. According to eyewitnesses, the Secret Service actually drew their guns and aimed at it.

Fortunately, the operator wasn’t alone and more pragmatic heads prevailed. The explosion hit at 2:40 PM … missing the Iowa. So now all guns were aimed at the WDP.

Who aboard it was a German or Japanese agent!? The WDP’s entire crew was placed under arrest (a first in US history) and were grilled for days till Dawson finally broke. They sentenced him to 14 years of hard labor till Roosevelt intervened and set him free.

Since the affair was deemed an accident, the WDP was sent to the Aleutian Islands. She was assigned to Task Force 94 in Unalaska at the Dutch Harbor Naval Operating Base and Fort Mears where she could do no harm. Or so the thinking went.

It worked. Until December 31, that is, when the base commandant hosted a party for officers and their families. The WDP was also partying – which was how a drunk sailor got it into his head to fire one of the ship’s 5” guns. The shell landed on the commandant’s front yard, taking out his flower garden, and mercifully, nothing and no one else. 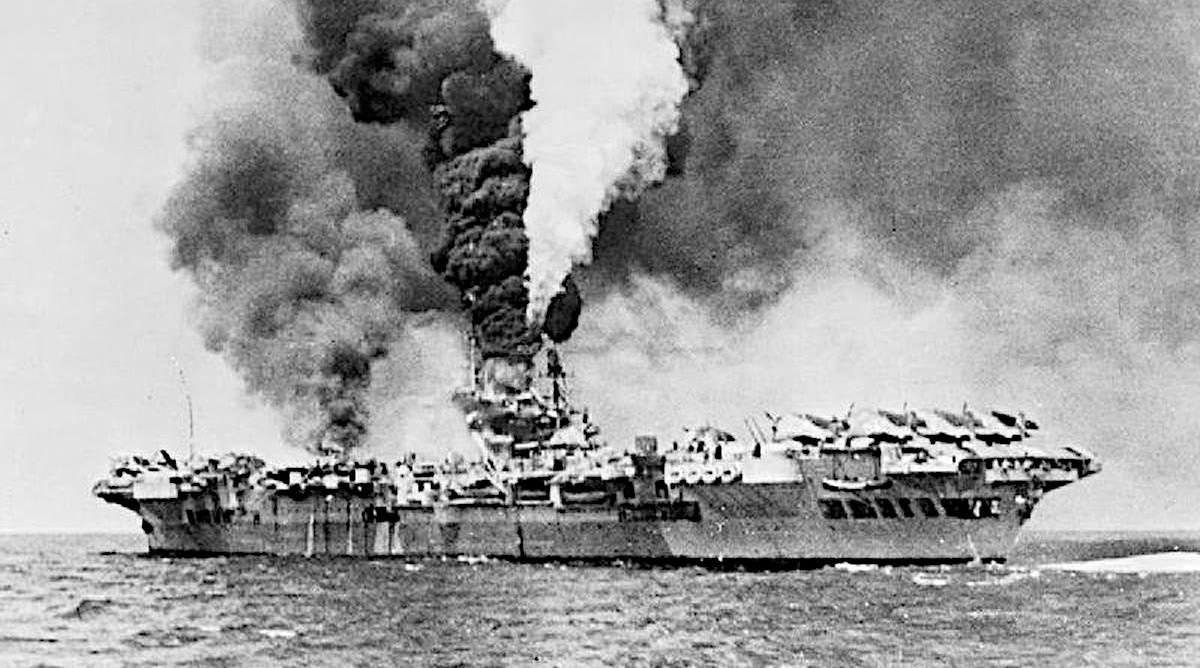 They finally replaced Walter with Commander Charles M. Keyes on May 30, 1944. Which is probably why the WDP was allowed to participate in the Battle of Okinawa … where she accidentally strafed the USS Luce. Fortunately, she made up for it by shooting down five Japanese planes.

The WDP aimed, fired, and missed – obviously because they weren’t firing at an American target.

Fortunately, she evaded the kamikaze and her crew heaved a sigh of relief as they watched it slam into the water and vanish. Unfortunately, the plane kept going underwater till it reached the bottom of the ship and exploded.

The WDP lifted out of the water, whammed back down, and lost power as fires broke out. The men spent three hours trying to put them out when the Willie Dee began to keel over, forcing the crew to abandon ship.

Amazingly, no one was seriously hurt or killed. They even gave the WDP four battle stars!