The last soldier surrendered. During World War II around 450,000 German soldiers were imprisoned in 700 camps across the United States. After the war ended, these prisoners were repatriated to Germany.  But seven of them escaped and disappeared into the vastness of America.

Most of the seven were eventually recaptured, except for one man. He evaded American authorities so successfully that he lived a secret life for forty years. But in 1985 he turned himself in, on The Today Show, of all places.

How he managed to live a double life for so long, evading the FBI (who had his picture on their Most Wanted posters for four decades) as well as other government authorities who were trying to track him down, is a remarkable tale.

Georg M. Gärtner was born in Schweidnitz, Lower Silesia (which is now a part of Poland) in December 1920. When Germany became embroiled in the World War II, he enlisted in 1940. He volunteered for combat duty in the Afrika Korps under Rommel in 1942. This was partly out of a desire for adventure, but also partly because he hoped to escape being sent to the Eastern Front.

He arrived in Libya in early 1943, but at that time Britain has already sent the German troops on the retreat. Gärtner was assigned to an artillery unit, as a sergeant, and fought in a huge but hopeless battle that saw German forces retreating up to 50 miles (80.4 kilometers) a day. 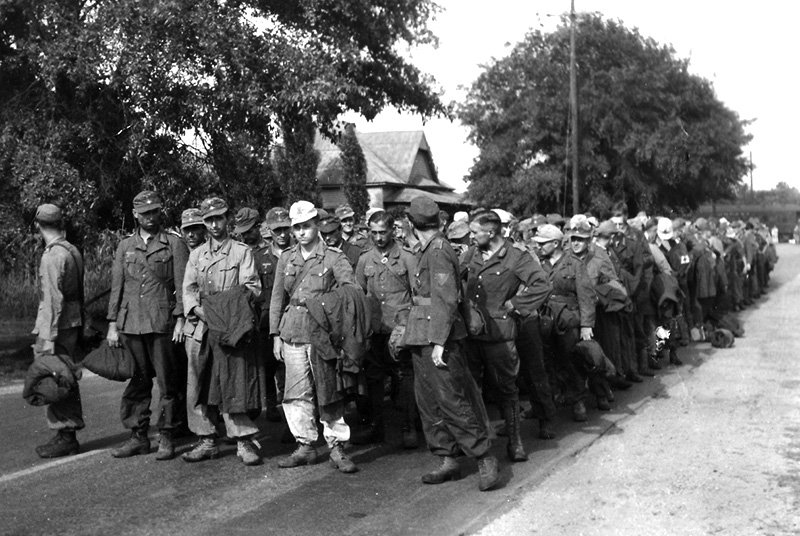 In May 1943, he was one of around 220,000 German and Italian soldiers who was forced to surrender to Allied troops. He was then transported to a prison camp in Deming, New Mexico. Camp life for the German POW’s in the American camps was easy. Prisoners were well-fed and had ample opportunity not only to socialize and exercise, but they could also study college courses and were given beer as a treat on occasion.

Things started to change, though, toward the end of the war. Reports of the horrors that had taken place in the liberated concentration camps  started to make their way around the West. So the American guards became increasingly harsh and hostile towards the Germans.

The end of the war

The war ended and it was time to send the German prisoners back to Germany. Gärtner was terrified of the prospect of having to return home because home was now under Soviet control. He knew that his fate was dire as a German POW.

Since he spoke excellent English, he saw that his only chance of survival was to escape the American prison camp and stay in the United States. 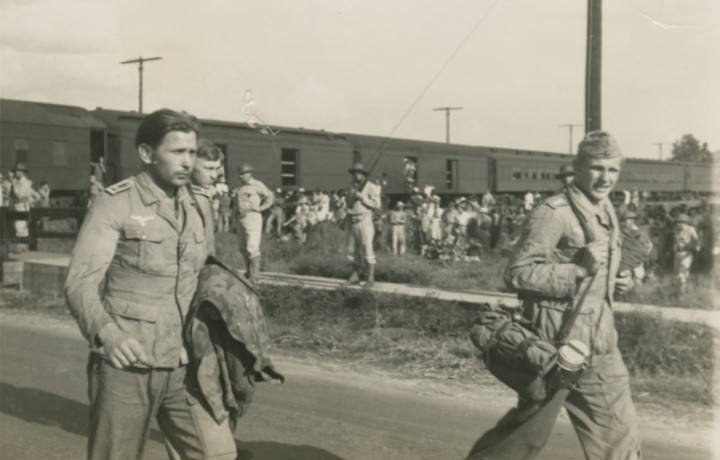 So he began preparations for his escape by carefully observing the train track that ran past the camp. He made detailed notes about the train schedule. He knew it was his way out.

On the night of September 24th, 1945, while the other prisoners were watching a movie, Gärtner waited for a gap in the searchlights, crawled under two gates and hopped onto the passing freight train. He rode the freight train all the way from New Mexico to San Pedro, California. He had a chance of a new life and a new identity — one which he would live under for the next forty years. And so he became the last last soldier of the Afrika Korps.

When guards discovered that he was missing, they interrogated all of the other prisoners. But since Gärtner had not told a soul about his plan, nobody had any idea he had jumped onto a train.

It was easy for him to blend into the increasingly multicultural climate of California. To begin with, he took on the name Peter Petersen and claimed to be a Norwegian immigrant. He worked with other migrant laborers on farms for some time, but then changed his alias to Dennis Whiles.

He eventually managed to acquire a social security number and a driver’s license under the name of Dennis Whiles. This was to be the name he would keep for the rest of his double life.

He worked a great number of jobs, including that of a ski instructor, which led to his involvement in a famous incident. The passenger train City of San Francisco got trapped in a blizzard in the Sierra Nevada in January 1952. Gärtner headed a ski rescue mission to get to the stranded train. He was one of the first skiers to reach the train and as a result had his picture – along with the other rescuers – taken by Life magazine.

Ironically, nobody recognize him from the FBI Most Wanted list.

He married an American woman, Jean Clarke, in 1964. He managed to keep his true identity secret from her for the next 20 years. However, in 1984 she started to ask questions that were increasingly difficult for him to answer. So he eventually came clean to her about who he really was.

After that, he confessed publicly by making an appearance on The Today Show in 1985 to “surrender” to Bryant Gumble on national TV.

Then he got great news! The FBI and the US government decided not to prosecute or deport him since he was not officially an illegal immigrant (as he had originally been brought to the US against his will) or committed any serious offenses.

Gärtner became an official US citizen in 2009. He published a book about his life, entitled Hitler’s Last Soldier In America. He lived to the ripe old age of 92, and passed away in Loveland, Colorado – as the last soldier of the German army in an American prisoner camp.