The Amityville Horror is a book by American author Jay Anson, published in September 1977. It is also the basis of a series of films released from 1979 onward. The book is claimed to be based on the paranormal experiences of the Lutz family, but has led to controversy and lawsuits over its truthfulness.

On November 13, 1974, Ronald DeFeo Jr. shot and killed six members of his family at 112 Ocean Avenue, a large Dutch Colonial house situated in a suburban neighborhood in Amityville, on the south shore of Long Island, New York. He was convicted of second-degree murder in November 1975.

In December 1975, George and Kathy Lutz and their three children moved into the house. After 28 days, the Lutzes left the house, claiming to have been terrorized by phenomena while living there.

The Lutz family move in

The book, purportedly based on a true story, describes the house at 112 Ocean Avenue as remaining empty for 13 months after the DeFeo murders. In December 1975, George and Kathleen Lutz bought the house for what was considered to be a bargain price of $80,000.

The five-bedroom house was built in Dutch Colonial style, and had a distinctive gambrel roof. It also had a swimming pool and a boathouse, as it was located on a canal. George and Kathy married in July 1975, and each had their own homes, but they wanted to start fresh with a new property.

During their first inspection of the house, the real estate broker told them about the DeFeo murders and asked if this would affect their decision. After discussing the matter, they decided that it was not a problem.

The Lutz family moved in December 19, 1975. Much of the DeFeo family’s furniture was still in the house, because it was included for $400 as part of the deal. A friend of George Lutz learned about the history of the house and insisted on having it blessed.

Father Mancuso was a lawyer, judge of the Catholic Court and psychotherapist who lived at the local Sacred Heart Rectory.

He arrived to perform the blessing while George and Kathy were unpacking their belongings on the afternoon of December 18, 1975 and went into the building to carry out the rites.

When he flicked the first holy water and began to pray, he heard a masculine voice demand that he “get out”. When leaving the house, Father Mancuso did not mention this incident to either George or Kathy.

On December 24, 1975, Father Mancuso called George Lutz and advised him to stay out of the second floor room where he had heard the mysterious voice, the former bedroom of Marc and John Matthew DeFeo.

It was the room that Kathy planned to use as a sewing room, but the call was cut short by static. Following his visit to the house, Father Mancuso allegedly developed a high fever and blisters on his hands similar to stigmata.

At first George and Kathy experienced nothing unusual in the house. Talking about their experiences subsequently, they reported that it was as if they “were each living in a different house”.

As the new year starts

By mid-January 1976, after another attempt at a house blessing by George and Kathy, they experienced what would turn out to be their final night in the house. The Lutzes declined to give a full account of the events that took place on this occasion, describing them as “too frightening”.

After getting in touch with Father Mancuso, the Lutzes decided to take some belongings and stay at Kathy’s mother’s house in nearby Deer Park, New York, until they had sorted out the problems with the house.

They claimed that the phenomena followed them there, with the final scene of Anson’s book describing “greenish-black slime” coming up the staircase towards them.

On January 14, 1976, George and Kathy Lutz, with their three children and their dog Harry, left 112 Ocean Avenue, leaving all of their possessions behind. The next day, a mover arrived to remove the possessions to send to the Lutzes. He reported no paranormal phenomena while inside the house.

The book was written after Tam Mossman, an editor at the publishing house Prentice Hall, introduced George and Kathy Lutz to Jay Anson. The Lutzes did not work directly with Anson, but submitted around 45 hours of tape-recorded recollections to him, which were used as the basis of the book. Estimates of the sales of the book are around 10 million copies from its numerous editions. Anson is said to have based the title of The Amityville Horror on “The Dunwich Horror” by H. P. Lovecraft, which was published in 1929.

The role of Father Pecoraro in the story has been given considerable attention. During the course of the lawsuit surrounding the case in the late 1970s, Father Pecoraro stated in an affidavit that his only contact with the Lutzes concerning the matter had been by telephone.

Other accounts say that Father Pecoraro did visit the house but experienced nothing unusual there. Father Pecoraro gave what may have been his only on-camera interview about his recollections during a 1980 episode of In Search of…, a documentary series hosted by Leonard Nimoy.

Father Pecoraro’s face was obscured during the interview to preserve his anonymity. In the interview, he repeated the claim that he heard a voice saying “Get out”, but stopped short of giving it a paranormal origin.

He also stated that he felt a slap on his face during the visit and that he did subsequently experience blistering on his hands.

Damage to the house

The claims of physical damage to the locks, doors and windows were rejected by Jim and Barbara Cromarty, who bought the house for $55,000 in March 1977.

In a television interview filmed at the house for the show ‘That’s Incredible!’ Barbara Cromarty argued that they appeared to be the original items and had not been repaired.

The That’s Incredible! feature also showed that the “Red Room” was a small closet in the basement and would have been known to the previous owners of the house (Lutzes) because it was not concealed in any way.

Critics including Stephen Kaplan have pointed out that changes were made to the book as it was reprinted in different editions.

The Lutz couple take a polygraph 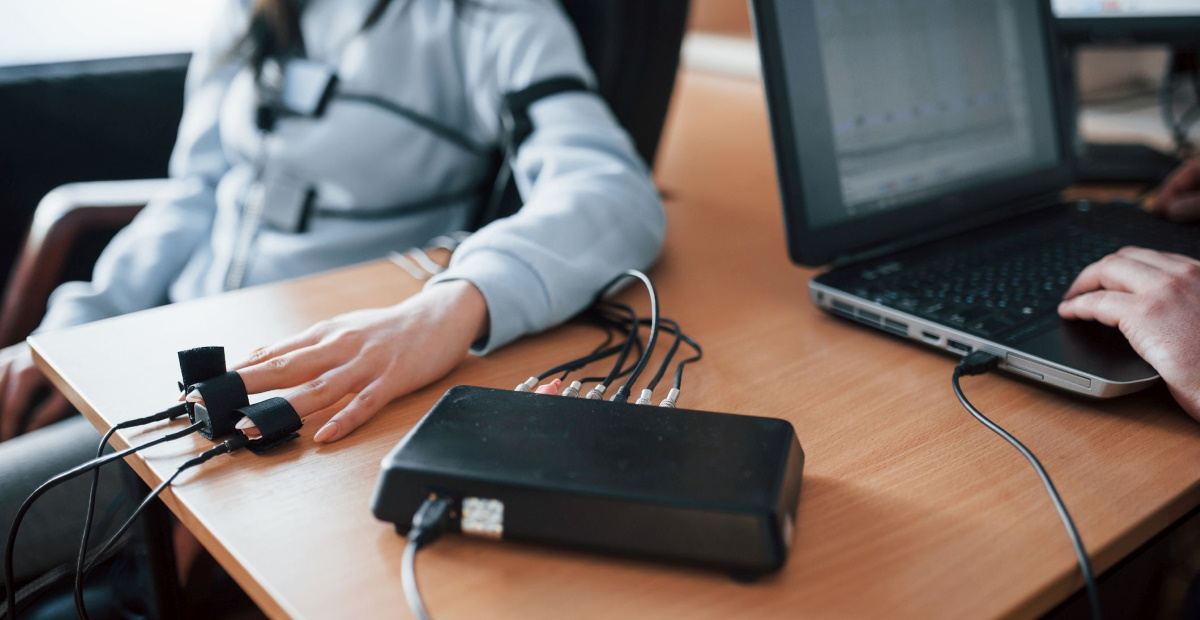 George Lutz maintained that events in the book were “mostly true” and denied any suggestion of dishonesty on his part.

In June 1979, George and Kathy Lutz took a polygraph test relating to their experiences at the house. The polygraph tests were performed by Chris Gugas and Michael Rice who, at the time, were reportedly among the top 5 polygraph experts in America.

The results, in Mr. Rice’s opinion, did not indicate lying.

In October 2000, The History Channel broadcast Amityville: The Haunting and Amityville: Horror or Hoax? It’s a two-part documentary made by horror screenwriter/producer Daniel Farrands.

George Lutz commented in an interview for the program: “I believe this has stayed alive for 25 years because it’s a true story. It doesn’t mean that everything that has ever been said about it is true. It’s certainly not a hoax. It’s real easy to call something a hoax. I wish it was. It’s not.”

The debate about the accuracy of The Amityville Horror continues, and despite the lack of evidence to corroborate much of the story, it remains one of the most popular haunting accounts in American folklore.

The various owners of the house since the Lutz family left in 1976 have reported no problems while living there. James Cromarty, who bought the house in 1977 and lived there with his wife Barbara for ten years, commented: “Nothing weird ever happened, except for people coming by because of the book and the movie.”