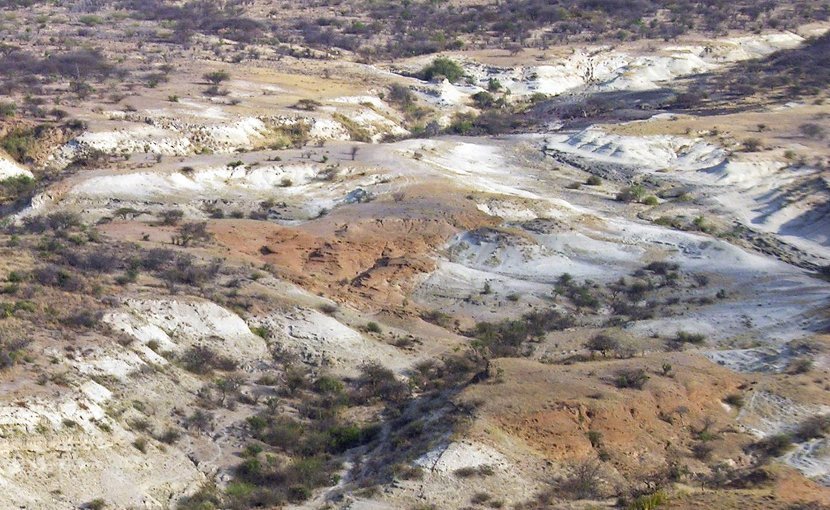 On a grassy African landscape, some of the earliest members of our species, Homo Sapiens, engaged in surprisingly sophisticated behaviors including using color pigments, creating advanced tools and trading for resources with other groups of people.

Those findings, published in the journal Science, were reported Thursday by scientists who examined artifacts dating from 320,000 years ago unearthed in southern Kenya, roughly the same age as the earliest known Homo Sapiens fossils discovered elsewhere in Africa.

The researchers described ochre pigment that produced a bright red color, which could have been used for body painting or other symbolic expression, and tools fashioned from obsidian, a volcanic rock that yields extremely sharp blades, which contrasted with clunkier ones used by earlier species in the human evolutionary lineage.

They found abundant evidence of long-distance transfer of obsidian to the Olorgesailie Basin location from sites up to 55 miles away over rugged terrain, leading them to believe it was acquired from another group through trade, although it was unknown what was provided in exchange.

These findings indicate advances in technology and social structures unexpected so early in our species’ history, they said.

“The choice of importing the ochre from a distance rather than using a more common local material which accomplishes the same purpose argues that having a red face or hair or clothing or weapons also carried a symbolic message of some sort,” said paleoanthropologist Alison Brooks of George Washington University and the museum’s Human Origins Program.

The obsidian was used in a wide range of tools including scrapers, implements with chisel and gouging edges and also in small points that could be placed at the end of a wood or bone shaft for use as a projectile weapon.