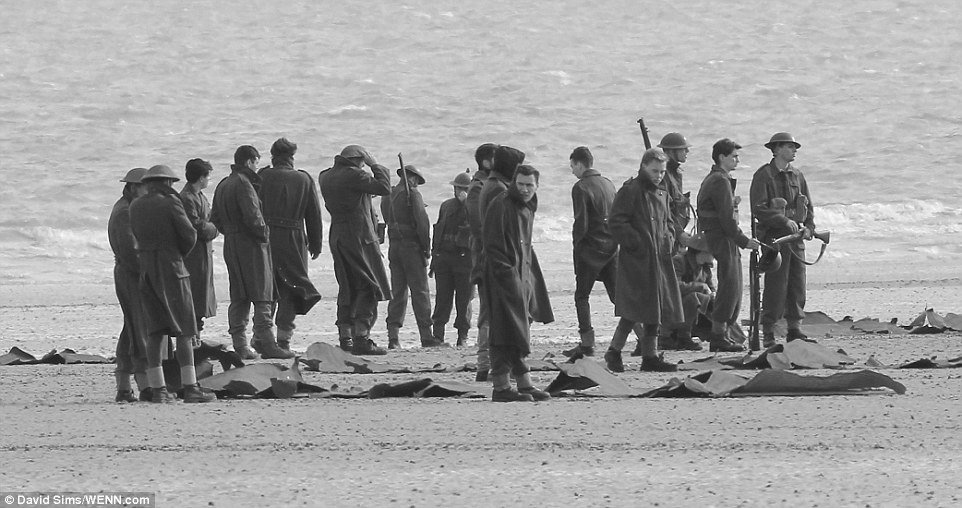 The Dunkirk evacuation, code-named Operation Dynamo, also known as the Miracle of Dunkirk, was the evacuation of Allied soldiers during World War II from the beaches and harbour of Dunkirk, in the north of France, between 26 May and 4 June 1940. The operation commenced after large numbers of Belgian, British, and French troops were cut off and surrounded by German troops during the six-week long Battle of France. In a speech to the House of Commons, British Prime Minister Winston Churchill called this “a colossal military disaster”, saying “the whole root and core and brain of the British Army” had been stranded at Dunkirk and seemed about to perish or be captured. In his “we shall fight on the beaches” speech on 4 June, he hailed their rescue as a “miracle of deliverance

In September 1939, the United Kingdom sent the British Expeditionary Force (BFE) across the English Channel in response to Hitler’s invasion over Poland and to help their French Allies.

The German army attacked Belgium and the Netherlands on May 10 1940. Contrary to Allied expectations, the Germans also sent armored Panzer units barreling through the sparsely defended Ardennes Forest, before swinging toward the English Channel in a “sickle cut” maneuver. By May 21, the German’s audacious push had left the entire BEF and large number of Belgian and French forces trapped in a marshy pocket along the norther coast of France. Their only exit option was a desperate evacuation from the beach town of Dunkirk.

As the Allies retreated to Dunkirk, they opened sluice gates and flooded a series of canals to slow the German advance.  Hitler ordered his forces to halt, which allowed the fleeing Allies precious time to prepare defenses around the evacuation zone. On the other side English Channel decided to facilitate the evacuation, they sent yachts, private fishing boats, naval cruisers – anything with a draft shallow enough to approach Dunkirk’s wide, sandy beach.

From May 27 to June 4, as the Luftwaffe relentlessly strafed and bombed Dunkirk and the surrounding German ground forces slowly tightened the noose, hundreds of thousands of Allied soldiers dug into the sand and waited in winding queues for their turn to board the boats home. Most of the fleeing Allies boarded rescue boats from the harbor and breakwaters, but almost 100,000 were forced to wade out from the beaches, in water past their shoulders, to reach the flotilla.

You knew this was the chance to get home and you kept praying, please God, let us go, get us out, get us out of this mess back to England. To see that ship that came in to pick me and my brother up, it was a most fantastic sight. We saw dog fights up in the air, hoping nothing would happen to us and we saw one or two terrible sights. Then somebody said, there’s Dover, that was when we saw the White Cliffs, the atmosphere was terrific. From hell to heaven was how the feeling was, you felt like a miracle had happened.