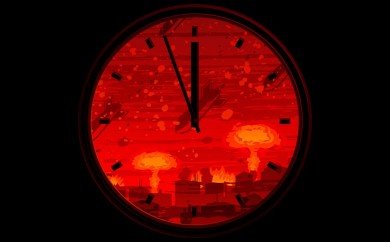 The Doomsday Clock. It’s two minutes to midnight. Those words probably make you shiver, just a little bit, because bad things always happen at midnight. And midnight on the Doomsday Clock is the baddest of the bad, the hour of the apocalypse. That’s right, the end of the world. Boom. Everyone dies. But hey, cheer up. When all these facts about the Doomsday Clock have sufficiently freaked you out, you can switch gears and check out the Zombie Doomsday Clock instead. Because that’s an apocalypse we can all get behind.

Hey, let’s try to terrify as many people as possible 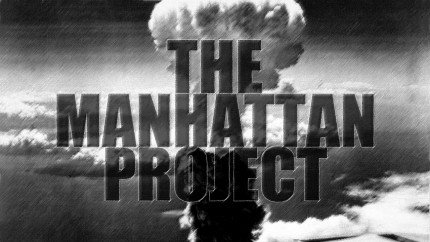 On a beautiful spring day in 1947, a bunch of atomic scientists got together and asked themselves a question: “How can we make everyone in the world simultaneously wet themselves with fear?” It was a profoundly important question, with worldwide implications for both humans and for the companies that manufacture adult diapers.

According to Wired, The Doomsday Clock was the brainchild of a group of scientists who had worked on the Manhattan Project, you know, the whole reason why we have to worry about nuclear annihilation in the first place. Evidently they were feeling kind of bad about the whole probable destruction of the Earth thing and wanted some way to impress upon people just how far up a certain unpleasantly brownish-colored creek without an instrument of propulsion the human race actually was.

So they commissioned artist Martyl Landsdorf to create the cover art for the June 1947 edition of the Bulletin of the Atomic Scientists. Initially she wanted to design the cover around the symbol for uranium, but that wasn’t really enough to trigger incontinence in the average person, so instead she hit on the idea of a clock. Now, like prisoners awaiting execution, and people waiting in line on Black Friday, we can all stare at the Doomsday Clock and anticipate our own deaths instead of leading boring, unburdened lives. Thanks, scientists! 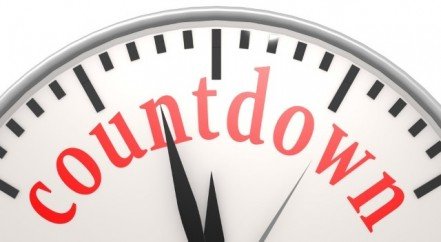 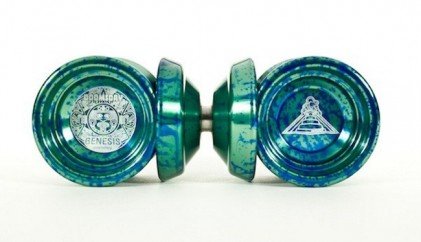 Who gets to decide what time it is? 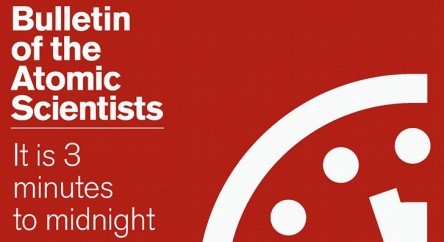 At this point you might be wondering why you should pay attention to the Doomsday Clock. It’s just a bunch of propaganda by a few unknown scientists who think too much of their own opinions. Except whoops, it’s actually not a few unknown scientists, it’s 15 freaking Nobel Laureates (among others), which means it’s pretty likely that they know exactly what they’re talking about, even if they do have high opinions of themselves. And really, if you’re a Nobel Laureate don’t you sort of get to have a high opinion of yourself by default anyway?

According to the Bulletin of the Atomic Scientists, the Science and Security Board is the main body responsible for the position of the Doomsday Clock’s hands. They have “deep knowledge” of all ‘things that might one day destroy the human race’ and they also tend to be the people who give scientific and technological advice to other nations and international agencies.

When we were furthest from apocalypse 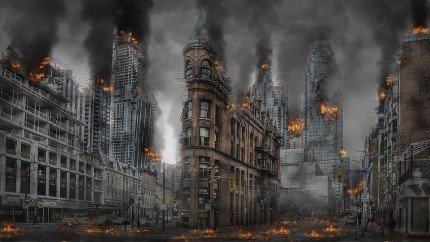 In 1991, the Science and Security board figured it was 17 minutes to midnight. That’s the farthest we’ve ever been from the apocalypse, which really doesn’t seem very far at all. If you think of doomsday as midnight on New Year’s Eve, then 17 minutes before midnight is when you’re getting your champagne out of the fridge and making sure everyone you love is all together and you’re settling down in front of the clock so you don’t miss anything. Sort of like doomsday, actually, because what else are you going to do besides get drunk with the people you love and watch the bombs go off?

Anyway at 17 minutes to midnight you’re pretty much aware that the jig is up, and you’re just waiting for it to be over. So the Science and Security board wasn’t really making anyone feel warm and cozy by moving the hand all the way back to 17. What made scientists so partially optimistic (but not really) back in 1991?

According to the World Atlas, that was the end of the Cold War and the beginning of non-hostile cooperation between America and the Soviet Union, and for a few minutes it even looked like maybe we’d both be reducing our nuclear arsenal to the point where we could only blow up the whole world a couple of times instead of a couple of dozen times. So yeah, we were much, much safer. That was sarcasm, in case you’re a little behind.

Is the clock accurate? 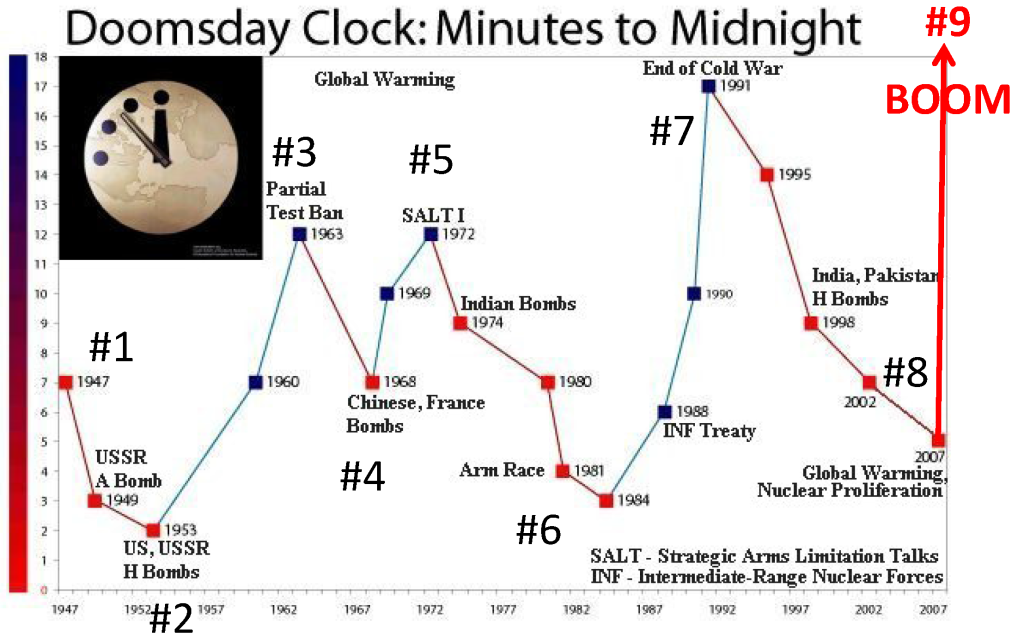 Well, no, or we would have all exploded at midnight the day after the June 1947 issue of the Bulletin of the Atomic Sciences hit the newsstands. But we’re still here, so “accurate” is probably not the right adjective. According to Wired, the Doomsday clock is symbolic. It’s not meant to be predictive. Rather, it’s a warning that is supposed to motivate us into action, right after we’re all done changing our pants.

The clock’s original purpose was just to get everyone’s attention, and it’s certainly succeeded in doing that. And every time they move the hand forward or backward, that gets our attention, too, so no matter how hard we try we never really get to forget about the Doomsday Clock.

Is it the right kind of attention, though? Scientists hoped the Doomsday Clock would inspire everyone to get up and collectively work toward real, positive change … on the other hand, it’s unclear exactly how we’re going to do that when we’re all cowering under our beds. 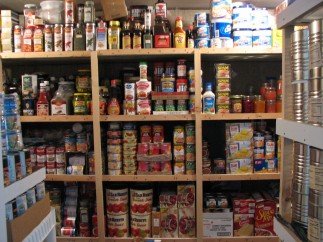 Now that you’ve got a shovel in one hand and a truckload of Dennison’s chili sitting in your driveway, here’s some reassurance — we can turn the clock back again, and the Bulletin of the Atomic Scientists was kind enough to tell us how. For a start, we can elect leaders who refrain from “provocative rhetoric regarding North Korea.”

And we can do other stuff about North Korea, too, like talk to them (how’s that for groundbreaking) but not in a nasty, annoying sort of way. Governments all over the world can recommit to policies aimed at reducing greenhouse gases, and Russia and the U.S. can be nice to each other and work together.

So yeah, that’s not really anything the average person can do much about, apart from calling up a congressman or two and voting for people who say they’ll do that, which makes the whole scaring-the-pants-off-us thing that much more pointlessly cruel. So do your part as a concerned citizen, sure, but make sure you also have some champagne stashed away in that bunker so you can lift a glass when the end of the world finally arrives. You’re gonna need it.