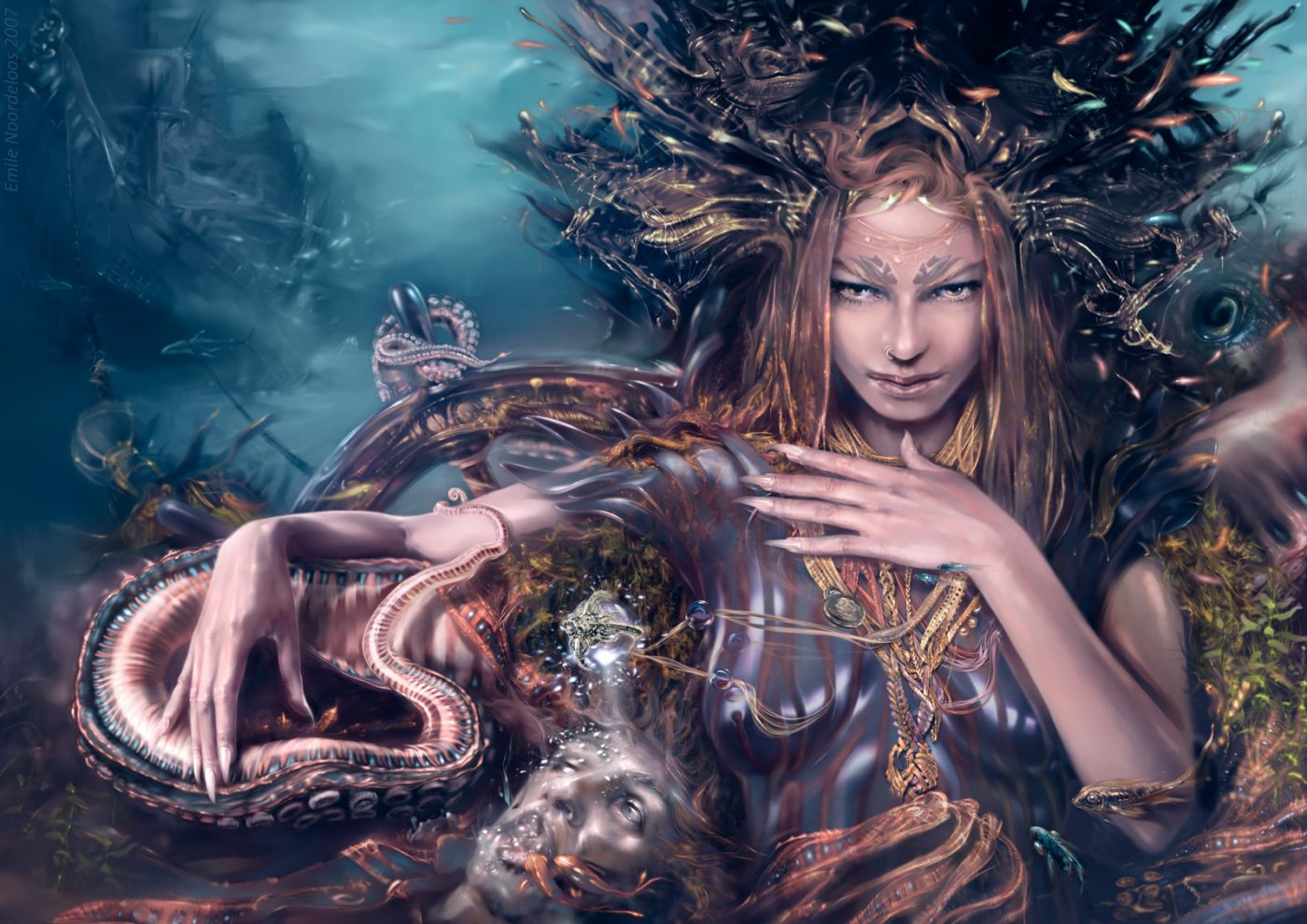 The Sirens appearance were that of a combination of a woman and a bird and they sang beautifully. Their exact appearance varies from artist to artist. Some drew the Sirens with the body of a bird and the head of a woman and other artists drew them to look like women with the legs of a bird. Later portrayals showed them as seductive women and minimized their bird features.

The Sirens were originally friends of Persephone. There are multiple myths regarding what happened to the Sirens after Persephone was abducted by Hades, with one saying that Demeter gave them wings to search for her and another saying that he cursed them because they didn’t stop the abduction.

Perhaps the most famous story about the Sirens is when Odysseus and his men sailed by them. Odysseus was, prior to their quest, warned that encounters with the Sirens was dangerous and could end in death. So he prepared his men by having them put bee-wax in their ears to block out the song of the Siren. They then tied Odysseus to the mast of the boat because he wanted to hear what the Sirens’ song was about. The beautiful song caused Odysseus to order his men to untie him, but they didn’t. Instead they tightened the ropes and kept him tied up until they were clear of the Sirens. Only then did they release him. There were claims that after Odysseus was able to escape the Sirens despite hearing them that they threw themselves into the sea and died. 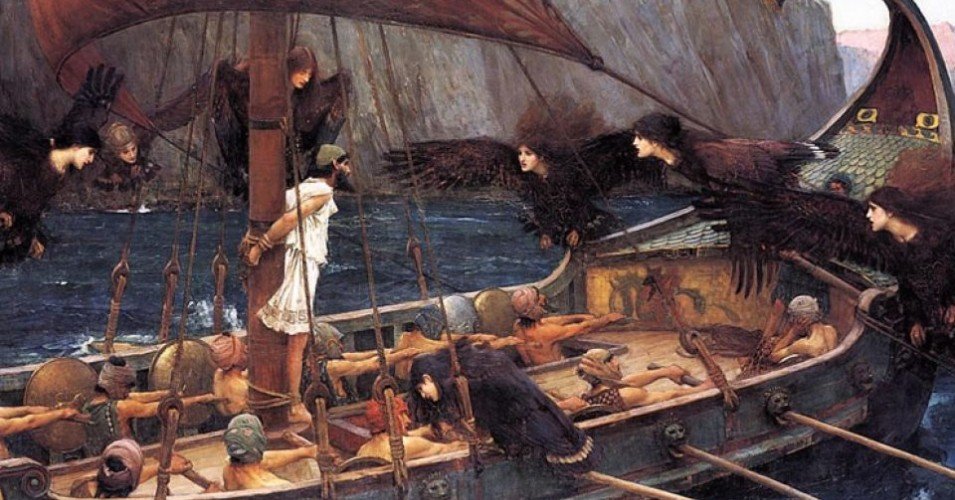 While Homer, the epic Greek poet, tale has two Sirens, other myths have reported between two and five Sirens. Their song is both sad and beautiful, and is said to call to Persephone, asking her to return. Those who hear the song can’t resist and are lured to the Sirens location, which ends in their death. Why the sailors who succumb to this song end up dead is open to interpretation. Some believe that the Sirens are cannibals who consume the sailors that they lure over. Others believe that the Sirens are unable to provide food to their visitors, which eventually leads to starvation, as the visitors can’t leave because of the Sirens’ song. The Sirens survived because their divine nature means they don’t need to eat anything.

Another story of the Sirens’ end is that the queen of the gods, Hera, was able to get the Sirens to compete with the Muses in a singing competition. The Muses defeated the Sirens, and then plucked all the Sirens’ feathers to create crowns from themselves. The Sirens were so devastated by their defeat that they turned white and then fell into the water, each of them becoming a white island.

The Sirens are the origin of the term “siren song,” which refers to something that’s hard to resist, but which will end badly. One of the most unique aspects of the Sirens, particularly in Homer’s “The Odyssey,” is how it’s not their appearances that tempt sailors, but their voices. Their song is said to occur in the middle of the day, when it’s calm and quiet. The Sirens are said to know both the past and the future, but they make false promises to lure sailors to come to them.

In ancient Greek religion and mythology, Demeter is the goddess of the grain, agriculture, harvest, growth, and nourishment, who presided over grains and the fertility of the earth.

Though Demeter is often described simply as the goddess of the harvest, she presided also over the sacred law, and the cycle of life and death. She and her daughter Persephone were the central figures of the Eleusinian Mysteries, a religious tradition that predated the Olympian pantheon, and which may have its roots in the Mycenaean period c. 1400–1200 BC. Demeter was often considered to be the same figure as the Anatolian goddess Cybele, and in Rome she was identified as the Latin goddess Ceres.

Hades in the ancient Greek religion and myth, is the god of the dead and the king of the underworld, with which his name became synonymous. Hades was the eldest son of Cronus and Rhea, although the last son regurgitated by his father. He and his brothers, Zeus and Poseidon, defeated their father’s generation of gods, the Titans, and claimed rulership over the cosmos. Hades received the underworld, Zeus the sky, and Poseidon the sea, with the solid earth, long the province of Gaia, available to all three concurrently. Hades was often portrayed with his three-headed guard dog Cerberus.

Odysseus is a legendary Greek king of Ithaca and the hero of Homer‘s epic poem the Odyssey. Odysseus also plays a key role in Homer’s Iliad and other works in that same epic cycle.

Odysseus is renowned for his intellectual brilliance, guile, and versatility (polytropos), and is thus known by the epithet Odysseus the Cunning. He is most famous for his nostos or “homecoming”, which took him ten eventful years after the decade-long Trojan War.