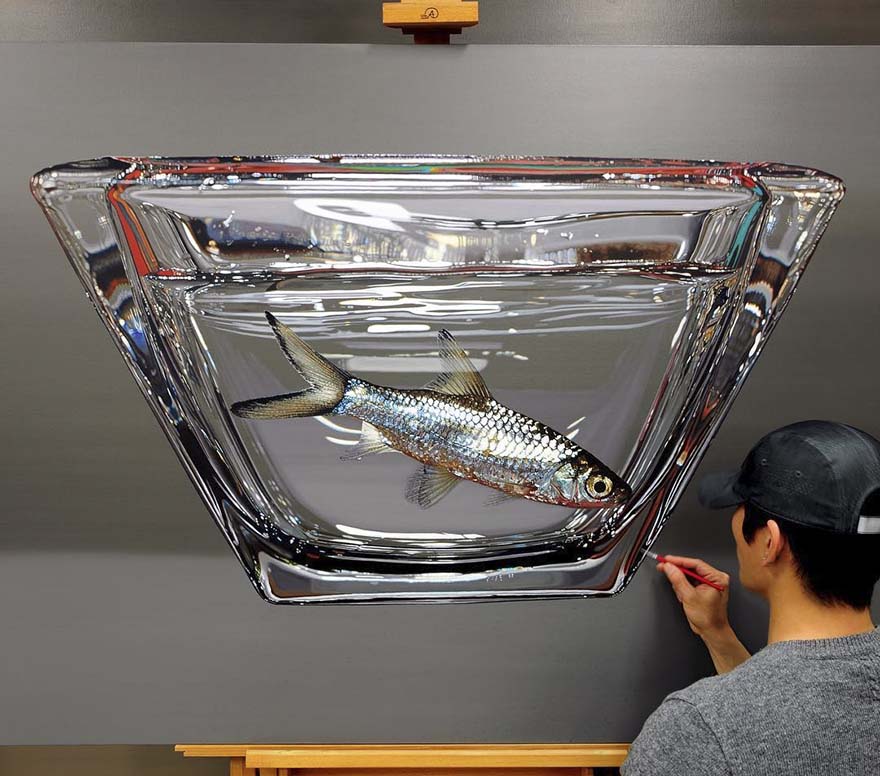 Here are fascinating photos that look unbelievably like oil, acrylic or watercolor paintings. They were taken by different photographers.

Photographer Oscar Ruiz is behind this shot of a housing development in Mexico.

“I was working as a helicopter pilot for a local radio station. I remember flying up to the highway that connects Mexico City with the neighboring state of Puebla, and this housing complex that seemed to go on forever caught my attention.

I decided to circle around to observe from up close what I later found out was the recently built San Buenaventura complex, which is located in Ixtapaluca, on the eastern outskirts of Mexico City.”

This particular photo is looking towards Tekoa Mountain from Steptoe Butte. “The rainbow picture was taken at a place called Steptoe Butte – it’s an amazing geographical landmark right in the heart of the Palouse. It is a large butte that offers outstanding panoramic views of the very unique rolling hill landscape known as the Palouse.”

“Painted Dunes can be seen atop Cinder Cone at Lassen Volcanic National Park in California. The colors are a result of volcanic activity. The beauty is breathtaking. The vision, as you can see, is like an oil painting. God’s tapestry on Earth.”

The photograph, by Jianan Yu, is of Chaohu Lake, one of eight rivers and lakes in China.

Doesn’t this man look like he’s rowing in a lake full of paint? This is actually a real photograph of a heavily polluted lake in Anhui province, Taiwan. The green substance on the top of the water is algae.

David Orias is behind a series of wave photographs that look remarkably like oil paintings.

Orias uses long exposures and a telephoto lens to capture these stunning shots. He states, “Southern California has its fire season and sometimes this creates conditions of eerie orange light in the morning as the sunlight is filtered and scattered by smoke particles. This creates unusual and to some viewers unrealistic colors. I take the baseline colors and work with them to create a fine art appeal.”

National Geographic Photo Of The Day