Switzerland is mostly famous for its neutrality, its chocolate, and its Alps. But every country does something facepalm-worthy, and apparently for the Swiss, it’s repeatedly invading its tiny neighbor Liechtenstein.

In fact, it’s done it on so many occasions that when 170 Swiss infantry soldiers wandered more than a mile past the border on March 1, 2007, according to The Guardian, an interior ministry spokesman simply responded with, “It’s not like they stormed over here with attack helicopters or something.” Once they realized their error they hoofed it back to Switzerland and no harm no foul. Easy!

Australian Broadcasting Corporation says things weren’t so easy in 1968, when Switzerland threw real grenades on a ski resort during a live-fire drill gone horribly wrong. Luckily for Switzerland, Liechtenstein, and anyone who thought skiing was a great idea that week, no one was injured.

In 1992, five soldiers went on a training mission to the small town of Triesenberg, where they holed up in someone’s empty house and went about the business of their mission. The problem? No one realized Triesenberg wasn’t in Switzerland. Before the local authorities arrived (the neighbors snitched) the soldiers had made a dash for the border. 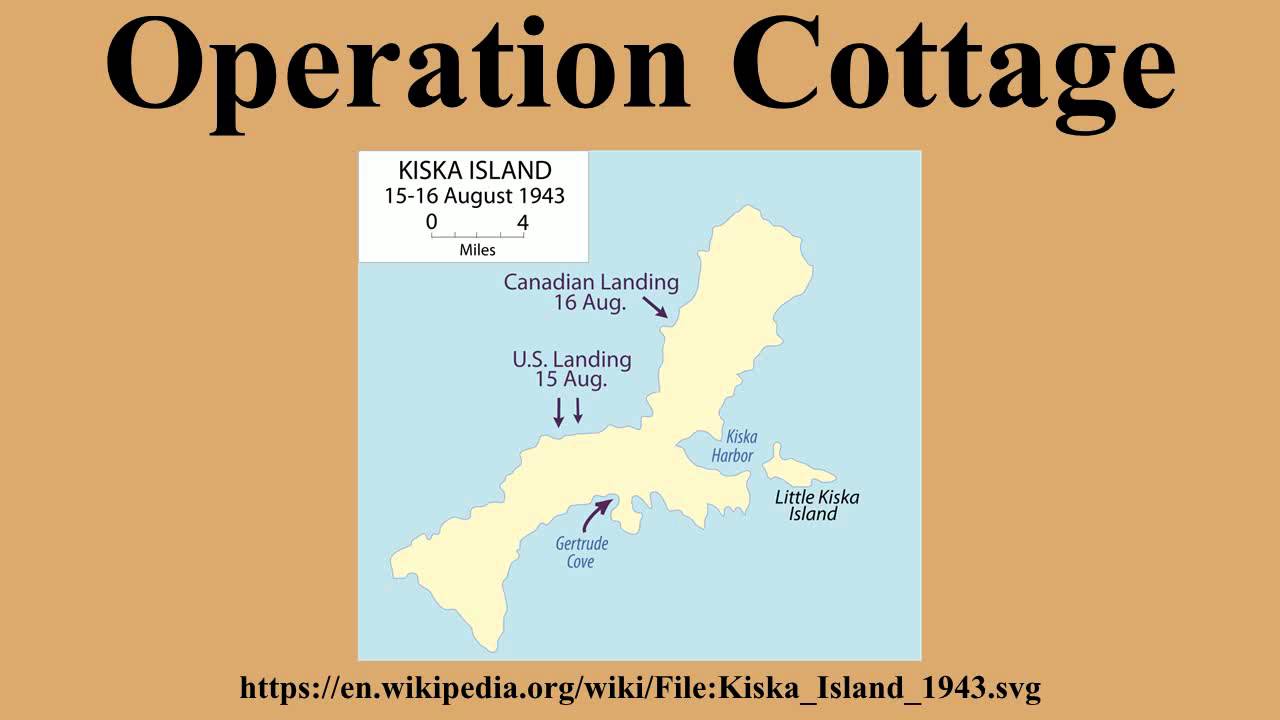 It’s a toss-up whether this one goes to the USA or Canada as far as being an embarrassment, as it did a number on both countries. As told by researcher Del C. Kostka, on August 15, 1943, U.S. and Canadian forces launched an amphibious attack on the northern Pacific island of Kiska. They fought the Japanese hard, carrying on through zero-visibility fog, rain, and cold for two solid days of machine gun and artillery fire.

The problem? The Japanese had sneaked through the Allied blockade of the island three weeks before, leaving the Canadians and Americans alone to fire on each other.

The War of the Emus: Australia’s crushing defeat 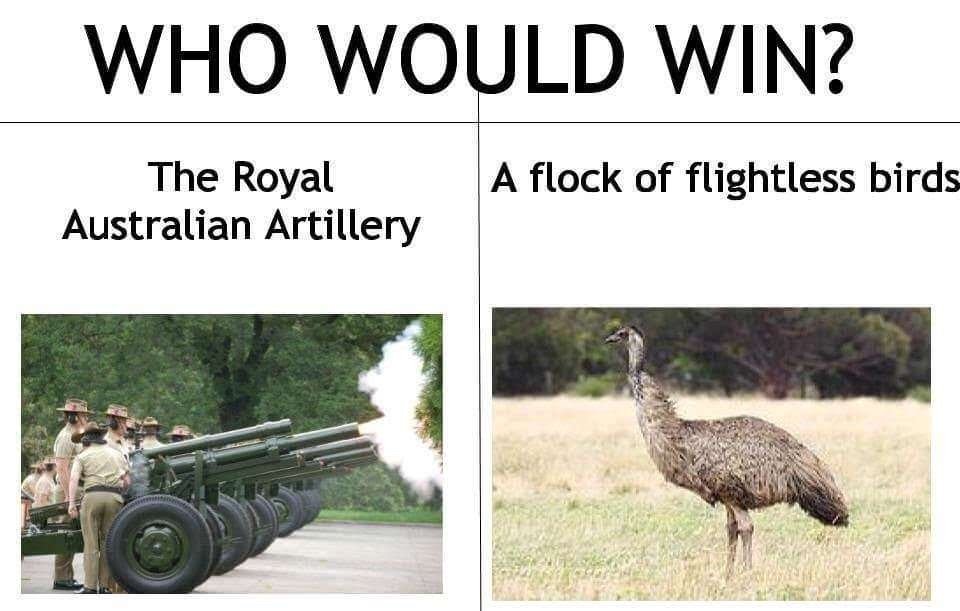 Everything in Australia is already trying to kill you. From giant spiders, to kangaroos with personal vendettas, you’re pretty much in danger from the moment you step out your front door.

But in 1932 the military got involved. Emus, those 100-pound, flightless birds that are kinda cute when you see them on television, are apparently invincible marauders that were raiding and destroying crops en masse in the 1930s.

In fact, they had already kicked some farmers off their land by the time the agricultural community requested government aid. So on November 1, 1932, a small armed party of the 7th Heavy Battery led by Major C.W.P. Meredith set out for an area near Campion to defeat the emus. Armed with machine guns and 10,000 rounds of ammunition, the men were in good spirits. But when the initial encounter with the tough birds proved their skin was nearly impervious to all but the most direct hits, things took a turn.

The next day, Meredith’s men ambushed about 1,000 emus (multiple machine gun nests firing from several directions), but didn’t even manage to kill a dozen of them. The campaign lasted a full week until Meredith retreated on November 8, in a mixture of despair and awe. Meredith said of the flightless birds, “If we had a military division with the bullet-carrying capacity of these birds it would face any army in the world. They can face machine guns with the invulnerability of tanks.”

The accidental British invasion of Spain 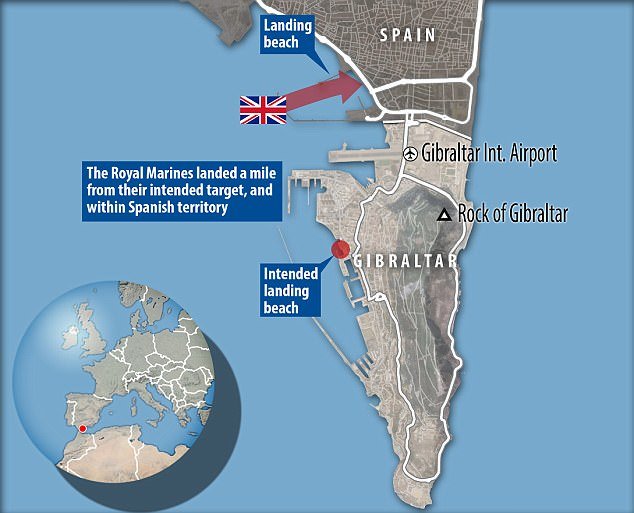 But in 2002 a few Britons apparently forgot where this little bit of British territory was. Apparently, a heavily armed platoon of British Royal Marines rushed the San Felipe beach in the Spanish town of La Linea (right next to Gibraltar), expecting fellow Brits with dummy fire. Though ready for a fake fight, they did have 60 mm mortars and SA80 assault rifles when they took their positions on the beach.

Well, they were met by a shocked fisherman who promptly informed them that they were not in Gibraltar. The good new is, the marines were able to make a speedy retreat and went off to find the actual Gibraltar. Pro tip, folks — you’ll see a big ol’ rock when you’re in the right place.

Lord West was First Sea Lord at the time and received the facepalm call from the commanding officer in charge of the mishap. According to the Independent, the officer reportedly said to Lord West, “I’m afraid we’ve invaded Spain, but we don’t think they’ve noticed.” They had, but thankfully these days a phone call and a laugh is usually enough to sort this out. A century ago, this could have started a real war. 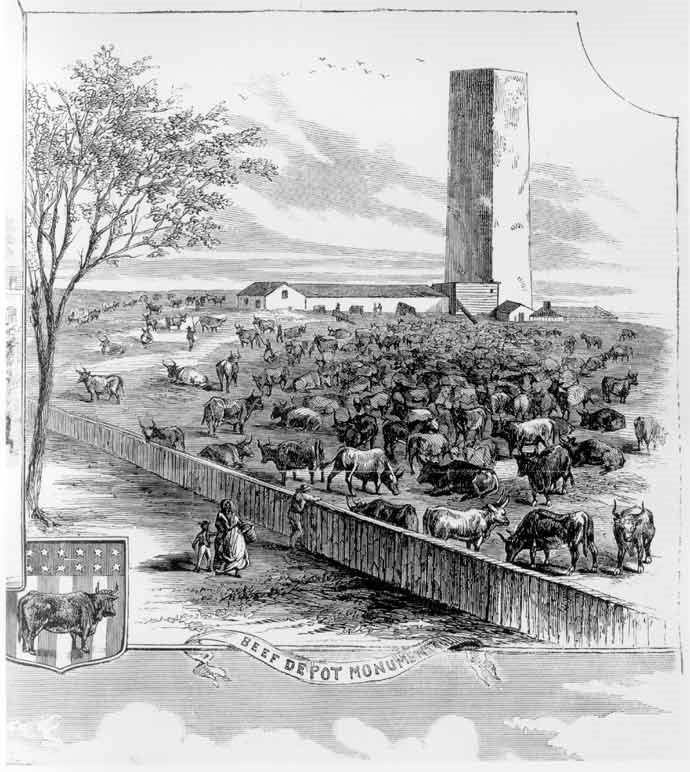 Most of us have laid eyes upon the impressive obelisk that stands in tribute to George Washington, or at least on photos of it. It might look awesome now, but like most cool things, it had a rocky road to completion.

That took some 37 years, which is why it’s not all one color, as seen above. Construction started on July 4, 1848, with the laying of the cornerstone. Interested parties were eventually invited to donate stones, including foreign governments, and that’s where it all started to go downhill.

Among the donated stones was one from Pope Pius IX, which was later stolen by anti-Catholic radicals and thrown into the Potomac. Then the Civil War happened. But the really great part is that during the war someone decided the monument would make a fabulous cattle pen and slaughterhouse. No, that’s not a joke. It was called the Washington National Monument Cattle Yard.

Following the war, because apparently a slaughterhouse wasn’t gruesome enough, it became known as, “Murderer’s Row” because a bunch of army deserters, escapees, and general riff-raff hung out there. Mark Twain famously commented at the time, of its not-so-impressive 176-foot pile of bricks that it, “looked like a hollow, over-sized chimney.” Ouch. In December 1884, the monument was finally completed at 555 feet tall.

Have you ever talked your way into a job that was way beyond your abilities? Not like Steven Seymour you haven’t.

Seymour was a freelance Russian-Polish translator who spent the ’70s doing odd jobs for the State Department. His actual level of fluency was far below what he told people it was. This likely wouldn’t have been a problem, had Seymour not decided to take a gig with the potential to cause a diplomatic incident. In 1977, the happy-go-lucky chancer accompanied President Jimmy Carter to Poland as his official translator.

In December that year, Carter disembarked a plane in Warsaw with Seymour at his side, and made what was meant to be a rousing speech affirming America and Poland’s shared heritage. Carter started his speech by saying he wanted to understand Poles’ desires for the future. Seymour managed to translate this as Carter wanting carnal knowledge of Polish people. Carter went on to say he was happy to be in Poland. Seymour confidently declared Carter wanted to grab his hosts’ genitals.

It gets worse. Carter praised the Polish constitution. Seymour said it was a global object of ridicule. Carter said he had left America on a short trip. Seymour said the president had left his homeland, never to return. To top it off, Seymour switched to Russian halfway through, apparently without realizing that only the chuckling KGB agents could now understand him.

Seymour later claimed the pressure got to him, causing him to mess up. But c’mon. When was the last time pressure made you accidentally make a pass at an entire nation?