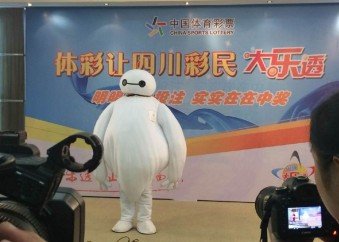 A Chinese man was recently in the news for not only winning millions of yuan in a lottery, but also for the bizarre costume he wore when he collected his prize. The man was so worried about revealing his identity that he dressed up as the popular Disney character Baymax!

Speaking to reporters, the man revealed that he had won 170 million yuan (approximately $27 million) even though he rarely buys lottery tickets. As for the strange costume, the man revealed that his wife forced him into wearing it, fearing that old friends and long-lost relatives might suddenly show up expecting a small share of the prize. But no costume can actually help him evade the mandatory 20 percent tax on lottery winnings, which adds up to about 34 million yuan. 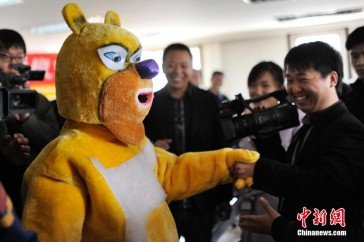 In October 2014, a man from Shanxi province collected his 520 million yuan ($85 million) prize dressed in a yellow bear suit. He actually wore the suit throughout a press conference, answering all sorts of questions from reporters. Unlike the Baymax man, this guy said that he routinely spent 20,000 to 30,000 yuan on lottery tickets each year. His persistence finally paid off when he won the third largest jackpot handed out in China’s history. 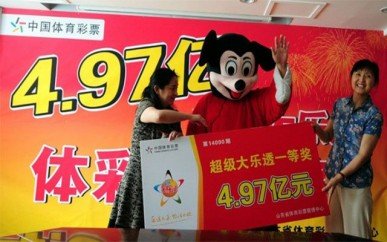 As it turns out, lots of Chinese winners tend to be very cautious about protecting their identity, to dodge thieves and relatives. So they turn up dressed in superhero masks or costumes. In fact the tradition dates back to about 25 years or so.