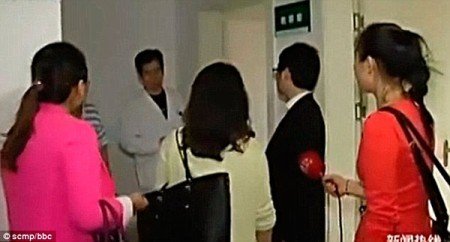 Chinese casanova has to leave hospital with police escort. When a man from China’s Hunan province got into a car accident last month, little did he know that his misfortune would actually affect his love life. 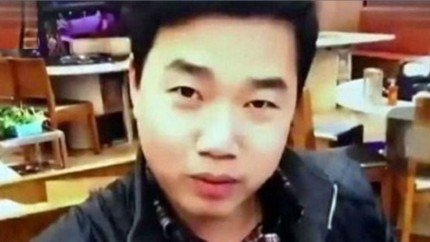 He was rushed to the hospital following the accident, where staff began contacting his loved ones. To everyone’s great surprise, no less than seventeen women turned up at the hospital, claiming to be his girlfriends. And it didn’t take them long to figure out that they were all there to see the same guy. It turns out that the man, whose last name is Yuan, had actually been seeing all those women simultaneously and swindling them for large sums of money.

Most of the women are from Hunan province – the oldest is 40, while the youngest, a student, is only 19 years old. He was apparently married to one of them, and had a child with another. When they came to know the truth, all 17 of them were understandably shocked, and later, furious. “I was really worried when I heard that he was in the hospital,” said Xiao Li, Yuan’s girlfriend of 18 months. “But when I started seeing more and more beautiful girls show up, I couldn’t cry anymore.”

The women’s claims led to a full-fledged police investigation, and that’s when shocking details about Yuan’s deception started to come out. It turns out that he was actually married at one point, but he had cheated his wife out of 250,000 yuan (about $40,000), before divorcing her. He then proceeded to meet several other women and convince them that he was committed to them, fleecing thousands of yuan in the process. Apart from the 17 women he was seeing in real life, his WeChat account revealed that he had a whopping 200 female targets online.

The police also discovered that Yuan’s trickery had spread out far wider than his love life – he was actually working in an engineering firm without ever having finished college. He had gained employment by fabricating a university degree in civil engineering, when in reality, he only had a high school diploma.

Once these incriminating details were out in the open, Yuan actually had to leave the hospital early with a police escort to protect him from his scorned girlfriends. In spite of everything that had happened, he apparently had the cheek to hug everyone of them on the way out and say: “Don’t blame me, you are all my wives.”

How Pandas Got Their Patches - Science And Mythology

With no job or relationship, Yuan has now returned to his hometown of Fulin along with his mother. The women he cheated are working with the police to get their money back. His case will be charged as a criminal matter and he will have to be tried in court for fraud.