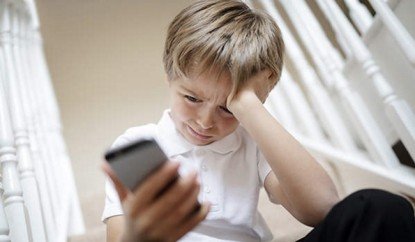 Bullying versus social media. Adolescence is such a difficult time in life. Although, kids can be very resilient, it is evident that our experiences during these times can have life-long effects.

Adolescents who are teased about their looks, weight, the clothes they wear or anything else, can develop complexes that follow them through life. Have you ever met the girl that was overweight when she was younger, is in great shape now, but still thinks she is “fat”? How about the guy that was the “geek” when he was younger? Now, despite the good looks and success to go with the smarts he always had, still lacks confidence.

Contemplating this makes me regret some of the mean things that I had said to my peers when I was younger (and less mature of course). I wish I could take it back. If I only would have known the impact of simple words on such a fragile mind, I wouldn’t have said it. If only there was a way to let kids know that the saying “sticks and stones may break my bones, but words will never hurt me” is not fully true. It does hurt, and a lot of times we don’t realize how much it hurts until later.

When I hear about kids being bullied through email, texts, and blogs, I get so worried for them. Not just the victims, but the offenders also. Embarrassing and regrettable incidents used to only have a few witnesses (when we were lucky). Now, in case someone missed it, it’s written in plain black and white. It can be forwarded, copied, posted and in more unfortunate events watched on video. All of this can be reviewed and replayed. Those of us that weren’t there can add “witty” comments, even absolute strangers, exacerbating the consequences.

I know we can replay events in our minds, but fortunately we don’t remember everything. With these easily accessible and vividly re-livable memories, we can traumatize ourselves over and over again. Additional emails get sent, comments posted and now the events can even go “viral”. All of this raises the stakes.

Now more than ever it is important to know the power of words whether said or written. The consequences of our actions have been amplified. We are being held more accountable for things that we say and do. Perhaps, now more than ever, it applies that if one doesn’t have anything nice to say nothing should be said at all.

Children: Promote Fine Motor Skills In Your Baby And Toddler