Asia’s Deadly Secret: The Scourge Of The Betel Nut 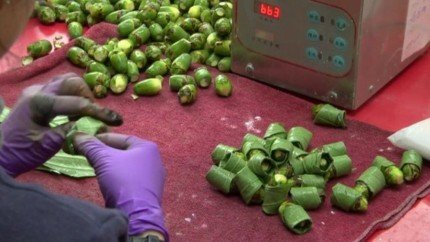 The scourge of the betel nut. It is used by almost a tenth of the world’s population. It gives people a buzz equivalent to six cups of coffee and is used variously as a symbol of love, marriage and a cure for indigestion and impotence.

But it is also leading tens of thousands to an early grave.

The culprit? The humble betel nut.

Found across Asia, these nuts are harvested from the Areca palm and are chewed for their warming glow and stimulating properties.

Such is its effectiveness, that alongside nicotine, alcohol and caffeine, betel nuts are believed to be one of the most popular mind-altering substances in the world.

Although used by women and children, the nuts are especially popular among working-age men, who chew to stay awake through long hours of driving, fishing or working on construction sites.

But the short-lived benefits come at a terrible cost.

High rates of oral cancer are destroying the lives of many who buy betel nuts, often decades after their first taste.

Now in Taiwan, where the nuts are affectionately known as ‘Taiwan’s chewing gum’, the government is taking action to curb this centuries-old habit and reduce the thousands of lives lost each year. 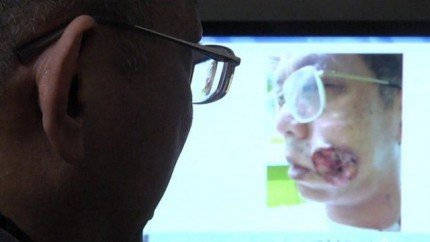 Like most people, Qiu Zhen-huang, 54, was completely unaware of the risks. A former gravel company worker, he chewed for ten years. Twenty years after quitting, he developed the disease.

“I started chewing betel nut because everyone at work did it,” says Mr Qiu. “We shared it with each other to build good relations.”

Three years ago, a small hole developed in his left cheek and in just three months, the tumour grew to the size of a golf ball and completely changed his life.

“Whatever I ate flowed out. I had a gauze pad over it. It hurt,” he said. “It affected me a lot. I was so ashamed I avoided going out.”

Each year, 5,400 Taiwanese men like Mr Qiu are diagnosed with oral cancer or pre-cancerous lesions and an estimated 80 to 90% of those also chew betel nuts.

An early symptom includes white or red lesions inside the mouth, but this can rapidly progress to grotesque flesh-eating tumours.

Unlike other cancers, these are difficult to hide, leaving sufferers physically and psychologically devastated.

“It’s miserable for them,” says Prof Hahn. “Sometimes, even after surgery, they still can’t perform basic functions, including expressing emotions through their face because the lower jaw also has to be cut depending on the scale of the cancer.”

Luckily for Qiu Zhen-huang, his cancer was treated and his cheek reconstructed.

I am really enjoying the theme/design of your web site.

Do you ever run into any web browser compatibility problems?

A handful of my blog readers have complained about my site not working correctly in Explorer but looks great in Safari.
Do you have any ideas to help fix this problem?