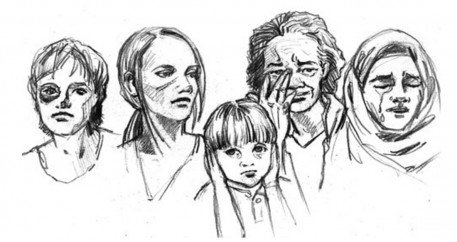 Are you being verbally abused? When we hear ‘verbal abuse’ we immediately imagine shouting, swearing and anger. If we listen quietly we can even hear the verbal abuse in our minds.

But there is another side to verbal abuse that is so devious that even the victim is unaware that they are being verbally abused over a long stretch of time.

This type of abuse usually originates from a mean unsympathetic and vengeful mind. This type of abuser makes you think that he is your only friend, but he gathers, in the meantime, your pain and insecurities as weapons against you. And when you step out of line in his eyes, he will push his finger into your wounds in a ‘gentle’ or ‘controlled’ manner … over and over again.

He will confront you with a gentle voice and will keep pushing you into a corner until you have no choice but to defend yourself. And this is just what he’s been waiting for. He will then have the opportunity to tell you how subhuman you actually are. And after the confrontation, with much hurting on your side, he will come to you, apologize for pushing you and then he will make you agree with him that it was okay that he spoke to you in that manner.

These psycho’s abuse you with ‘reason’ and they will do so whenever it pleases them to watch you squirm. It’s a hobby to them, to stimulate their boredom.

This person is not your friend. This person is a bigger threat to you than you could’ve ever imagine. He keeps you on your knees because it amuses him to abuse his control over you. You can’t trust this person. Run like hell from him.

It is very difficult to identify this type of abuser for one simple reason – they are very good at what they do, because this type of cruelty starts in a brilliant mind.

But here is guidance on how to recognize him

You must be very close to this person otherwise he wouldn’t have had this hold over you. He’s probably your other half, and he comes from a much more stable background than you. He is very confident and competent in the practical life. He seems like your rock in a stormy sea that will sweep you away without him. He takes care of you and make sure that nobody, literally, bothers you

You don’t know quite how it happened, but you woke one morning, doubting yourself in your inner core and with a stomach ache that made you want to vomit. It never went away. You’re diagnosed with some kind of neurotic condition like depression or manic depression or even something like schizophrenia, and you can’t get your hands on enough substances to dull the aching on your stomach.

Everyday is agony and you don’t know why. Months turned to years and here you are.

That ‘morning’ happened because your days are drenched in suggestive emotional blackmail, patronizing mind games and guilt daggers.

You forgot to buy milk at the supermarket and only remembered when you were back home again. Immediately he will grab the milk situation and use it against you. He will, for the next two weeks, ‘jokingly’ refer to you forgetting the milk to everybody that he could lay his hands on with remarks like :  ‘My wife, old alzheimer, forgot to buy milk. It’s a wonder she remembers her name. She’ll still be nobody if I haven’t saved her from herself.’  Then he will pat you on your knee and force you to confirm his words and even smile at it.

This is verbal abuse of the worst kind. It is very difficult to break the circle of this kind of abuse, because the abuser are very good in hiding his true intentions.

But when you think about it and you come to the conclusion that you are being abused and you want to stop it, there is a way …

That stomach ache that haunts you has a name – it’s called Fear. You permanently live in fear because you have to be on guard every waking minute of your life. You never know with what he’s going to side-swipe you with.

Turn the Fear into Rage. Become angry at him. Let your anger grow, day by day, until it burns like a white flame in you. Become bitter towards the abuser, because bitterness helps to fuel your rage. Your rage will make you strong enough to confront him, tell him exactly what you think of his sick games and put new rules of engagement into the relationship, or just walk away.

Once you’ve reached the Rage state, you will feel your own strength and you will see how pathetic he really is.

POST SCRIPT. Pack your bags secretly and run away in the middle of the day when he is not there, if you just don’t have the guts to face him that final time.  It’s okay.