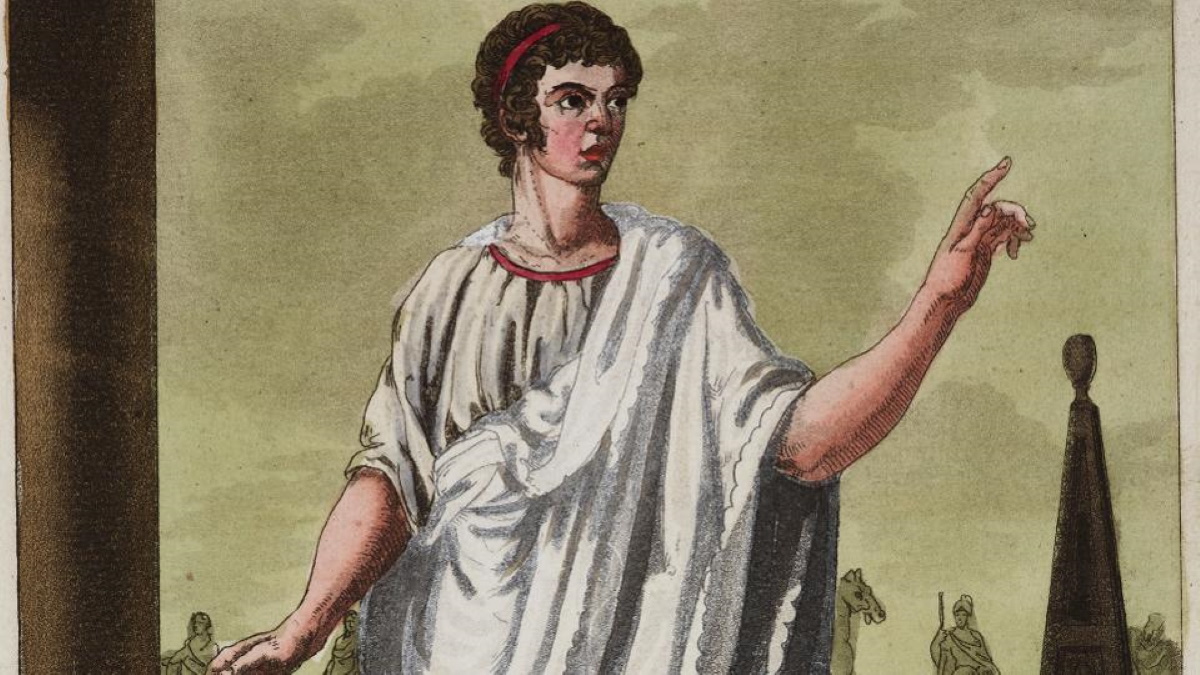 Being really weird was almost a prerequisite for being an ancient leader.

Ancient leaders in particular were under a lot of pressure to be all-knowing, all-powerful, and to also figure out what to do with thousands of concubines.

With those kinds of expectations, it’s no wonder that so many of them went a little bit bonkers or were just exceedingly strange in general.

In their defense, though, it’s pretty difficult to not be weird when you have the absolute power to solve your most stupid, random little problems in the most cruel and bizarre ways possible, and you can do so without fear of consequences.

The only thing we should really find surprising about that is that anyone who ruled the ancient world managed to actually make it to the end of their reign without destroying their entire kingdom in some ridiculous, self-centered way. 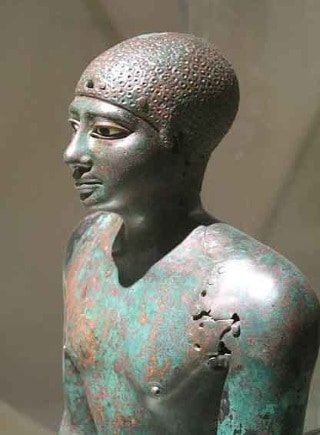 Flies are awful – we can all agree to that. But most people deal with flies by swatting them, or maybe chasing them with a tennis racket-shaped bug zapper.

If you’re an ancient leader, though, not only can you develop truly novel ways to deal with flies but you can do it in the most cruel way possible because what’s the point of being an ancient leader if you can’t also be a sadistic jerk?

The Pharaoh Pepi II ruled Egypt around 4,300 years ago. He reigned for between 64 and 94 years (sources differ) and he really, really disliked flies.

In fact, according to The Telegraph, he disliked flies so much that he devised a unique way of dealing with them: He’d pour honey on random naked slaves, turning them into living stick-a-flies.

Evidently this was pretty effective, but if it was really just the honey that did the job, one has to wonder why Pepi couldn’t have just smeared honey all over a statue of his least favorite relative or something.

Of course, it’s hard to be a sadistic jerk if you’re only humiliating a statue. Priorities.

What is it they say about gilded cages, again? 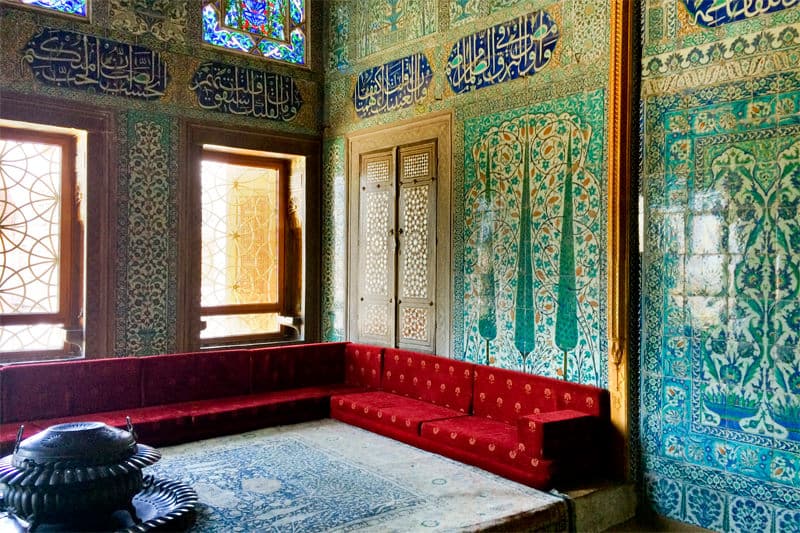 Though it doesn’t take a psychotherapist to know that if you raise your kid in a prison, your kid will grow up to be weird — even if you name that prison something nice, like “the golden cage.”

The Ottoman Empire wasn’t actually “ancient” history, but it reads a little bit that way. The Ottoman princes lived in a “golden cage,” which was basically just a windowless chamber where they would spend all their time so as not to do anything troubling like overthrowing the current ruler or getting daily exercise. That was life until they ascended to the throne.

According to The Ottomans, when Ibrahim’s brother died in 1640 and it was his turn to take the throne, he was so insane from years of confinement that he refused to come out of the cage unless he saw his brother’s corpse. And after he did come out, he did nothing except hang out with his harem and roll around on furs. He was so obsessed with furs, in fact, that the French called him “the fur-man.” 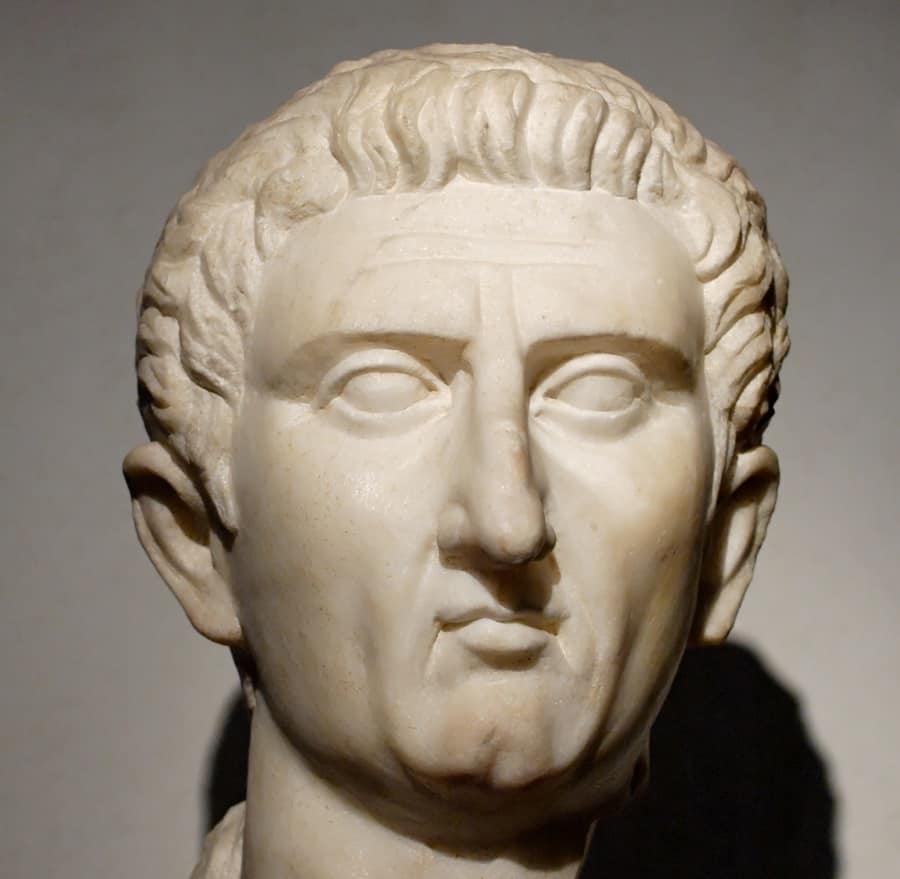 The Roman emperor Domitian, who ruled from 51 to 96 A.D., was as bald as a cue ball and really didn’t want anyone to know about it – so he made sure artists always portrayed him with flowing locks.

Domitian was cruel and also really into arena sports, which was a terrible combination in a Roman emperor. He especially liked to watch gladiatorial combat between women and dwarves, and his sadistic personality also spilled over into his relationships with others.

He liked to psychologically torture those he planned to kill — according to Mad Monarchs – he would sometimes invite enemies to a friendly dinner, send them home that night feeling safe and secure, and then surprise them with an executioner first thing the next morning.

A decision so difficult only a goat could make it 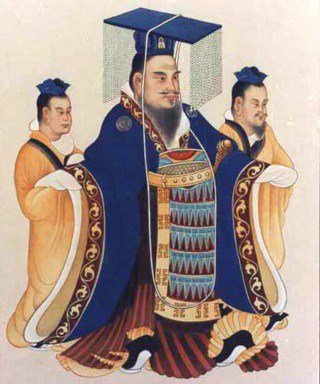 Ancient Chinese rulers usually had bunches of concubines. Some of them had so many concubines that if they spent one night with each one it would take years to get through the whole lot.

Emperor Wu, who took the throne of China in 265, defeated his rival Sun Hao and then ended up with an extra 5,000 concubines. Suddenly the great emperor found himself paralyzed with indecision because how exactly does one decide which of 5,000+ concubines to spend the night with?

If you answered “goats,” you’re like no one else ever in the history of anything because having goats decide the trajectory of your love life is straight-up crazy. But according to the Biographical Database, that’s exactly what Emperor Wu did — he climbed aboard a little cart pulled by goats, let them go wherever they felt like going, and then he’d spend the night in the first place where they stopped, which for his sake was hopefully not the pasture where all the rest of the goats were.

Anyway, the ladies knew this, so they would put salt licks and bamboo and other things goats are into in front of their doors in hopes that the emperor would stop. And then they would try to pretend like they weren’t romancing a crazy person whose social life was controlled by ruminants.

A biting sense of humor 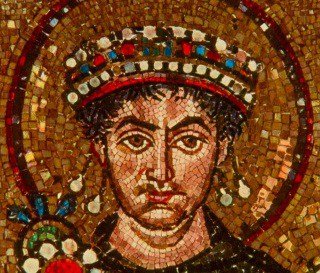 In 565 A.D. an emperor named Justin II rose to the throne of Byzantine, and for a while he was a pretty okay emperor. He expanded the empire by acquiring lands in southern Europe and Italy, and he was fairly tolerant of religious differences in his kingdom. But then he made the dubious decision to invade Persia. Not only were the Persians totally not cool with being invaded, they also decided to do a little reciprocal invading, and pretty soon the Byzantine city of Dara was in Persian hands.

At this point, Justin started behaving badly.  Instead of drunken chariot racing and resisting arrest, though, this particular Justin mostly just bit everyone who came close to him and ordered his musicians to constantly play organ music in the hope that it might help calm his nerves. Ah yes, the calming tones of an organ. Justin’s wife was finally able to convince him to adopt as his son a military leader called Tiberius — Tiberius took over Justin’s royal duties and eventually became the new emperor of Byzantine. Here’s hoping his first royal decree was to put an end to the organ music. 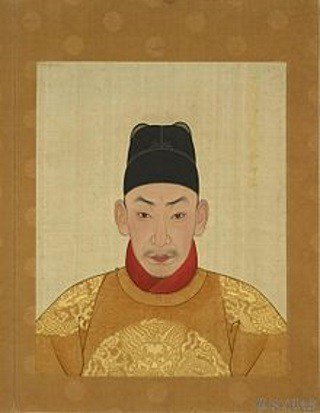 Zhu Houzhao came to the throne when he was 13 years old, which is actually not that young by ancient ruler standards but is absolutely insane from the point of view of anyone who’s ever tried to convince a modern 13-year-old that true responsibility goes far beyond remembering to charge your cell phone every night. Most 13-year-olds can’t be trusted to brush their teeth consistently, let alone rule an entire kingdom.

So when Zhu Houzhao rose to power it shouldn’t have been too surprising that he wasn’t ready to leave his childish pursuits behind him. Unfortunately, his childish pursuits did not just consist of first-person shooters and sleeping until lunchtime. Zhu Houzhao liked to pretend-play, and that meant that his entire entourage had to also pretend-play or fear the typical angry-ruler-smiting of the time.

According to historian David M. Robinson, the emperor’s games ranged from rather harmlessly pretending to be a shopkeeper to roaming the streets in disguise and kidnapping the daughters of wealthy families.

He also invented an alter ego named Zhu-Zhu, mostly so he could tell everyone how awesome Zhu-Zhu was. And this wasn’t just something he did while he was still technically a kid — Zhu Houzhao kept on acting like a child until he fell out of his fishing boat into the Grand Canal, nearly drowned and languished for a few months until he died at the age of 29. 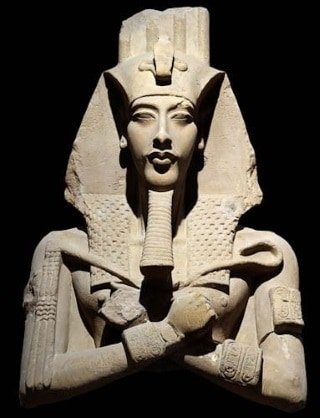 Imagine if the leader of your nation decided everyone had to start worshiping a smiley-face. And also, all evidence of the old religion would be erased and replaced with pictures of the smiley-face.

The pharaoh Akhenaten’s god wasn’t exactly a smiley face but it was literally a yellow circle with rays coming out of it, and Akhenaten told everyone it was the one and only god, which was quite shocking and upsetting for a population that had always had seriously badass jackal-headed gods and eagle gods and zombie gods.

According to LiveScience, Akhenaten (called “the heretic king” by his own people) was so obsessed with his lame sun god disk thingy that he built a whole new capital in the god’s honor, and he chose the location mostly because the sunrise looked cool there.

The new city prospered until Akhenaten’s death, when pretty much all of Egypt set out to not only pretend like he never existed but also erase him from history, much in the same way he’d tried to erase the old gods. They were so successful, in fact, that no one ever heard of Akhenaten until the 19th century, when some inscriptions were found that mentioned his name.

Incidentally, Akhenaten is now credited with spearheading the world’s oldest known monotheistic religion. He was also the father of the most famous pharaoh of them all: King Tut. Not bad for a weird heretic king.

Are you making fun of me? 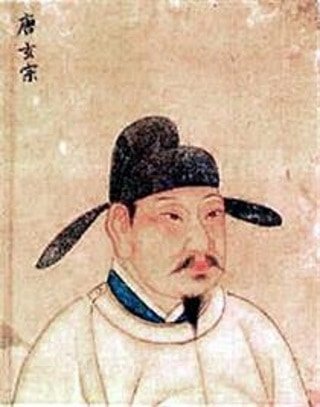 Ancient leaders were programmed to be extra-paranoid. First, there was the problem where there was always someone who wanted to overthrow you, and anyone not trying to overthrow you this week was going to try next week. So you were constantly on the lookout for poison, assassins, and honey-covered slaves who were really sick of standing around attracting flies all day long. That kind of paranoia was bound to nurture lesser paranoias, which would often morph into irrational behavior.

Such was the case of Fu Sheng, who was blind in one eye and was sure everyone was making fun of him for it. In fact he was so sure that he not only made it a crime to talk about his one lesser eye, but to talk about one lesser anything.

According to Ancient Origins, Fu Sheng banned the words “less,” “lacking,” “missing,” and “without,” which means if you were hanging out with Fu Sheng and you said the words, “Crap, I left the house without my coin purse this morning,” you’d be executed.

Fu Sheng wasn’t just a jerk about the whole eyeball thing, he was pretty much just an all-around jerk. When his astrologers prophesized that there was going to be some major royal death in China if he didn’t mend his ways, he decided he was just going to fulfill the prophecy deliberately. So he executed his wife, his father-in-law, and his uncle. Take that, prophets.