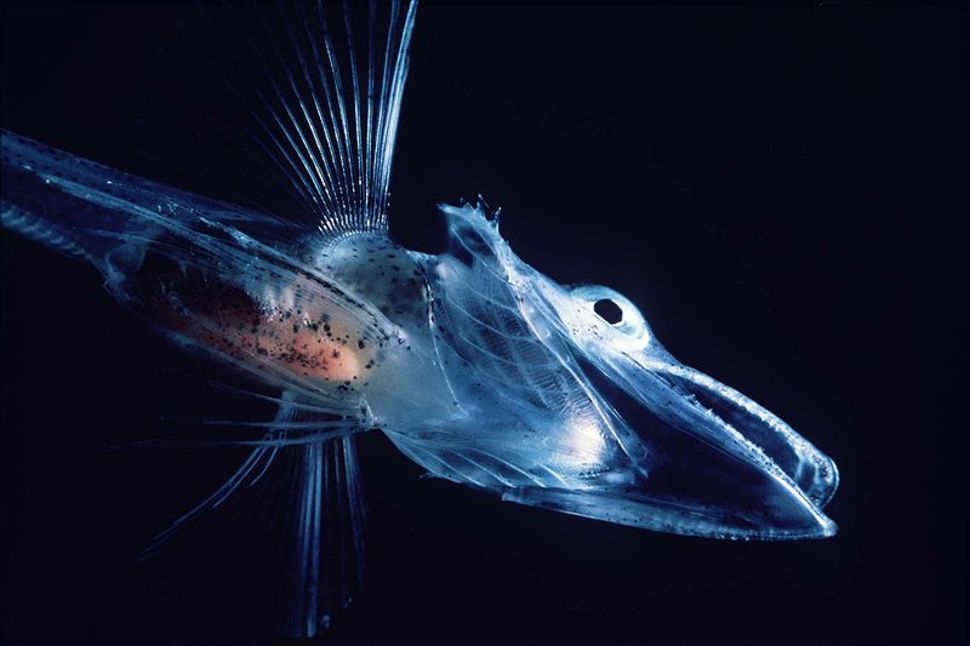 There are strange and amazing creatures living in our world, and some of the most intriguing of these animals are the ones that are transparent. There are many types of species that have see-through bodies and here is a look at the 11 Transparent Creatures In Our Planet. 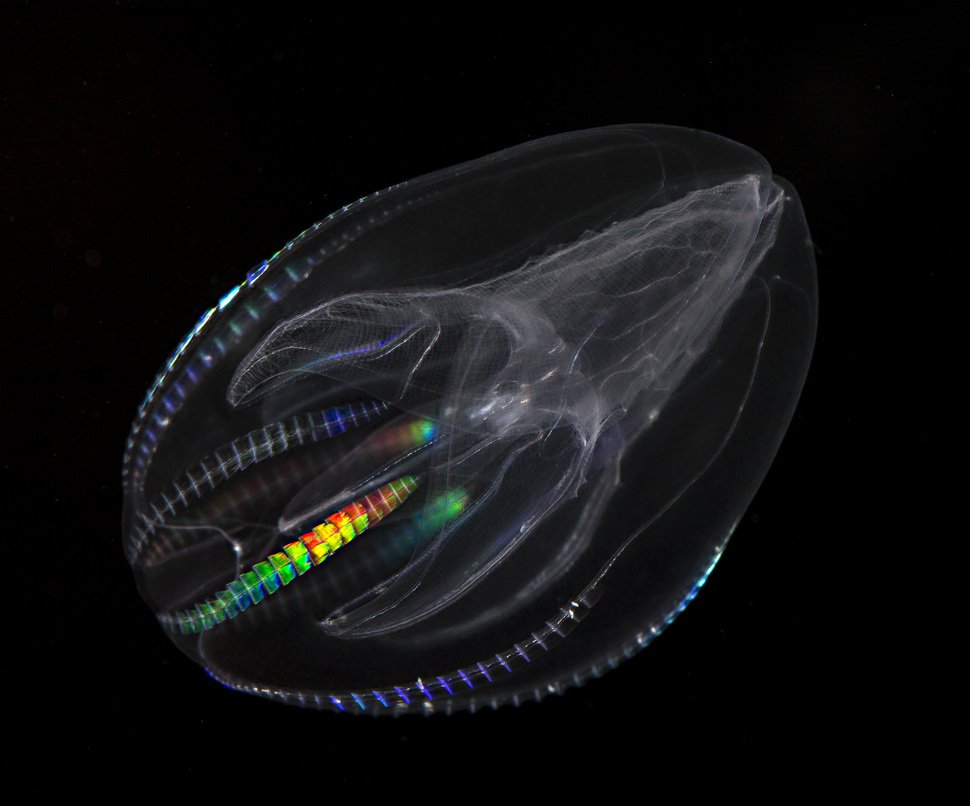 Sea walnuts are not true jellyfish, instead they belong to a group of animals know as comb jellies.  Comb jellies have no stinging cells, but instead use sticky mucous to catch their prey.  These animals get their name from rows of paddle-like hairs called combs.  Like tiny prisms, the combs refract visible light into a pulsing rainbow.

The Crocodile Icefish are found in the cold waters around Antarctica and southern South America, they feed on krill, copepods, and other fish and their blood is transparent because they have no hemoglobin or only defunct erythrocytes. Their metabolism relies only on the oxygen dissolved in the liquid blood, which is believed to be absorbed directly through the skin from the water. 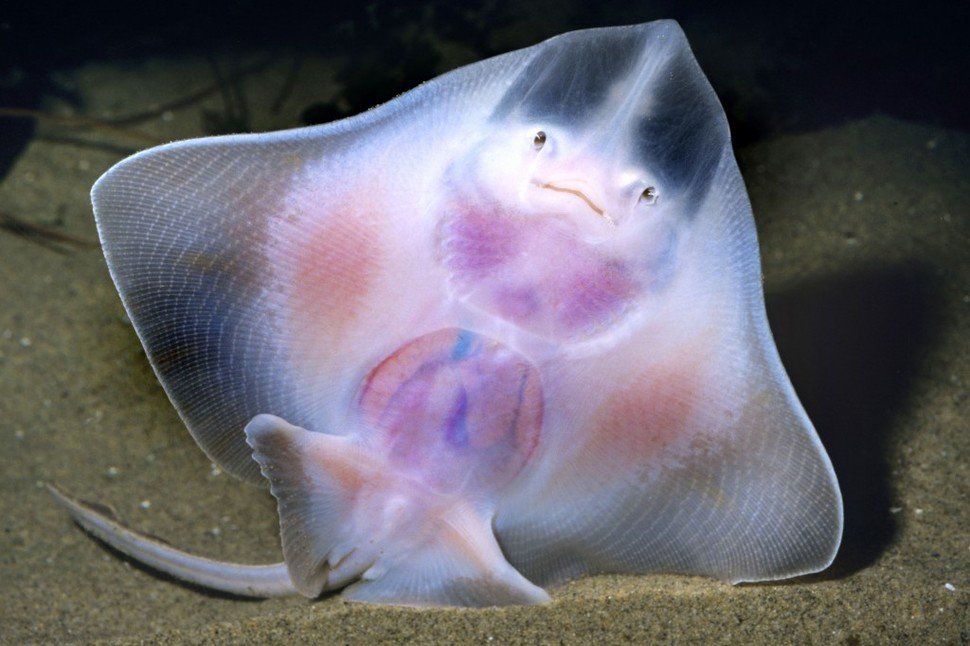 The Big Skate’s body is body is flattened and disc-shaped, with the pectoral fins broadly expanded and joined to the head and body. In this species, the tip of the snout and tips of the pectoral fins are acutely pointed, forming a diamond-shaped disc. The tail is distinctly demarcated from the disc, relatively narrow, and about as long as body length. An irregular row of approximately 33 thorns run from the end of the back, down the tail to the first of two dorsal fins. The small eyes are positioned on the upper surface relatively far back, while the mouth appears on the underside, along with the five gill slits. Mottled colouration on the back includes browns, reddish-browns, dark greys and blacks, with occasional small pale spots and scattered dark blotches, while the underside is white. The species’ name ‘binoculata’ means two eyes, referring to the prominent dark ocellus (eye-like spot) on the upper surface of each pectoral fin. Biologists believe this illusion of eyes may confuse potential predators by making the skate appear much larger than it is. 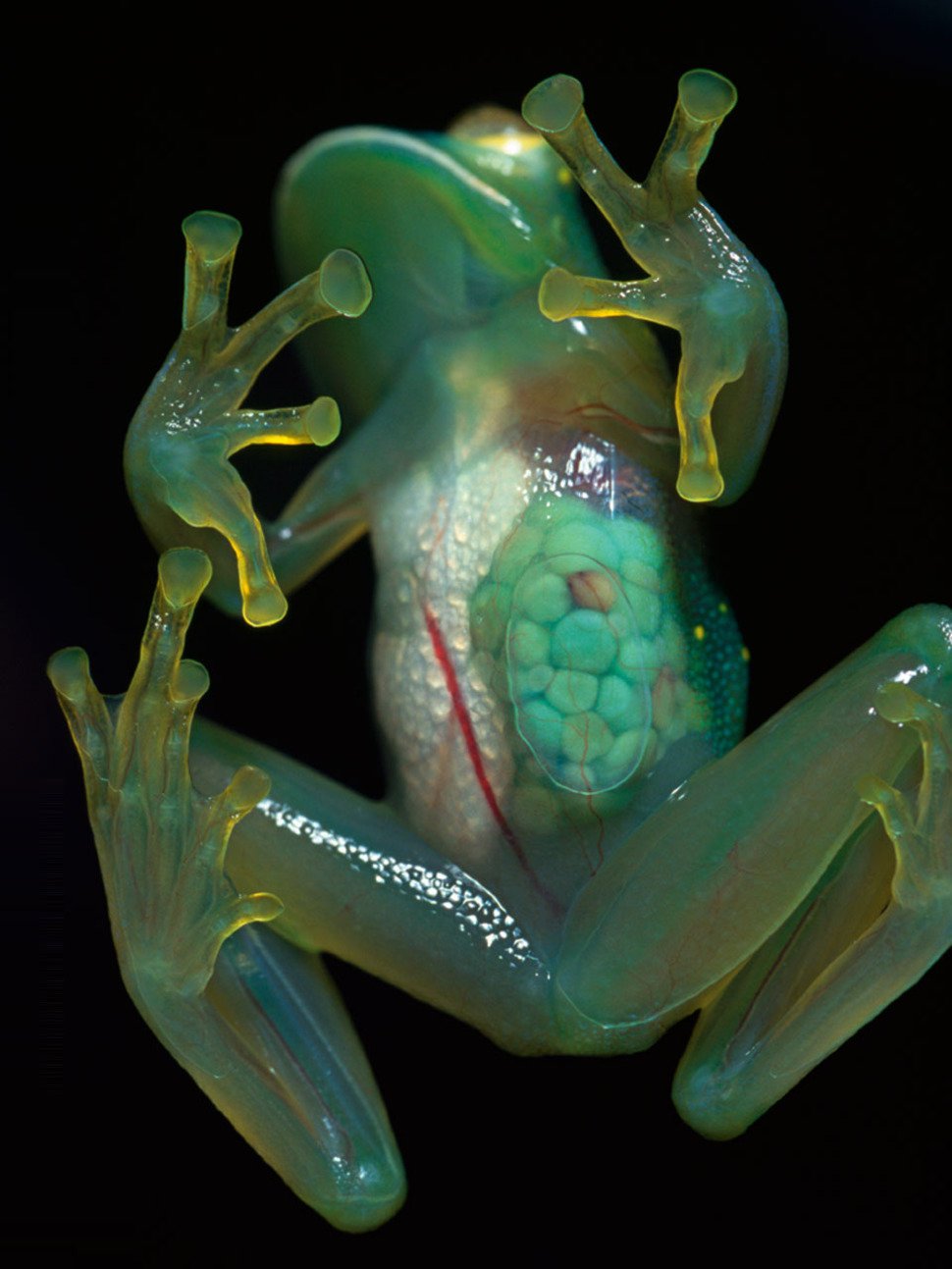 The Glass frogs are native to Venezuela an belong to the amphibian family Centrolenidae. While the general background coloration of most glass frogs is primarily lime green, the abdominal skin of some members of this family is transparent, so that the heart, liver, and digestive tract are visible through their translucent skin. 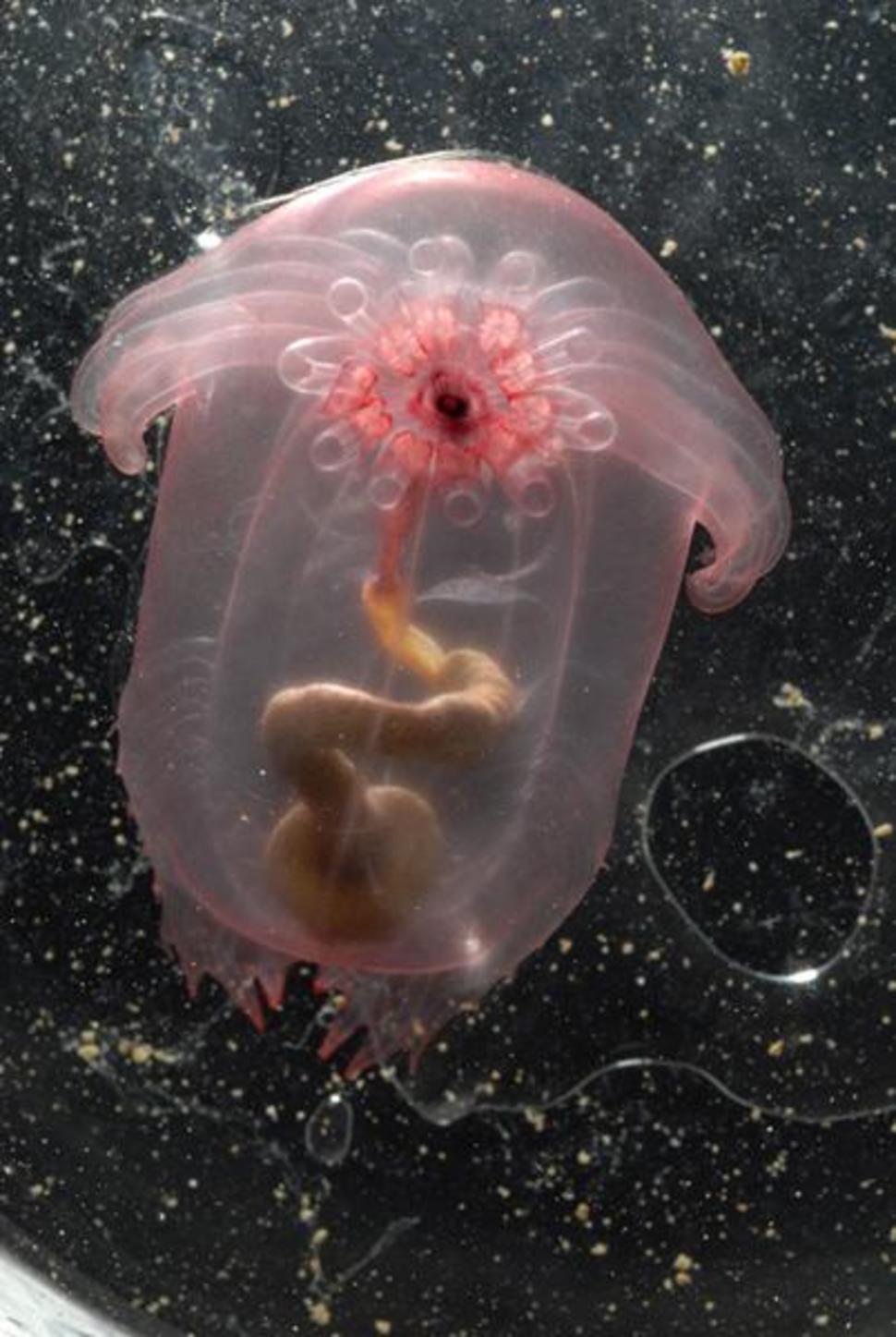 Recently discovered by researchers with the Census of Marine Life, this sea cucumber is so transparent that its digestive tract is on spectacular display.Found at a depth of 2,750 meters, it is one of many unusual finds discovered by a census of the deep sea. When encountered, this cucumber was creeping forward on its many tentacles at about 2 centimeters per minute while sweeping detritus-rich sediment into its mouth. 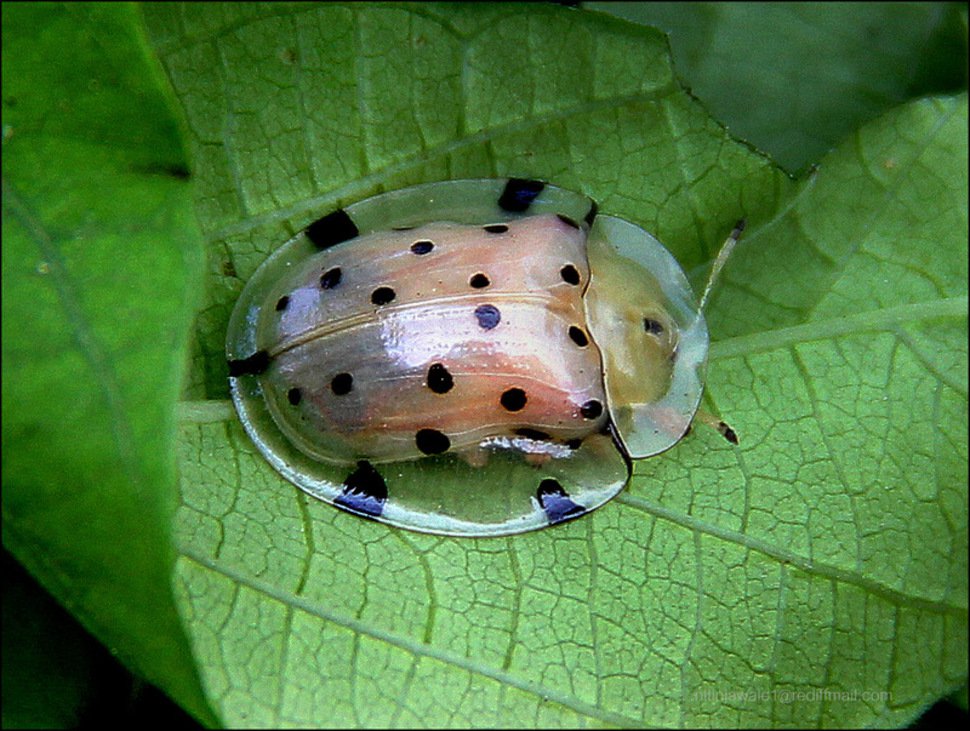 This remarkable beetle is not completely transparent, but it does have a carapace that is nearly invisible. The purpose of the transparent outer shell is to fool potential predators, as it reveals markings on its back that act as a warning.Tortoise beetle come in many different varieties, and the design under their clear shells can be distinct and beautiful. 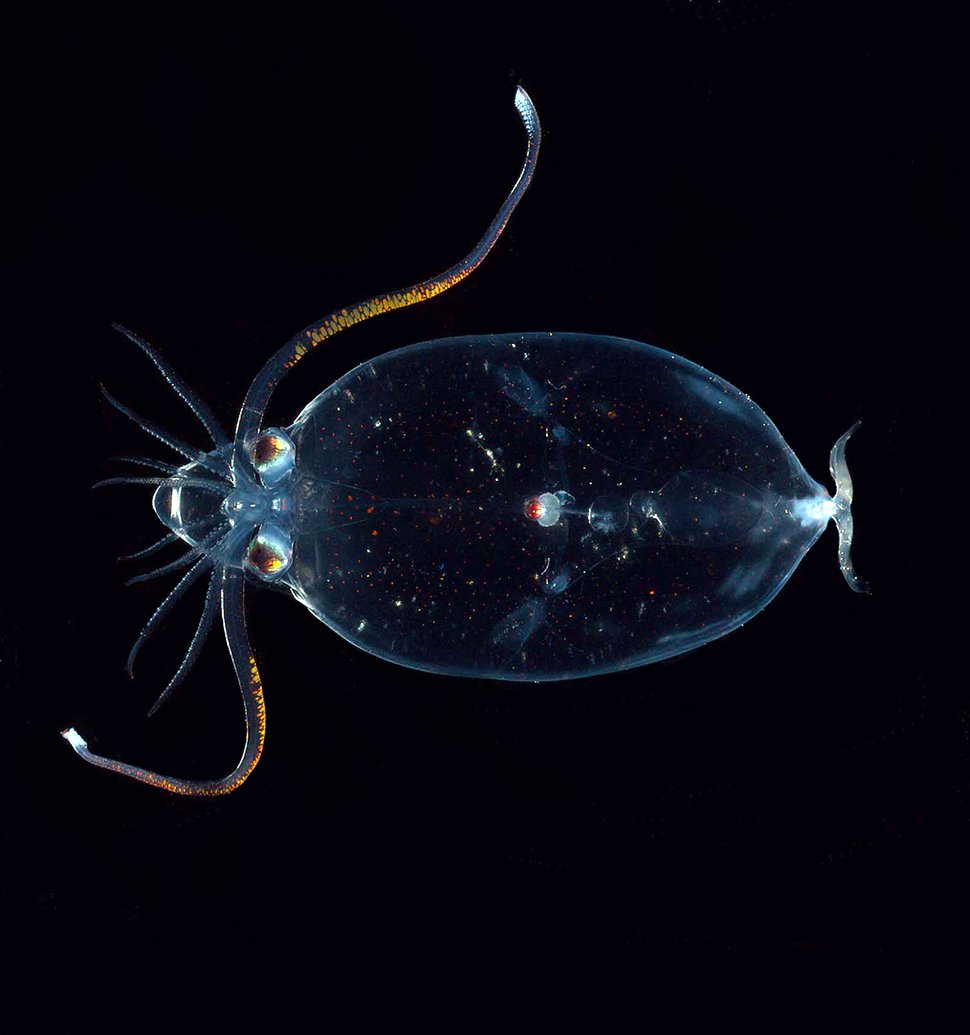 There are about 60 different species of glass squid, species of glass squid so-called because many of them appear completely transparent. This transparency keeps them hidden from predators, since they spend much of their lives in partially-sunlit, shallow waters.Many species are bio-luminescent and possess light organs on the undersides of their eyes. Since the digestive gland can still be seen through the transparent skin, it is typically held in a vertical position to reduce its visibility.

The fish is only 7 mm longer than the world’s smallest fish, and seems to only appear at night, but its bright blue belly caught the eye of the ichthyologists who spotted it was a new species and genus.

The species has been named as Cyanogaster noctivaga. ‘Cyanogaster’ means blue belly and ‘noctivaga’ means night wanderer. It is a strange little animal, completely transparent with an otherwise unique color pattern. 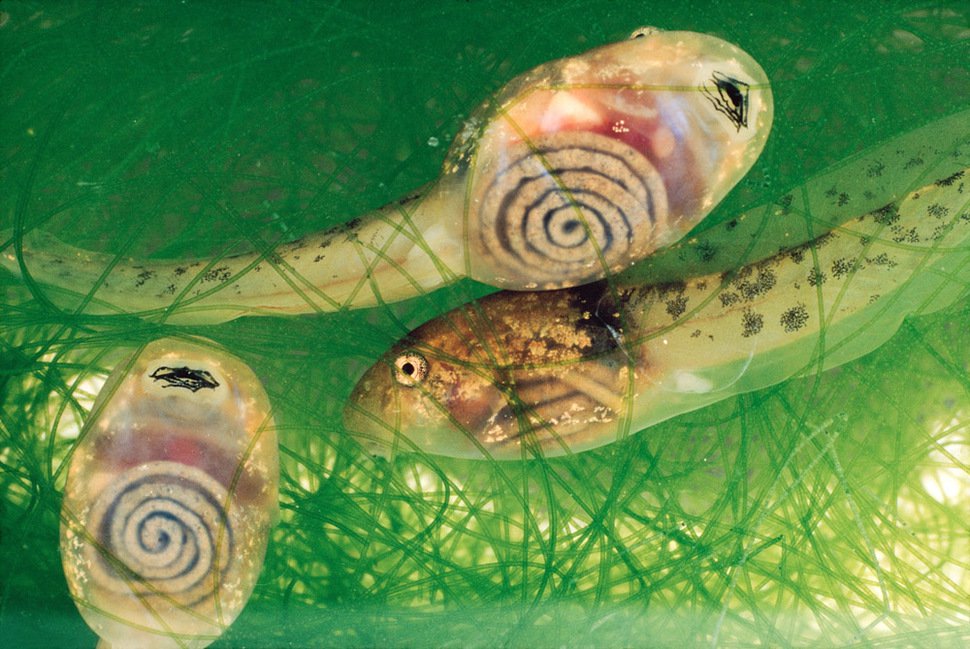 Within days of being deposited on a leaf overhanging a stream, tree frog eggs grow into recognizable tadpoles. Bulbous yolk sacs provide nourishment. As the wrigglers develop, the gelatinous outer membrane decomposes, perhaps triggered by a chemical change in the tadpoles. One by one, they slide off to a life of their own in the water. 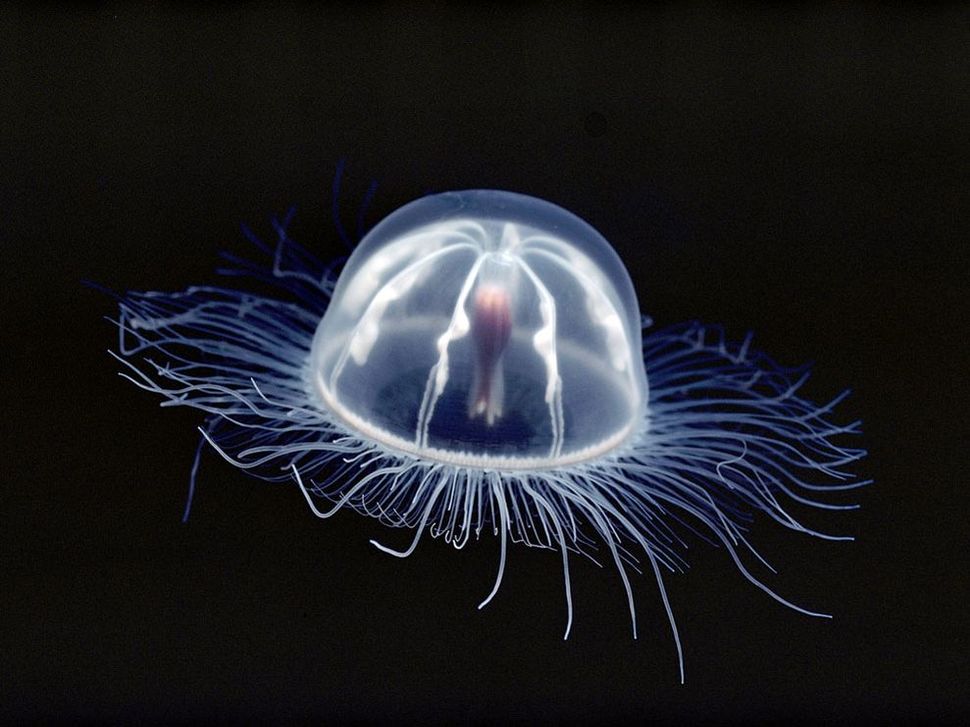 Perhaps the most well-known types of transparent creatures are jellyfish.

Many of the free-swimming members of the phylum Cnidaria are transparent, a trait that occasionally makes them hazardous because of their sometimes-deadly stings, which can surprise swimmers. Their translucent bodies also make them among the most elegant and beautiful of the ocean’s creatures. 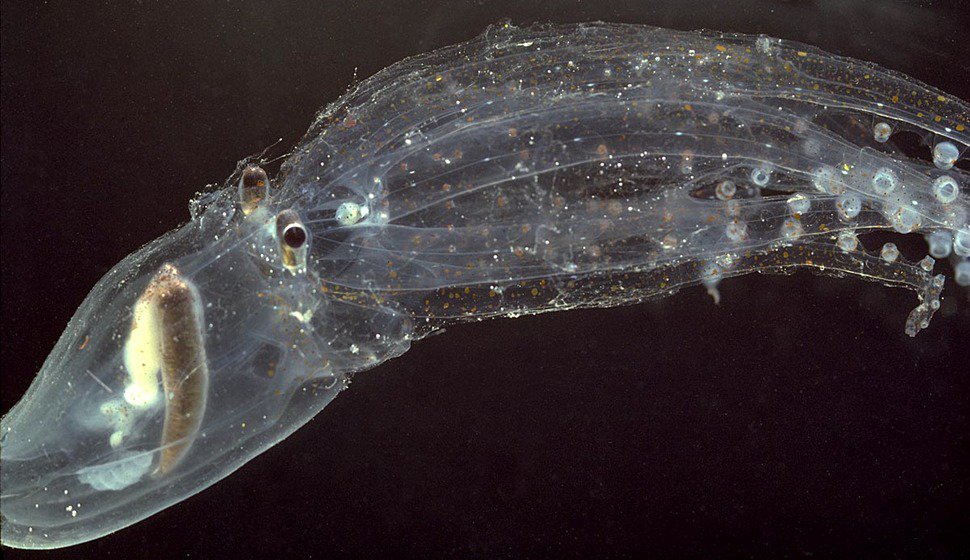 This unbelievable octopus is so ghostly and unusual that it occupies its own family, Vitreledonellidae. Little is known about this marine animal, but it can be found in tropical and subtropical waters around the world.
Thanks to its transparent skin, scientists know that its optic lobes have unusually long optic nerve stalks, meaning its sense of sight is acute. Your eyesight would have to be pretty good, too, to spot one of these ghosts.

So there you have it, some of the most bizarre and amazing transparent creatures that can be found on our planet and you have to admit some of them were pretty weird. That you never knew they’ve existed.